The Building of the RMS Titanic

RMS Titanic sank in the North Atlantic Ocean on April 15, 1912 after striking an iceberg during her maiden voyage from Southampton to New York City.

She was built by Harland and Wolff in Belfast, and of the estimated 2,224 passengers and crew aboard, more than 1,500 died - including Thomas Andrews, chief naval architect of the shipyard.

Harland & Wolff built over 70 vessels for the White Star Line, but the most famous were the Olympic?class vessels, Olympic, Titanic and Britannic, designed and built between 1908 and 1914. The ships were constructed on Queen's Island, now known as the Titanic Quarter, in Belfast Harbour. Harland and Wolff had to demolish three existing slipways and build two new ones, the largest ever constructed up to that time, to accommodate the ships. 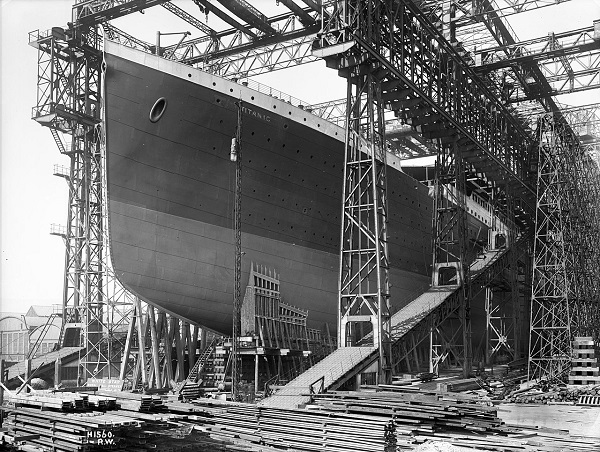 The construction of Olympic and Titanic took place virtually in parallel, with Olympic's keel laid down on December 16, 1908 and Titanic's laid down on March 31, 1909. Both ships took about 26 months to build.

The 2,000 hull plates were single pieces of rolled steel plate, mostly up to six feet (1.8 meters) wide and 30 feet (9.1 meters) long and weighing between 2.5 and three tons. Their thickness varied from one inch (2.5cm) to 1.5 inches (3.8cm). The hull was held together with over three million iron and steel rivets, which by themselves weighed over 1,200 tons. They were fitted using hydraulic machines or were hammered in by hand.

Titanic's center anchor was the largest ever forged by hand; it weighed nearly 16 tons. Twenty Clydesdale draft horses were needed to haul the anchor by wagon from the Noah Hingley & Sons Ltd forge shop in Netherton, near Dudley, United Kingdom, to the Dudley railway station two miles away. From there it was shipped by rail to Fleetwood in Lancashire before being loaded aboard a ship and sent to Belfast. 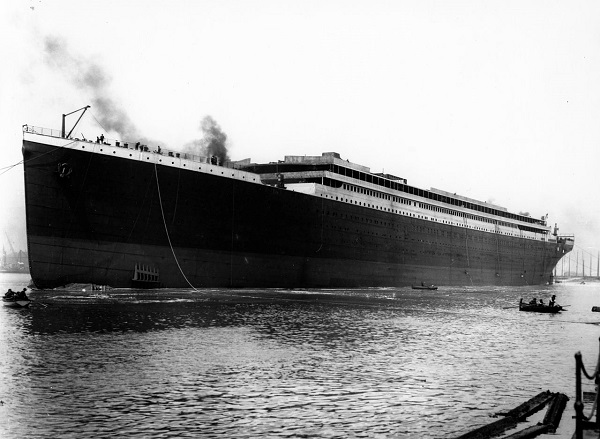 Titanic was launched on May 31, 1911. Twenty-two tons of soap and tallow were spread on the slipway to lubricate the ship's passage into the River Lagan.

Although Titanic was virtually identical to the class's lead ship Olympic, a few changes were made to distinguish both ships. The most noticeable exterior difference was that Titanic and Britannic had a steel screen with sliding windows installed along the forward half of the A Deck promenade. Extensive changes were made to B Deck on Titanic as the promenade space in this deck, which had proven unpopular on Olympic, was converted into additional First Class cabins. The À la Carte restaurant was enlarged, and the Café Parisien was added. 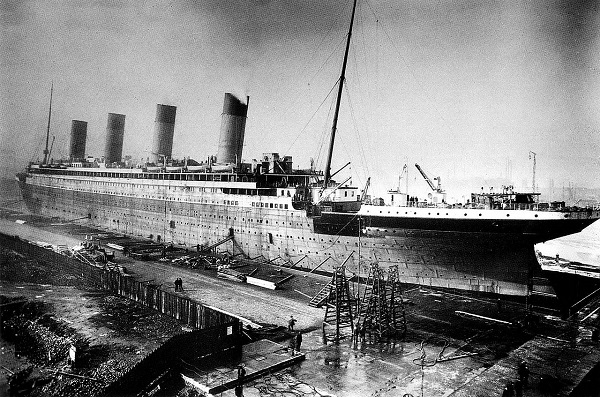 These changes made Titanic slightly heavier than her sister, so she became the largest ship afloat. The work took longer than expected, and her sea trials began on April 2, 1912, two days after her fitting out was finished and eight days before she was due to leave Southampton on her fateful maiden voyage.