Mega-Rocket Test Succeeds, but Not Landing at Sea

On Tuesday, aerospace firm SpaceX conducted the first test of its Falcon Heavy rocket, the heaviest capacity launch vehicle in operation today. The launch was a success, the rocket's dummy payload is in orbit, and two of three booster sections have returned to Earth for reuse.

Two side boosters from Falcon Heavy returning to Cape Canaveral

The Falcon Heavy is comprised of three of the company's Falcon 9 first stage boosters, which are designed to return to ground (or to a seagoing landing pad) for recovery. In earlier launches of the Falcon 9 - a single-booster variant that is designed to put commercial satellites into orbit - SpaceX has managed to recover the rocket's valuable first stage on a specially-equipped, DP-enabled landing barge. It has also successfully experimented with the recovery of its rocket nose cones at sea, using a modified crewboat with a grabbing device to catch each half of the cone. By bringing its equipment back to shore intact for refurbishment, SpaceX hopes achieve "full and rapid reusability" and greatly reduce the cost per launch.

The Falcon Heavy test required a highly complex, choreographed sequence of events. After takeoff, the two side boosters separated from the main body of the rocket and fell away. They reduced speed, rotated and flew back for a successful landing on shore. The center stage separated successfully and reentered the atmosphere, but the video feed aboard the landing barge cut off before touchdown. In a news conference later on Tuesday, SpaceX CEO Elon Musk said that the center stage was only able to relight one out of its three engines during landing, and it missed the barge and hit the water at 300 miles an hour.

Nose cone fairing recovery at sea was also listed as part of Tuesday's launch evolution, but it appears that it was not successful either. "Fairing recovery has proven surprisingly difficult. It turns out if you pop a parachute on the fairing you've got this giant awkward thing - it tends to interfere with the airflow on the parachute, and it gets all twisty," Musk said. "We've got a boat to catch the fairing - it's like a giant catcher's mitt in boat form." 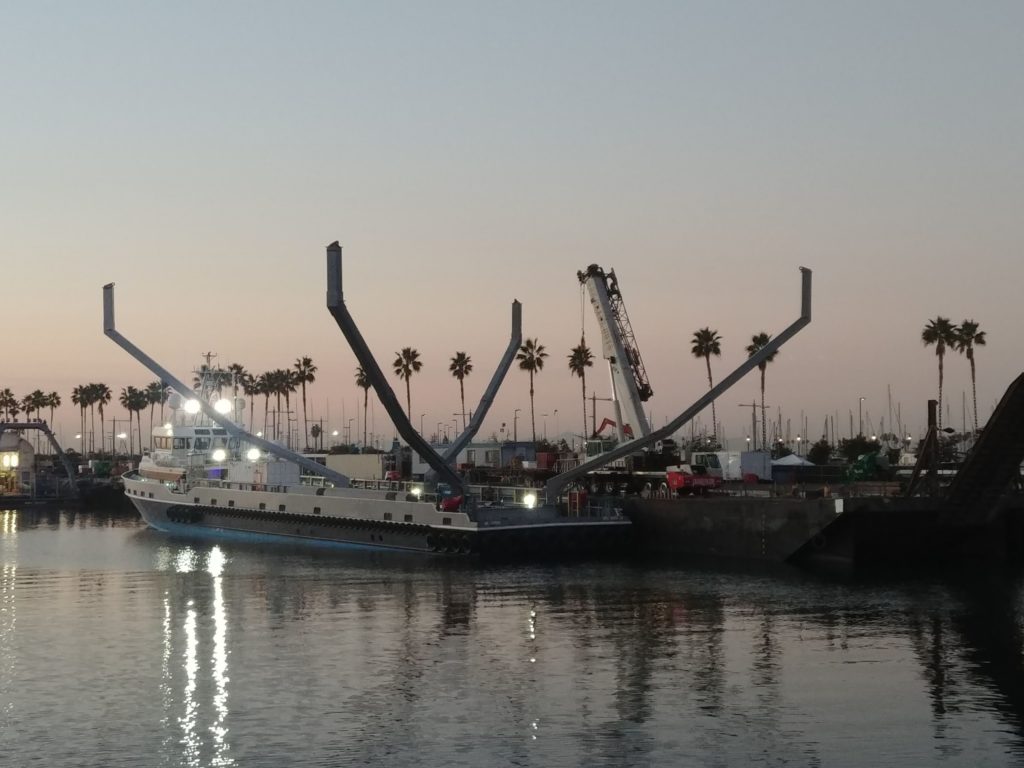 While the reusable components headed back to the surface, the second stage and its payload achieved orbital trajectory around Earth. If all is successful, SpaceX says, the payload will head for a slingshot orbit around the sun, then out into space. In a whimsical twist, the dummy payload is an actual dummy, seated behind the steering wheel of Musk's Tesla Roadster. (Musk is the charismatic entrepreneur behind both Tesla and SpaceX.)