The barque Sedov has become the first sailing vessel to pass through the Northern Sea Route in 150 years. According to her master, Capt. Mikhail Novikov, she encountered virtually no ice over the course of the voyage along Russia's Arctic coastline - a reflection of the unusually warm Arctic summer this year.

“We expected, at least, fine ice in the Vilkitsky Strait and Long Strait. But we passed almost all parts of the Northern Sea Route in open water - nowhere did we come across broken ice or icebergs," Novikov told russian outleft Neft.

The steel-hulled barque Sedov is the training ship of the Baltic State Academy in Kaliningrad, and she is one of the largest training sailing vessel in the world. She has been under way on a round-the-world expedition since 2019. In July, the the head of Russia's Federal Agency for Fisheries, Ilya Shestakov, announced that the Sedov would complete the Asia-to-Europe segment of her voyage by traveling westwards on the Northern Sea Route. 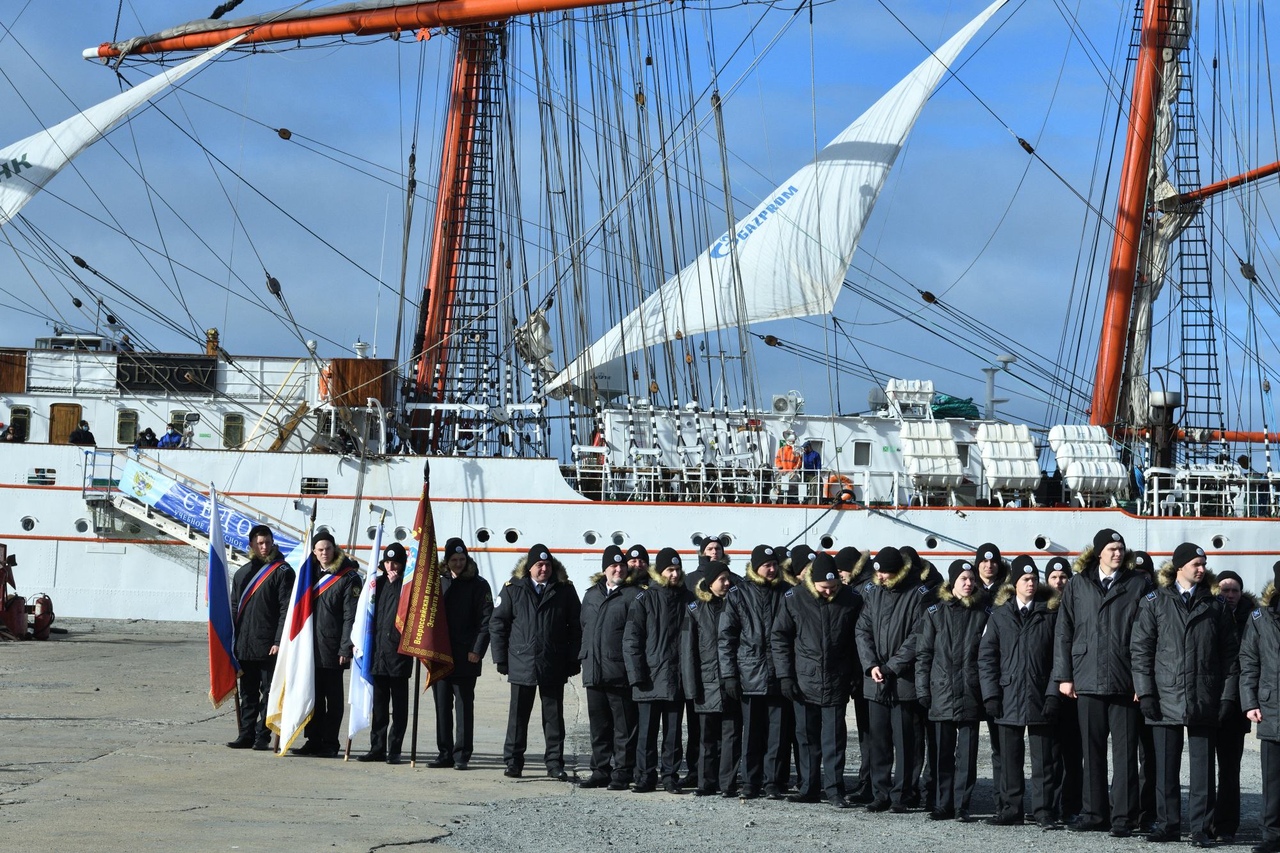 Sedov departed Petropavlovsk-Kamchatsky and arrived at the port of Pevek - Russia's northernmost town - on September 18 in order to take on fuel. As she headed west and transited the notoriously ice-clogged Laptev Sea, the air temperature had not yet dropped below zero, and ice had not yet been seen on the route. The dangerous Vilkitsky Strait was also ice-free. Though she motored for most of the voyage, she managed to cross the Chukchi Sea, part of the Laptev Sea and part of the East Siberian Sea under sail alone, an unexpected possibility. 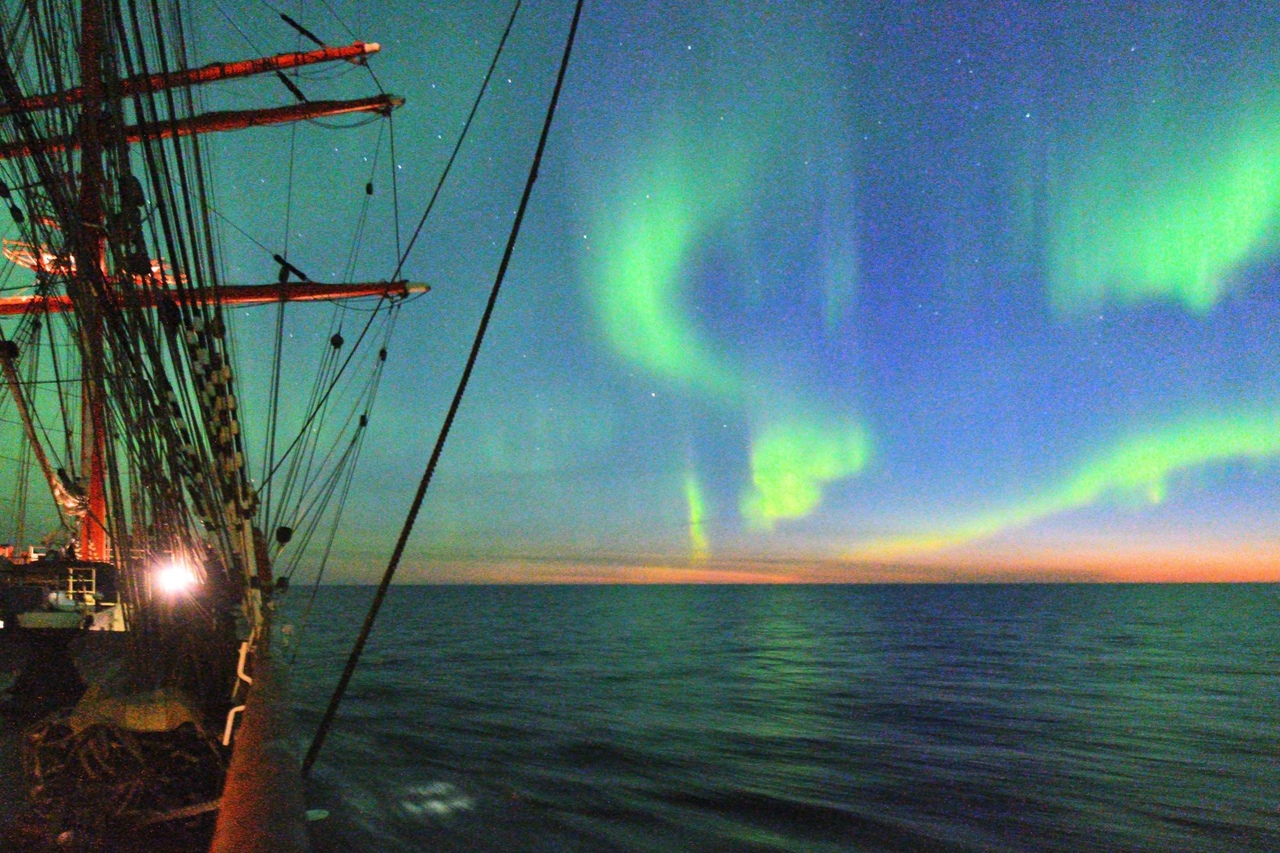 Calm water, no ice in the Kara Sea (Sedov)

On October 9, Sedov arrived at Sabetta, the loading port for Novatek's Yamal LNG plant. Sabetta is one of the main hubs of activity on the Northern Sea Route, handling Yamal's regular export shipments and the cargo for the development of a second LNG plant across the Gulf of Ob, a short distance to the east. Sedov plans to wait out a storm in the sheltered port before heading out and continuing her voyage to Murmansk, then home. 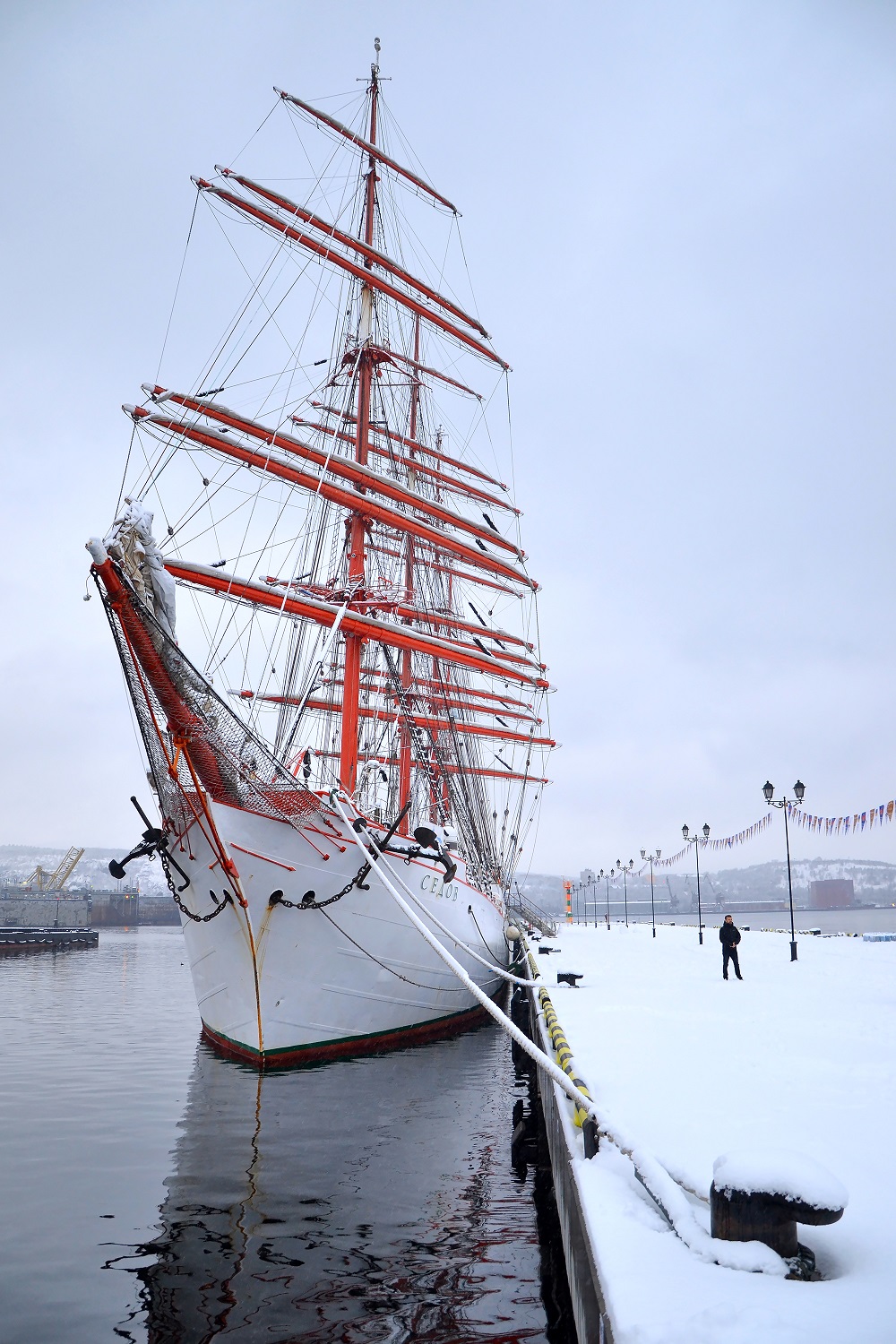 Sedov at the pier in Murmansk, October 2020 (Anton Haas)