Taiwan responded to a distress call from an Aframax that was reporting an engine room fire. The vessel was adrift and the captain was requesting assistance with an evacuation of the crew.

The National Airborne Service Corps (NASC) reported that the captain of the 104,590 DWT Liberian crude oil tanker Marquessa sent out distress calls at 10:30 am this morning, December 8. The tanker was approximately 16.5 nautical miles off Taiwan’s Orchid Island sailing in ballast from Laizhou, China to Singapore with a crew of 24 aboard.

Taiwan’s Coast Guard responded to the distress call with a helicopter and three patrol boats. They found the vessel adrift without power and black smoke billowing from the engine room. 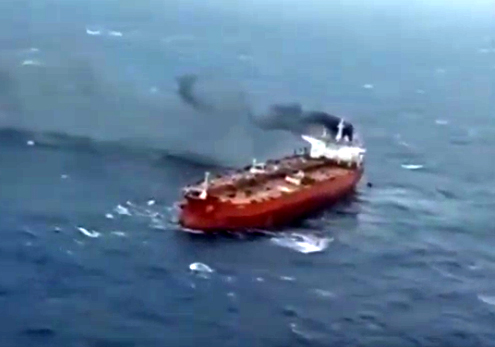 CNA, Taiwan’s news service, reports that the crew initially refused assistance saying that they were gaining control of the fire. The helicopters, the news service says, were sent back to shore before returning to resume the captain’s requested evacuation.

NASC began airlifting non-essential crew members to shore where the Health Bureau responded with a quarantine and triage station to access for injuries and to prevent the spread of COVID-19. In total, eight crew members were brought to shore and later placed in a hotel.

By 3:30 pm, the National Search and Rescue Command Center reported that the fire had been brought under control by the 16 crew that had remained aboard. A tugboat was being dispatched to assist the crippled tanker.