The Great Lakes Shipwreck Historical Society (GLSHS) has announced the discovery of the wreck of the 1890-built Great Lakes steamship S.R. Kirby, which went down off Eagle Harbor, Michigan in 1916.

The society uses a small research boat and a side-scan sonar unit to look for promising sites, and one of these surveys uncovered a find in 800 feet of water off Eagle Harbor. “We found what appeared to be wreckage last year while searching in this area. We weren’t certain that it was a shipwreck, but were able to take a closer look this year. We thought it might have been the Kirby," said the group's director of marine operations, Darryl Ertel Jr. The team then used an ROV to positively identify the vessel by its characteristics, like her unusual iron frame and wooden hull composite construction. 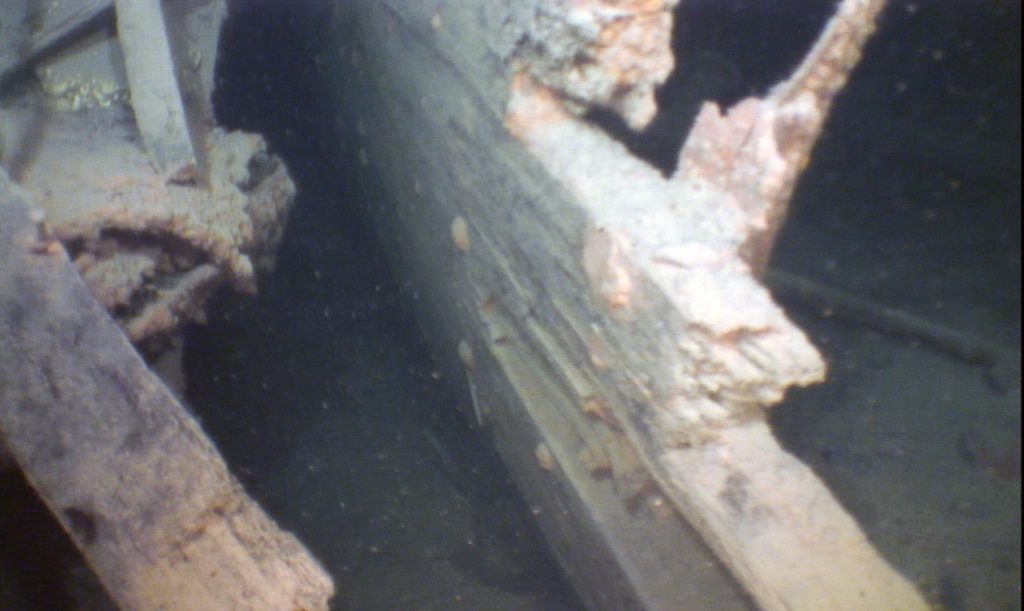 On May 8, 1916, Kirby was bound for Cleveland, carrying a cargo of iron ore and towing a 350-foot barge loaded with more (a common arrangement in Great Lakes shipping in the late 19th and early 20th centuries). Historical accounts suggest that she was overloaded, according to GLSHS executive director Bruce Lynn.

As she approached Eagle Harbor on that morning, she was struck by a large wave, and she suddenly broke up and sank. She went down rapidly, according to one of the two survivors of the casualty. The second mate, Joseph Mudra, testified that she "broke in two without a moment's warning" and that most of the men were likely trapped within the vessel.

Mudra and one of the vessel's firemen, Otto Lindquist, were picked up by good samaritan vessels. Newspaper accounts from the period report that the master's dog, Tige, survived by taking refuge on a piece of wreckage and was found and brought to shore by local coastguardsmen. The barge and the crew upon it were unharmed, and a good samaritan vessel brought it to safety.