Seven people have died and 21 are missing after a cruise ship collided with a tour boat on the Danube River in Budapest, Hungary, on Wednesday night.

The Hableány (Mermaid), a 27-meter (89-foot) double-decker tourist ship, collided with a Viking Cruises luxury cruiser, the 135-meter (443-foot) Viking Sigyn. The smaller tourist ship sank quickly, and the wreck was found on the bed of the river close to one of the pillars of Margaret Bridge.

The 64-year-old Ukrainian captain of the Viking cruise ship has now been detained by police.

Only seven of the 35 people on board, that included 33 South Koreans, have been rescued so far. 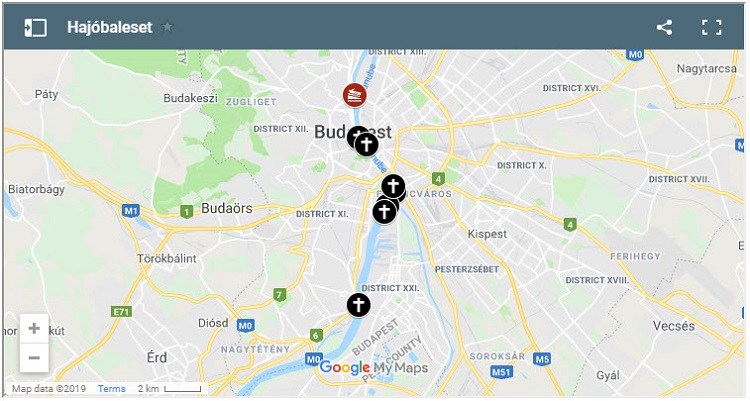 Some of the bodies that were recovered were pulled out of the water several miles south of the bridge where the incident occurred, according to a map release by the police. Those confirmed dead are all from South Korea. Over 200 divers and medical staff are attending the scene, and South Korea is also sending rescue workers, including some that aided in the Sewol disaster, to the scene.

The two ships collided at 21:00, and the first emergency call reached the police station 10 minutes after the accident. Zsolt Gábor Palotai, Colonel Deputy Director of the Metropolitan Disaster Management Directorate, said that search and rescue was hampered by the river's high water levels, darkness and rain. Water temperatures were about 10 to 12 degrees Celsius (50-53 degrees Fahrenheit).