The Colombian Navy recently chased down and captured a semi-submersible loaded with more than two tons of pure cocaine off the southwest coast of the country. The shipment, which they believed was headed to Mexico, was valued at $67 million.

The Columbia forces reported that they pursued the semi-submersible, which at the time was 35 nautical miles from an area known as La Bocana Amarales. The operation combined forces from the Tumaco Coast Guard Station and the Coast Guard ARC Punta Soldado, with the support of an Air Naval Platform, in the interception of the vessel. 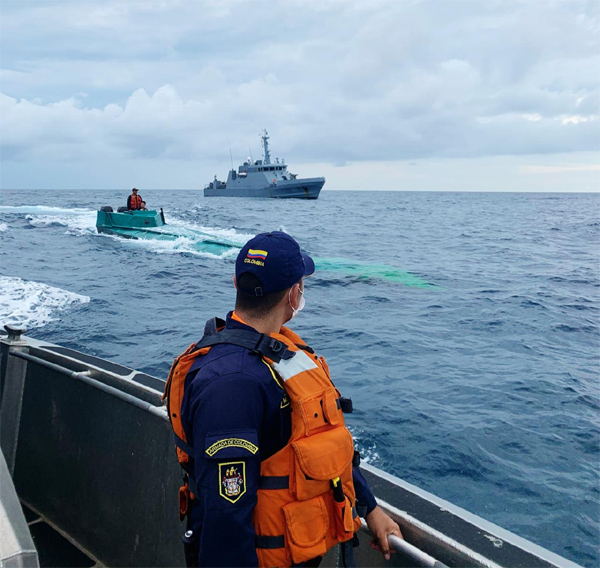 Semi-submersible crafts have become one of the favored tools of the drug cartels because of the vessel’s low profile. As such, it makes it more difficult to detect and capture these crafts. The one captured this week was outfitted with communication and geolocation equipment.

After the craft was detained by the Columbian Navy, an inspection found 119 sacks that contained rectangular packages pressed and packed with the narcotic. Tests later confirmed that the packages contained 2,045 kilograms of cocaine hydrochloride, a pure form of the narcotic.

As part of the operation, three people, including a Colombian, an Ecuadorian, and a Mexican, were also captured.

Year-to-date the Columbian forces operating on the Pacific report that they have seized 132 tons of cocaine and 35 tons of marijuana with a value of more than $4.5 billion.