The Sea Shepherd Vessel M/V Farley Mowat was attacked on January 9 while conducting maritime patrols inside the Vaquita Refuge in the Upper Gulf of California.

The vessel's crew had recovered three illegal gillnets that morning and then approached approximately 35 skiffs operating inside the refuge. Sea Shepherd asserts that they saw obvious signs of illegal fishing, with many of the skiffs having gillnets and totoaba fishing gear detected being loaded into one of the skiffs. 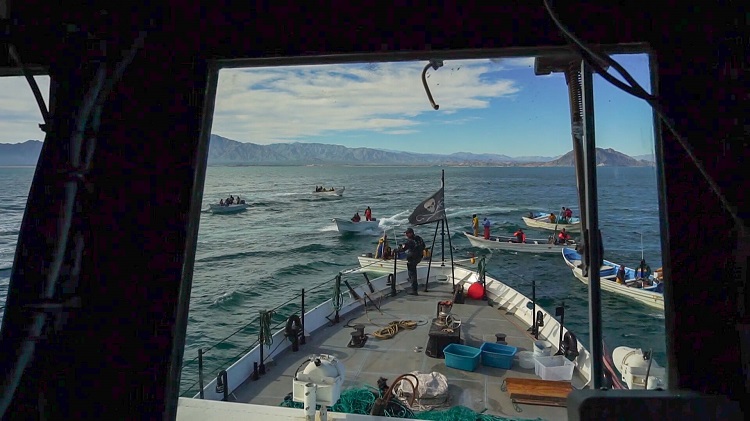 One of the skiffs began circling the Sea Shepherd vessel, and the others soon joined in. The fishermen attacked by hurling lead weights, anchors, trash, dead fish and even Tabasco sauce at the vessel and its wheelhouse windows in addition to threatening ship’s crew with Molotov cocktails, spraying gasoline at the ship and pouring gas in the sea around the vessel. 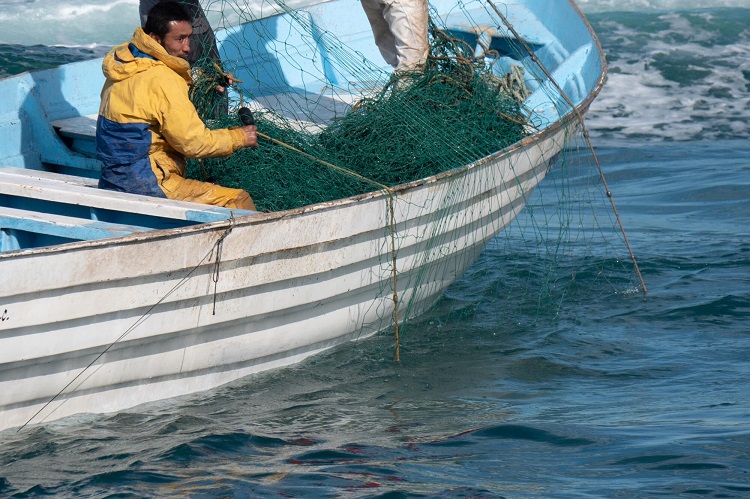 Poachers then dropped an illegal gillnet in front of the bow of the moving Sea Shepherd vessel in an attempt to foul the ship’s propellers. Five men boarded the M/V Farley Mowat and took multiple objects from the vessel’s deck while it was temporarily immobilized. During the boarding, the Sea Shepherd crew was able to keep the poachers from entering into the ship and used an emergency firehose to repel the boarders, while waiting for naval forces to arrive.

At this time a Mexican Naval Helicopter made several passes above the scene, and the skiffs began to disperse. Mexican Navy sailors and Gendarmeria stationed on board the Sea Shepherd vessel were under strict orders not to fire. The captain of the M/V Farley Mowat managed to restart the engines after the propeller fouling and headed to the port of San Felipe where the ship was met by the regional Navy Commander and reinforcements.

Captain Paul Watson, Founder and CEO of Sea Shepherd, said: “Sea Shepherd will not be deterred by violence. Our mission is to prevent the extinction of the vaquita porpoise, and we will continue to seize the nets of poachers in the Vaquita Refuge. Sea Shepherd salutes the quick responsiveness of the Mexican Navy in defusing a dangerous situation.”

Sea Shepherd has been present in the Upper Gulf of California since 2015 as part of Operation Milagro, a campaign to protect the most endangered marine mammal on Earth – Mexico’s Vaquita porpoise.  Less than 30 vaquitas remain alive. The main threat to the tiny cetacean is illegal Totoaba gillnet fishing.

The Totoaba fish is another endemic endangered species to the Gulf of California, and it is poached for the trade of its swim bladder in Asian black markets. Totoaba bladders are known as “aquatic cocaine” due to their high value. It is believed that a totoaba bladder can be worth up to $100,000.

Sea Shepherd has already removed more than 780 pieces of illegal fishing gear from the Upper Gulf of California, more than 174,000 meters of illegal gear, and directly saved the lives of over 3,100 animals.

This is not the first violent incident encountered in the area. In December 2017, drones released from the Sea Shepherd vessel M/V John Paul DeJoria in the area were shot at using a handgun.

In November 2018, the U.S. Court of Appeals again sided with conservationists and upheld a four-month-old ban on the U.S. importing Mexican shrimp and other seafood caught with gillnets that threaten the survival of vaquita porpoises. Rejecting a Trump administration legal challenge, the U.S. Court of Appeals for the Federal Circuit confirmed a preliminary order implementing a federal law that requires a ban on seafood imported from Mexico’s Upper Gulf of California caught with gillnets.

Conservation groups the Animal Welfare Institute, the Center for Biological Diversity and the Natural Resources Defense Council initially filed suit in the U.S. Court of International Trade in New York City in March and secured a preliminary ban in July. The departments of Commerce, Treasury and Homeland Security, which are charged with banning imports that are contributing to the vaquita’s extinction, have tried and failed to modify or undo the import ban three times.

The Marine Mammal Protection Act requires the U.S. government to ban seafood imports from foreign fisheries that kill or injure marine mammals, including the vaquita, at a rate above U.S. standards.