A 16-year prison sentence for the former captain of the Costa Concordia for his role in the deadly 2012 shipwreck was upheld on Tuesday by an Italian appeals court. 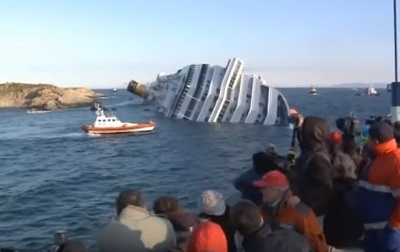 In a maneuver described in court as a salute to a retired cruise line commodore, Captain Francesco Schettino brought the Costa Concordia close to shore, and the vessel hit rocks off the Tuscan island of Giglio. Flooding disabled the main engines, and the vessel drifted in to shore. The shipwreck set off a chaotic evacuation of 4,229 passengers and crew, and 32 people died.

Schettino was found guilty by a lower court of multiple manslaughter, causing a shipwreck and abandoning passengers in one of the highest-profile shipping disasters in recent years. Schettino and the prosecutor had both appealed against the sentence handed down last year; the prosecutor had asked for a prison sentence of 26 years.

Florence's appeals court upheld that ruling, rejecting a prosecutor's request to extend the term to 27 years and three months and Schettino's lawyers' call for him to be acquitted.

The captain, who has admitted some responsibility but denied blame for the deaths that occurred during the evacuation after the ship's side tore on the rocky shore, did not attend court.

Schettino ordered evacuation after an hour of drifting, during which time the ship had started to list. Meanwhile, the harbour authorities were alerted by worried passengers, and vessels were sent to the rescue. During a six-hour evacuation, most passengers were brought ashore. Schettino abandoned the bridge, leaving the second master to co-ordinate the evacuation, however, he also left the bridge shortly after.

Schettino then abandoned ship while hundreds of passengers and crew were still on board, although he claimed that he accidentally "tripped" and fell into a lifeboat which then took him ashore.

The search for missing people continued for several months, with all but two being accounted for.

"The blame is shared, the problem is quantifying it," Schettino's lawyer Donato Laino said outside court after breaking the news to his client by telephone.

Schettino can appeal against the appeal court's ruling, which also bars him from working on a ship for five years.

The judges who delivered the first verdict ruled that he would not go to prison until the appeals process - which can take years in Italy - is complete.

Investigators said Schettino brought the 290-metre vessel too close to shore and criticized his behavior severely.

A lawyer representing a group of survivors said she had asked for a probe into the company's role to be reopened, because "there are still some guilty parties to identify."

The Costa Concordia's hulk wallowed on its side in the waters off Giglio, a popular holiday destination, for two-and-a-half years before it was righted and towed away in one of the most expensive maritime wreck recoveries in history.

Five other crewmembers entered plea bargains and were sentenced in connection with the disaster, with shorter terms in the range of two to three years.

The Florence court ruled Costa Cruises and Schettino should pay the island's government 300,000 euros in compensation.

The salvage and scrapping  of Costa Concordia are estimated to cost $2 billion. 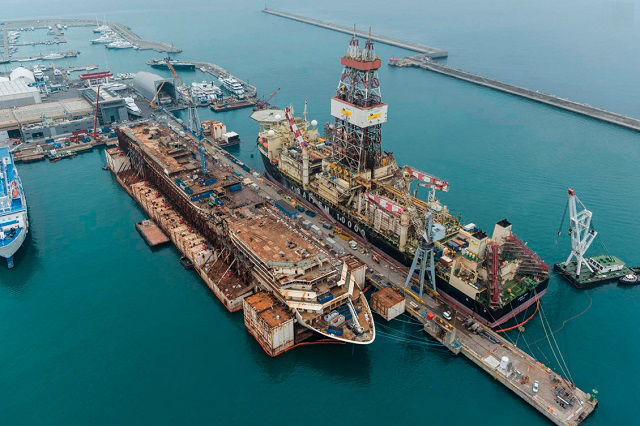