Saying Goodbye to the Al Shuwaikh

The Al Shuwaikh departed Australia with around 60,000 sheep on board last week; a couple of days before the results of the government's latest live export industry review, the McCarthy Review, were released.

Will more livestock carriers be allowed to take sheep from Australia during the southern hemisphere winter to the Middle Eastern summer in the lead up to this year's Muslim festival of sacrifice in September? Yes, says the government. 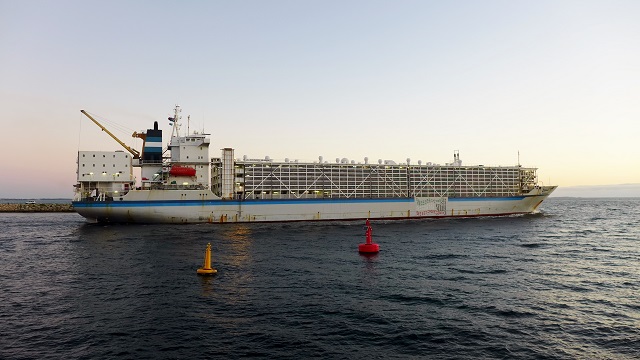 Last Tuesday's voyage was for Emanuel Exports, the company at the center of the current live export controversy after 60 Minutes released footage on board a 2017 voyage of the Awassi Express. Throughout the program footage from five separate voyages is aired depicting thousands of sheep suffering severe heat stress; sheep caked in melted feces and urine; injured and sick animals left to die slowly; decomposed bodies left in pens with living sheep and pregnant ewes giving birth and their lambs dying. At least one sheep that’s clearly alive is shown being thrown overboard.

The footage showed breaches of Australian, ISO/TS 34700:2016 and international animal welfare standards. Australia, along with around 180 other nations, is a member of the World Organization for Animal Health (OIE). Veterinarian and OIE Director General Dr. Monique Eloit declined to elaborate on breaches of the OIE standards shown in the footage, noting that the OIE is not an enforcement agency and that when OIE headquarters in France receives reports of alleged incidents of animal welfare violations it will contact the OIE delegate in the country concerned and request that they investigate as quickly as possible. They are instructed to then provide an explanation to the OIE of the circumstances surrounding the incident and any response from relevant authorities. “Such correspondence is always treated by the OIE as private and confidential between the OIE and the member concerned,” she said.

Animals Australia, however, has publicly documented what it sees as the key OIE breaches:

•    The physical environment should allow comfortable resting, safe and comfortable movement, including normal postural changes, and the opportunity to perform the types of natural behaviors the animals are motivated to perform.

•    Each animal should be able to assume its natural position for transport. When animals lie down, there should be enough space for every animal to adopt a normal lying posture.

•    The amount of space required, including headroom, depends on the species of animal and should allow the necessary thermoregulation.

•    Animals should be positioned to enable each animal to be observed regularly and clearly by an animal handler or other responsible person during the journey to ensure their safety and good welfare.

•    Adequate access to suitable feed and water should be ensured for all animals in each pen.

•    Sick or injured animals should be segregated.

•    Sick or injured animals should be appropriately treated or humanely killed in accordance with a predetermined emergency response plan.

•    Animals that are unfit to travel include but may not be limited to pregnant animals which would be in the final 10 percent of their gestation period at the planned time of unloading.

•    Vessels should have adequate ventilation to meet variations in climate and the thermoregulatory needs of the animal species being transported. The ventilation system should be effective when the vessel is stationary.

•    Ventilation during loading and the journey should provide for fresh air, and the removal of excessive heat, humidity and noxious fumes (such as ammonia and carbon monoxide). Under warm and hot conditions, ventilation should allow for the adequate convective cooling of each animal. In some instances, adequate ventilation can be achieved by increasing the space allowance for animals.

•    Extreme weather conditions are hazards for animals undergoing transport and require appropriate vessel design to minimize risks. Special precautions should be taken for animals that have not been acclimatized or which are unsuited to either hot or cold conditions. In some extreme conditions of heat or cold, animals should not be transported at all.

Like the OIE, the Australian government's Department of Agriculture has dual mandates to facilitate trade and protect animal welfare. In light of the 23 recommendations made in the McCarthy Review, the Australian government made it clear that its policy is to continue the live sheep trade to the Middle East, including during the coming northern summer. However, it is planning a number of changes to the industry. Most immediately, it has committed to:

•    reducing the reportable mortality level for sheep exported by sea to the Middle East from two to one percent
•    making the use of both a panting score and a heat stress score a mandatory requirement in daily reporting
•    making automated livestock watering systems mandatory on all vessels carrying sheep to the Middle East during the northern hemisphere summer
•    requiring a meaningful heat stress management plan to be a part of an exporter’s approved arrangement.

The government had already increased space allocations for livestock but declined to make further immediate adjustments as a result of the McCarthy Review until further public and expert consultation and analysis is undertaken.

Three key Australian veterinarian associations have each stated that they are disappointed with the review and the government's response. The peak body for veterinarians, the Australian Veterinary Association (AVA), said the government's response does not adequately guarantee stronger animal welfare provisions on future live sheep export voyages to the Middle East this year.

Dr. Sue Foster, spokesperson for Vets Against Live Export, said: "A crucial concept in heat stress is the 'heat stress threshold.' This is the point at which the sheep is unable to control its own body temperatures by available means such as panting.

“Dr. McCarthy’s report states that an increase in space allocation 'will assure the health and welfare for sheep being transported to the Middle East during the northern hemisphere summer.' However, the calculation he refers to for necessary space allocation relates to the space necessary for a housed sheep to perform normal behaviors, such as lying down and getting up. It has nothing to do with decreasing heat stress.

“Allocating more space will allow animals to be more comfortable in housing. It will also help with the rise in temperature and humidity on board relative to the external environment, but it will do nothing to stop the heat stress that will inevitably occur during a northern summer live export voyage. When external ambient temperature and humidity exceeds an animal’s heat stress threshold, the animals simply cannot cool down no matter what space is provided. One dog in a hot car can die of heat stress. One sheep on a ship can die of heat stress. Space is not the issue."

Foster concluded: "The Australian Veterinary Association clearly analyzed the science and provided that information to Dr. McCarthy. That science is definitive and not debatable. It is telling that Dr. McCarthy did not reference that submission, or the scientific principles set out in it, in his report.”

Sentient, Australia's Veterinary Institute for Animal Ethics, said: “The recent review of the live sheep export trade and the government's response is another missed opportunity to prevent the needless suffering and death of Australian sheep exported to the Middle East.”

Over 200 million Australian sheep have been exported to the Middle East over the past five decades with reported deaths exceeding three million. Asked about who is responsible for animal welfare at sea, Eloit said: “This is a complex legal question that has elements specific to the context of each bilateral trading arrangement.”

She highlights that the OIE standard relating to transport of animals clearly states, “Once the decision to transport the animals by sea has been made, the welfare of the animals during their journey is the paramount consideration and is the joint responsibility of all people involved.” 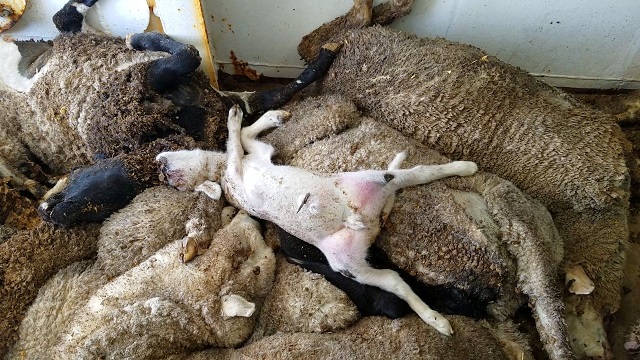