At about 0415 hours on Saturday, the Caito Fisheries crab processing plant at San Francisco's Pier 45 caught fire. The light and smoke could be seen for miles around the Bay Area, and at one point flames from the massive blaze overtopped the Jeremiah O'Brien, which is moored adjacent to the plant on the northeast side of the pier. SFFD Fireboat 3 arrived on scene and provided water monitor coverage.

“When firefighters arrived, the flames were literally lapping over the Jeremiah O’Brien,” said SFFD spokesman Jonathan Baxter to local TV media. “They literally saved the O’Brien.” 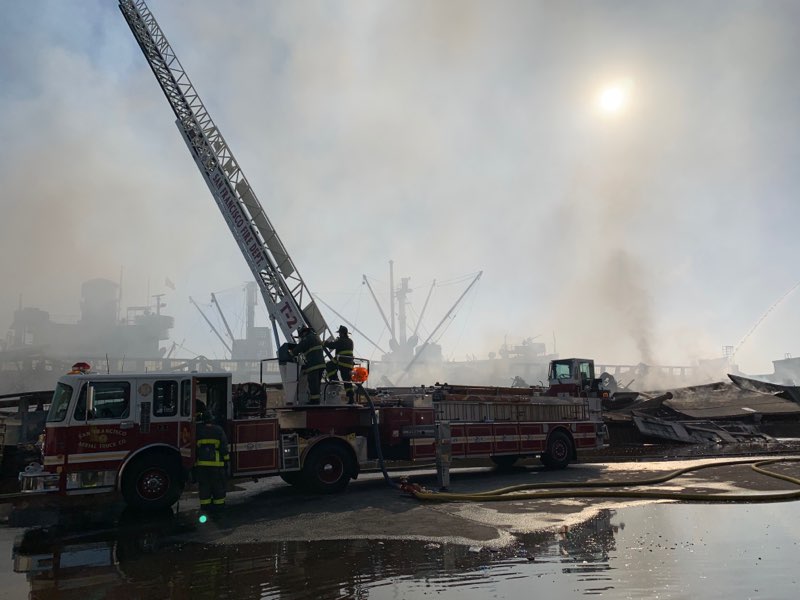 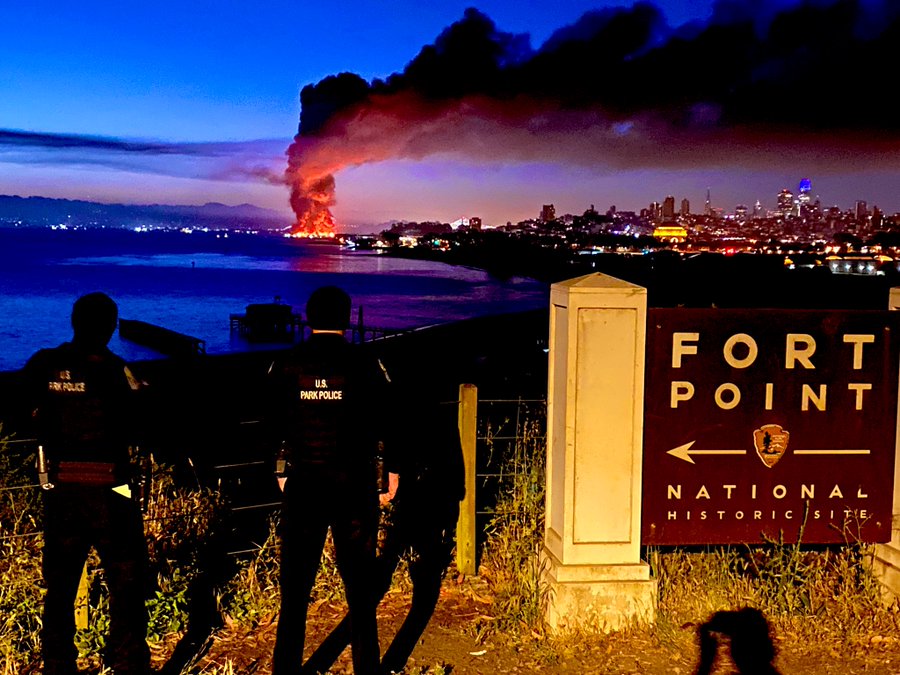 The fire was contained by about 1130 hours. With the efforts of the SFFD, it did not spread to the adjacent warehouses on the pier.

One firefighter was injured in the incident and is expected to recover. The cause of the fire is still under investigation.

"As always, our firefighters are our heroes. Many thanks to our San Francisco Fire Department for their courage and effectiveness in fighting the fire at Pier 45. Our prayers are with them," said Speaker of the House Nancy Pelosi (D-San Francisco) in a statement.

The vessel's operator, the National Liberty Ship Memorial, posted scenes of the fire's aftermath to its Facebook account (below).

Dan Whaley, the founder of remote learning technology company Hypothesis, captured the scene from afar and posted his photos to social media (below).

There’s still a bit at one end that’s receiving all the attention pic.twitter.com/UMSAZeKIxN

On Friday, the maritime welfare charity Seafarers UK called for better reporting on the rate of suicide at sea. According to the charity, the many recent reports of deaths involving seafarers stranded by the coronavirus shutdown demonstrate the longstanding shortage of reliable information about suicide on board. With most crew changes halted due to coronavirus restrictions, thousands of seafarers are compelled to work beyond their contract end dates and have been denied access to seaports around the world. As a...