The floating shearlegs barges Rambiz and Gulliver have successfully raised and carried the sunken frigate Helge Ingstad back to port at Hanøytangen, Norway, bringing a multi-month effort to recover the ship to a close.

On Thursday, salvage teams from the Royal Norwegian Navy boarded the Ingstad to conduct an initial damage assessment and to dewater flooded compartments. Upon her arrival, the Ingstad was too heavy to be hoisted onto a semi-submersible barge for transport, and pumping off more water will allow the salvage effort to proceed. 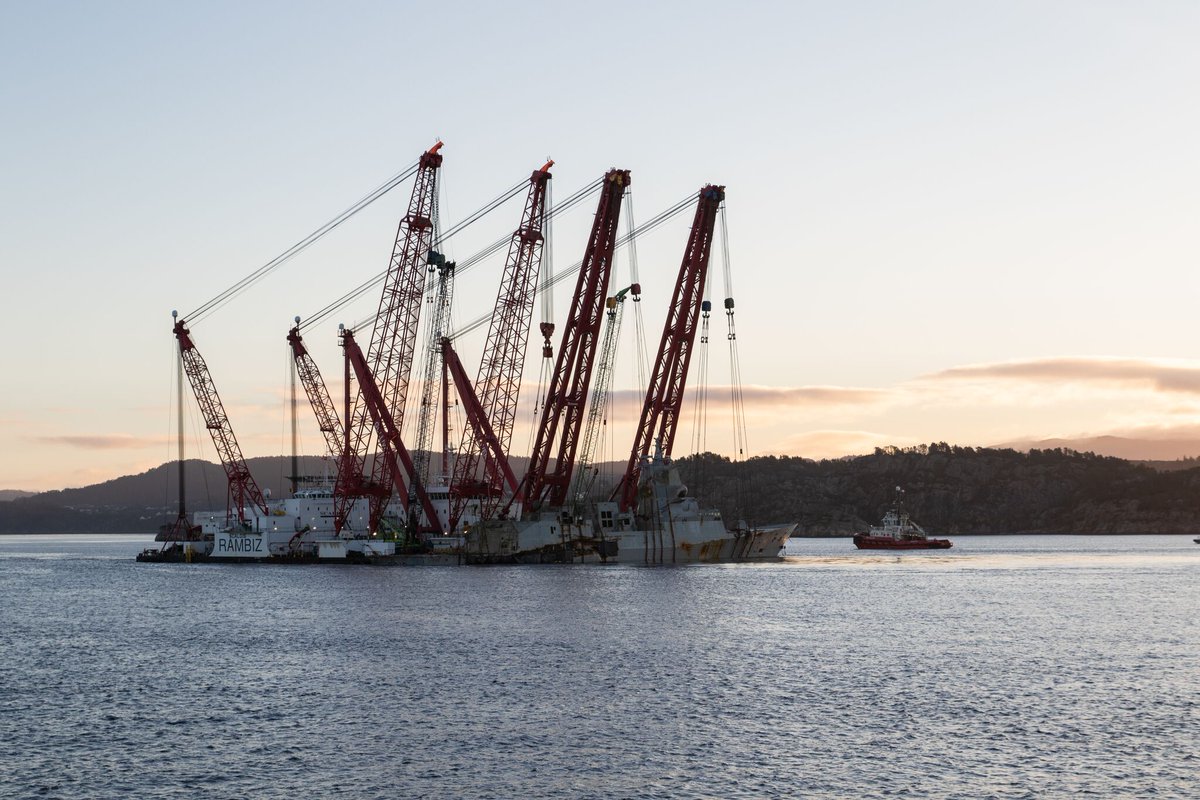 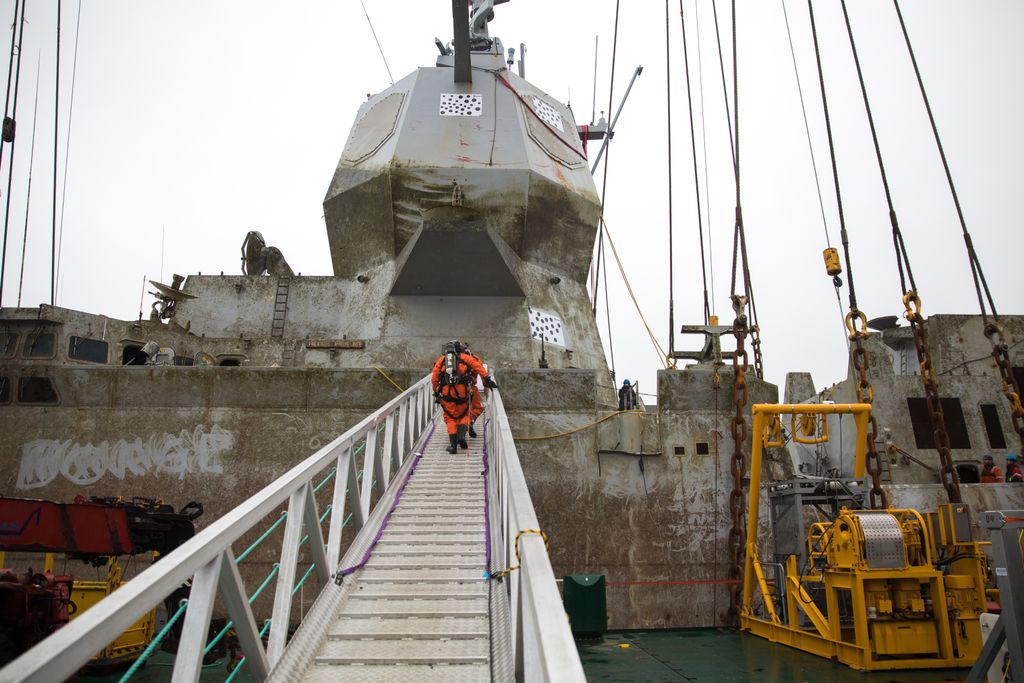 A Navy team suited up with oxygen tanks and dry suits to conduct an examination of the frigate's interior, and they wore helmet cameras to document their findings. Among other clues gathered on the video, investigators hope to preserve evidence of which watertight doors were closed and which were left open at the time of the sinking, which will help them to model the flooding that took the Ingstad down.

Some 300 people - including over 100 members of the Ingstad's crew - are on hand to help with dewatering and initial salvage efforts. Anita Eide, 26, was among those on board the Ingstad on the night of the collision, and Eide was one of the first people to board the wreck after her arrival in port. "The vessel is as dirty inside as it is on the outside," she told NRK.

In advance of the raising, Norway's defense department prepared a precise plan to remove and preserve the most sensitive equipment on board the Ingstad. Saltwater is more corrosive when in contact with air, so the crew will remove about 1,400 pieces of gear from the wreck and submerge it in freshwater for the best possible chance of preservation. Some of these items - especially bridge electronics - will be transferred to Norway's Accident Investigation Board (AIBN) for use in its inquiry.

During the lifting operation, salvors found that Ingstad had several hundred tons of buoyancy. "This may indicate air pockets," said Anders Penna, the leader of the operation for salvage contractor BOA. Any compartments that remained watertight could contain undamaged equipment.

The OEM suppliers for the Ingstad's systems will assist with the effort to save components. Though Ingstad has been underwater for months, Forsvaret believes there may be value in assessing the state of her turbines and diesel engines, among other valuable machinery.

Norway's defense department (Forsvaret) has not yet reached a conclusion about the possibility of repairing the Ingstad and returning her to service, but it has begun exploring options to shore up Norway's naval capabilities in her absence. Ingstad is one of only five main surface combatants in the Royal Norwegian Navy, and her loss represents a considerable reduction in capability. Among other options, Forsvaret is considering extending the life of a class of small missile boats which are currently slated for decommissioning. It also has the option of adding one more unit onto an existing contract for new submarines.