During an Arctic patrol with the Norwegian Navy, the crews of Royal Navy frigate HMS Northumberland and RFA Tiderace paused to pay tribute to the men of ill-fated WWII Arctic convoy PQ 18.

Arctic convoy missions from Scotland and Iceland to Arkhangelsk were a critical part of Allied efforts to keep Soviet Russia supplied during the Second World War. The convoy route was among the riskiest operations for any service branch: American merchant mariners assigned to the route lost their lives at a higher rate than the U.S. Army, Air Force or Navy during the war.

Convoy PQ 18 epitomized these risks. In September 1942, forty Allied merchant vessels set out from Scotland, escorted by Royal Navy destroyers and an escort carrier, HMS Avenger. German intelligence had advance warning of the convoy's itinerary, including escort rendezvous points. The Nazi German navy deployed a task force of 12 submarines, three cruisers and four destroyers to attack the convoy, along with a massed force of torpedo-bombers and other attack aircraft operating from coastal airbases in Norway. 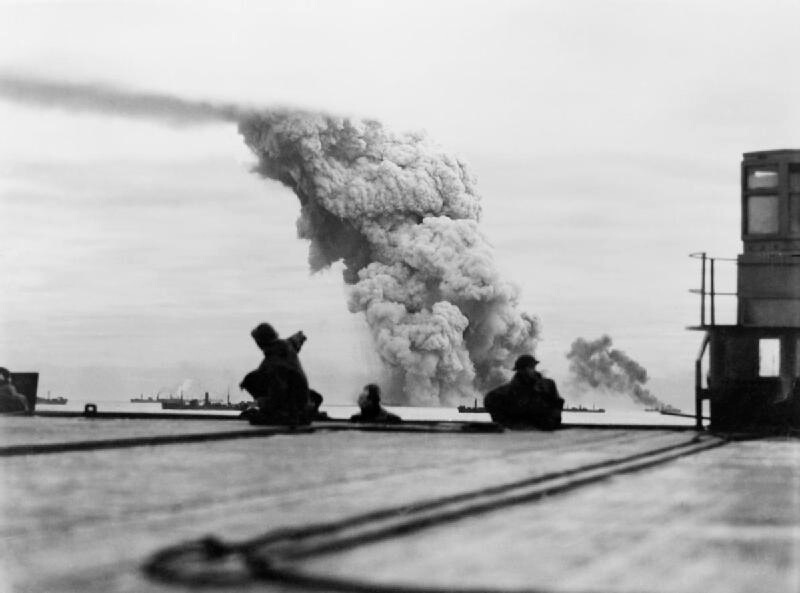 Wave after wave of torpedo attacks destroyed 13 out of 40 of the merchantmen, and air-defense and antisubmarine action by the convoy's escorts destroyed four U-boats and 44 German aircraft. The heavy German aircraft losses and a decision to transfer surviving bombers to the Mediterranean theater meant that later convoys would not face such deadly pressure from the Luftwaffe, though U-boat attacks would continue. The Allies considered the engagement a partial victory, but many merchant sailors paid with their lives in the process. 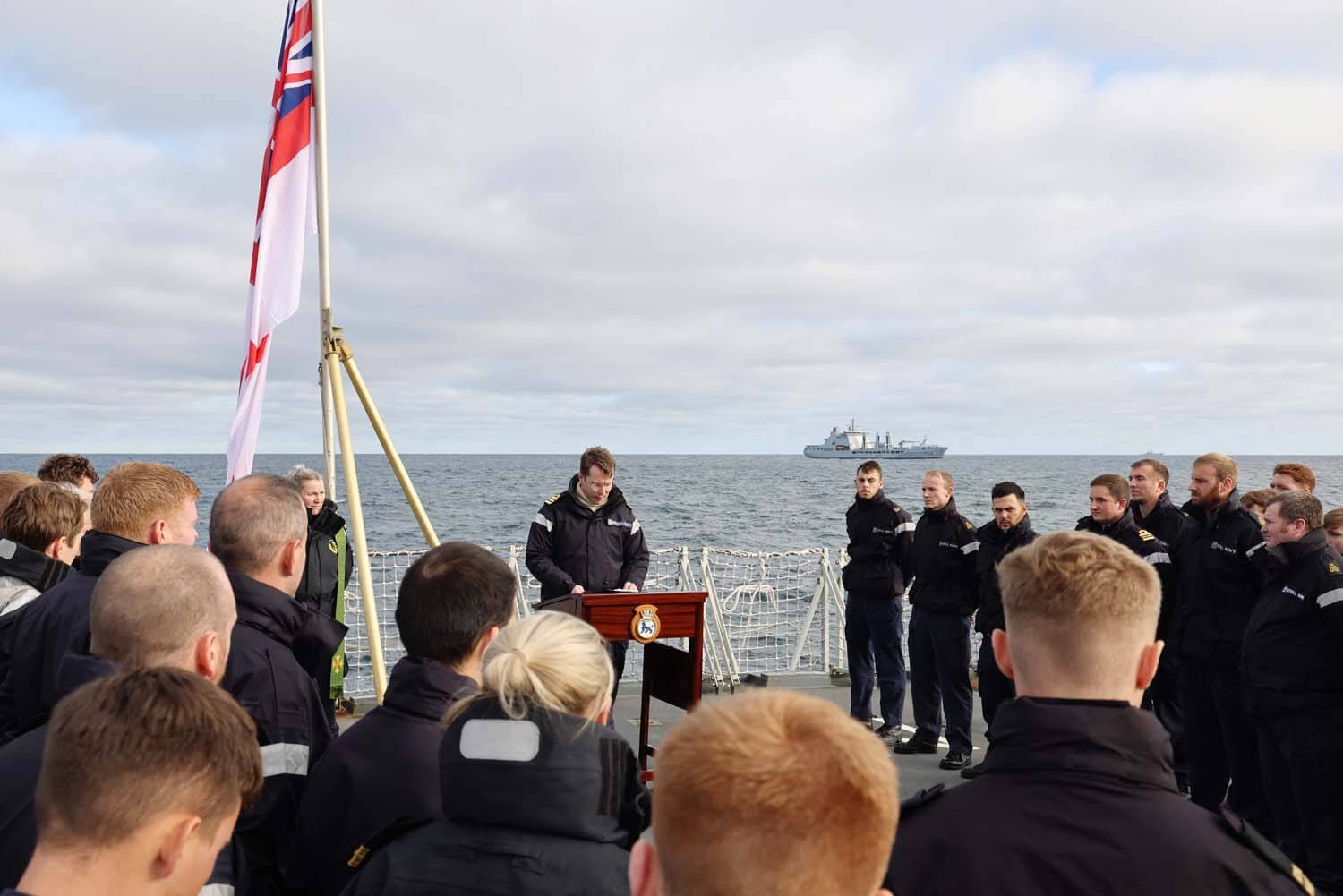 During a regular high-north patrol to the Barents Sea, HMS Northumberland, RFA Tiderace and HNoMS Thor Heyerdahl paused to hold a memorial service for the 80th anniversary of PQ 18.

The commemoration took place on Northumberland’s flight deck and was led by the commanding officer, Commander Will Edwards-Bannon, and HNoMS Thor Heyerdahl’s chaplain.

“Although a first for many of my team, operations in the Barents Sea are nothing new for the Royal Navy," said Commander Edwards-Bannon. “HMS Northumberland is well-suited to operating her full suite of cutting-edge capabilities in this environment and follows in a long tradition of Royal Navy warships doing so – a legacy underscored by this mission falling over the 80th anniversary of the heroically successful Arctic Convoy PQ18.”

While in the region, the task group carried out 45 hours of flying operations above the Arctic Circle with Northumberland’s Merlin helicopter. The Barents is a strategic location again, but for a different reason: it is a transit point for Russia's nuclear-powered submarine fleet, which is no longer allied with the interests of the West.

“Conditions in the Arctic are certainly a challenge. The environment – especially the temperature – the Polar Code and the proximity to Russia are all factors that we take into account when planning and executing operations in the Southern Barents Sea,” said Lieutenant Commander Kyle Walkley, HMS Northumberland’s Principal Warfare Officer. “But as a task-group, we absolutely achieved what we set out to deliver and there is a real sense of achievement across the whole of our ship’s company.”