The Royal Navy routinely conducts removal of unexploded WWII ordnance from waters around the UK, and it frequently deploys its EOD experts to clean up historical hazards on land as well. But its latest job is bigger than usual: a team of Royal Navy experts will be advising an effort to reduce the risk of a blast aboard a sunken WWII Liberty Ship off the coast of Sheerness, at the mouth of the River Thames.

The SS Richard Montgomery was a Liberty Ship built at St. Johns River Shipbuilding in the spring of 1943. In August 1944, she departed Philadelphia with a cargo of about 6,000 tonnes of munitions, headed to a convoy assembly point at the Thames Estuary. She arrived later that month and anchored off Sheerness, following the local harbormaster's instructions. On August 20, she dragged anchor and grounded on a sandbank about 1.5 miles offshore. She quickly began to break up, and while salvors managed to recover much of her cargo, an estimated 1,400 tonnes of explosive munitions remained behind. Based on the most recent survey, this cache is primarily made up of high explosive bombs, along with a variety of cluster munitions and assorted pyrotechnics. 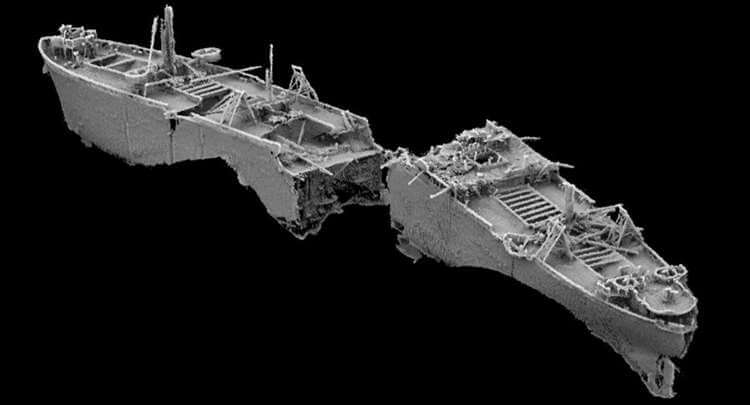 The wreck site has been marked and designated as hazardous since 1973, and for good reason. The UK Ministry of Defence assesses that if the explosives are detonated, the blast could potentially result in "mass damage and loss of life" in nearby populated areas, including an oil and gas complex in Sheerness.

The risk of detonation may be heightened by the vessel's deteriorating condition, according to MoD's review. The ship's masts - which still protrude above the water - are corroding away, and if they collapse and strike the hull, it could trigger an explosion. To address this specific risk, the UK Ministry of Transport has contracted with a private firm to (carefully) cut free and remove the masts. The Royal Navy will advise the operation.

Accidental detonation during EOD wreck removal has occurred before. In 1967, a seismic event measuring at 4.5 on the Richter scale occurred when salvors attempted to clean up the Polish cargo vessel Kielce, which went down in 1946 off Folkestone. The wreck's explosive cargo detonated during the early stages of the operation, causing a great deal of unease for the local populace.

WWII-era explosive ordnance is a risk in other European waterways, and cleanup efforts can be hazardous. Last year, a project to remove an unexploded Royal Air Force "Tallboy" 12,000-pound bomb from the bottom of Swinoujscie's Piastowski Canal (Piast Canal) ended in an unintended detonation. The effort was judged a success, since the threat was removed and the risk of a blast had been properly managed, but it was a dramatic illustration of the hazards of the work.