The Faroese ferry Teistin is the first ship in the world to be fitted with retractable bow foils from the Norwegian startup Wavefoil. The foils have now been operating successfully for around three weeks.

The foils convert wave energy directly into propulsive thrust and reduce the ship motions, thereby saving fuel and improving the comfort on board. So, since September 25, the 45-meter (148-foot) Teistin has been partly powered by the waves of the North Atlantic Ocean, transporting thousands of passengers between Gamlarætt, Skopun and Hestur in the Faroe Islands. 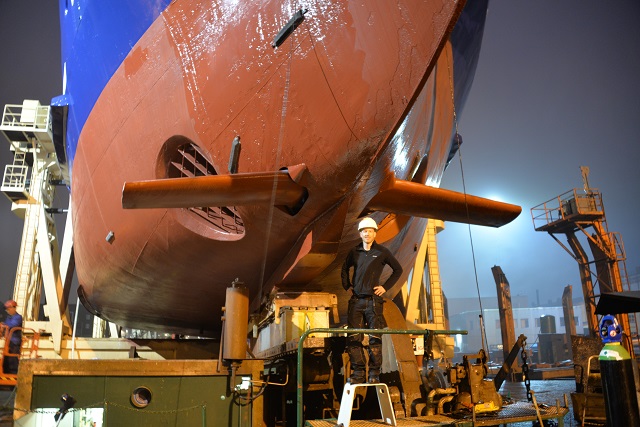 Founder and CEO of Wavefoil, Eirik Bøckmann, studied the effect of bow foils as a PhD student and Postdoctoral researcher at the Norwegian University of Science and Technology (NTNU). The foils are suitable for ships shorter than about 200 meters (656-foot), sailing in wave-rich areas, says Bøckmann. “We estimate that the foils may reduce the fuel consumption of Teistin by 10 percent.”

With the installation on Teistin, the company intends to demonstrate that the retraction mechanism is dependable and that the system is easy for the crew to use. So far, the ship’s crew have been pleased with the new foils. “I feel that Teistin moves less in the waves than before,” says Captain Jónleif Láberg.

Wavefoil received funding from NTNU Discovery, the Research Council of Norway, Innovation Norway and Climate-KIC, as well as private capital. The company is now producing foil modules for a new ambulance vessel in western Finnmark county, which is due for delivery from the yard Maritime Partner in Ålesund in the summer of 2020.