Rescue Under Way for Bourbon Tug Caught by Hurricane Lorenzo 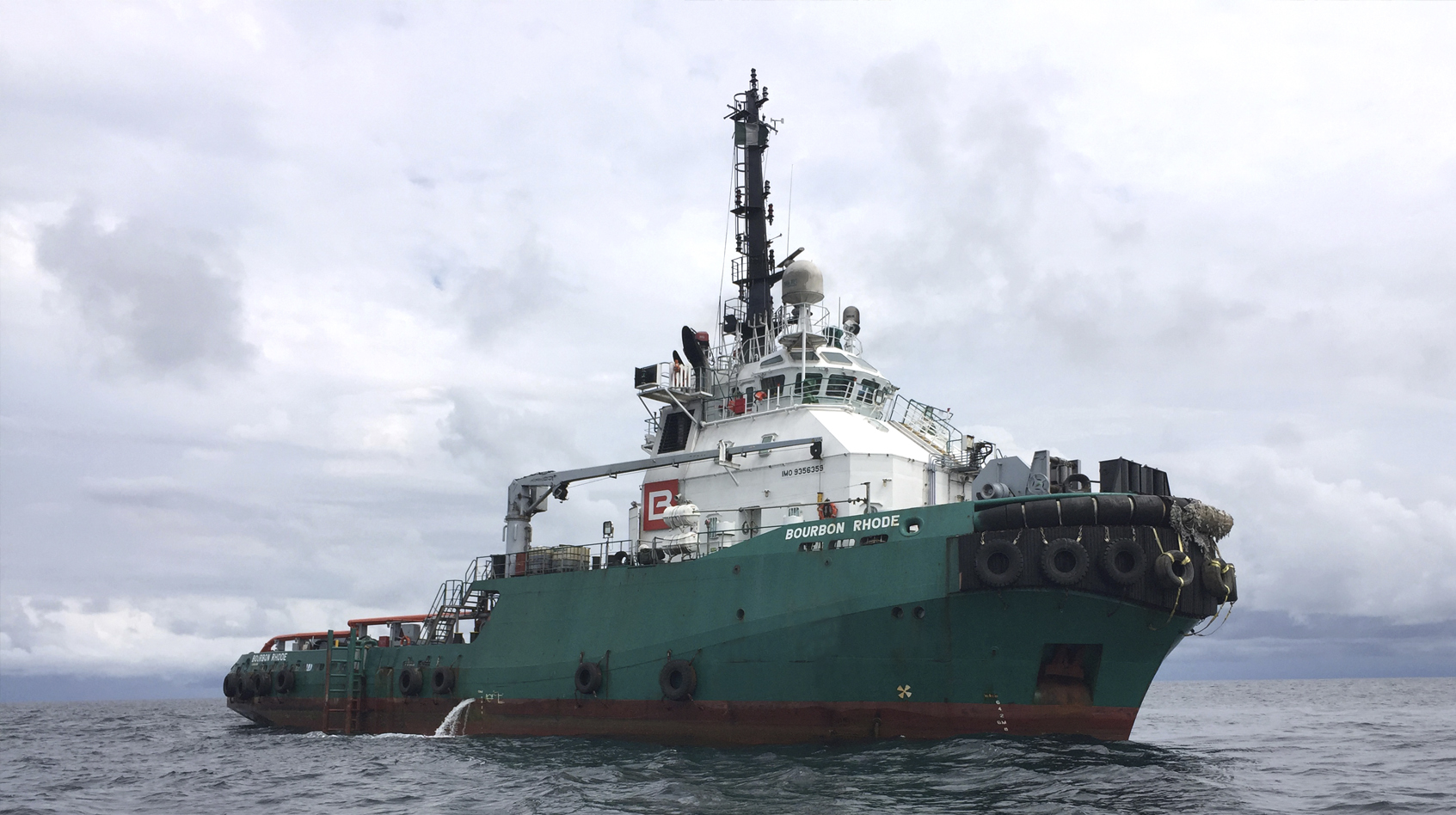 A rescue operation is under way for the 160-foot tug Bourbon Rhode in the mid-Atlantic. The vessel is located about 1,200 nm off the island of Martinique and about 60 nautical miles south-southeast from the eye of Hurricane Lorenzo, one of the strongest storms ever recorded that far east in the mid-Atlantic. In particularly adverse weather conditions, the vessel's 14 crewmembers are working to address an ingress of water towards the stern of the vessel.

Operator Bourbon Offshore says that it has activated a crisis cell to coordinate the rescue of the vessel and her crew, in close collaboration with the Regional Operational Center of Surveillance and Rescue (CROSS) West Indies-Guyana. In order to bring the quickest support possible, the CROSS has asked the bulker SSI Excellent to divert to assist the Bourbon Rhode. On Thursday, SSI Excellent was positioned about 200 nm to the south of the Bourbon Rhode, and Bourbon expected her to arrive at the tug's position on Friday morning.

Lorenzo is a Category 4 hurricane with sustained winds of about 120 knots. It is the second storm on record to attain this intensity at a position so far to the east: major Atlantic hurricanes normally attain this size when they track further to the west, towards or within the Caribbean and the Gulf of Mexico. The Bourbon Rhode's position would put her well within reach of Lorenzo's winds: the storm's 60-knot wind band extended 130 nm from the eye in the southeast quadrant as of Friday.

The Bourbon Rhode is a 100-ton-bollard-pull ASD offshore tug, according to Bourbon. She is designed for assisting tankers at terminals, along with oil prevention and anchor handling functions.