Report: Zim Kingston Was Waiting in a Gale Due to Port Congestion

The container ship that spilled 109 boxes off the Strait of Juan de Fuca on October 22 was at sea in a storm because of port congestion, according to a new report.

While she was orbiting on a north-south racetrack path off the Strait, significant wave height was about 16 to 20 feet and sustained wind speeds were in the range of 35-40 knots. Zim Kingston began to roll through 35 degrees, and with extreme forces acting on her stacked deck cargo, she lost more than 100 boxes over the side.

At least four of these containers have washed up in a wilderness area on the northern tip of Vancouver Island, along with a large volume of loose household goods and packing material from broken boxes. Some of the containers that remained on board were damaged in the incident, and they caught fire after she reached a safe anchorage. 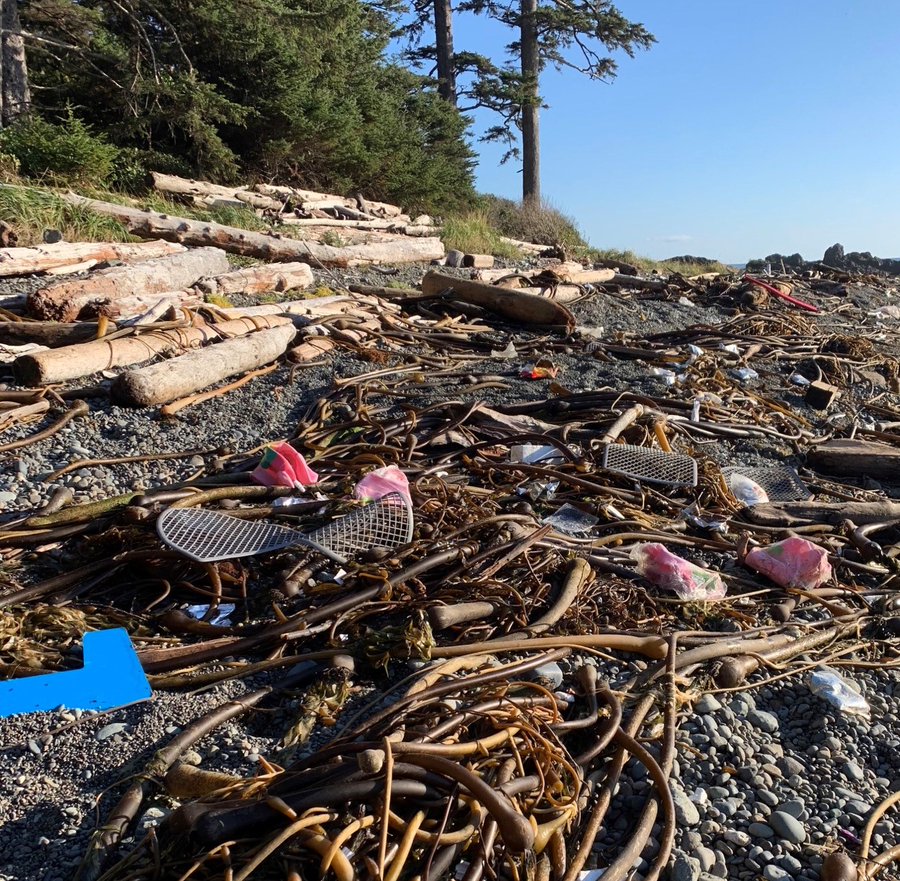 A spokesperson for the U.S. Coast Guard VTS office for Puget Sound confirmed that Zim Kingston was out at sea at the time of the casualty because of port congestion. All major West Coast container ports (with the exception of Oakland) have unprecedented backlogs due to extreme demand for foreign-made consumer goods.

"The [Zim Kingston] was sort of in a holding pattern out there because the anchorages in both the U.S. side and the Canadian side of the border are pretty full," said Laird Hail, director of the Puget Sound VTS, speaking to KUOW. "We've not always had room for vessels to be able to come into anchor, so many of them are holding off shore, waiting for a turn to come into either Canadian waters or US waters to anchor."

Four of Zim Kingston's lost containers have washed ashore near Cape Scott Provincial Park, a wilderness area at the remote northwestern tip of Vancouver Island. A Canadian Coast Guard helicopter deployed to the scene and obtained photos of the boxes, allowing officials to match container numbers with the ship's inventory to determine the contents.  Luckily, the markings on the four containers indicate that they do not contain dangerous goods, the CCG confirmed Thursday. One of the four boxes - a containerload of refrigerators - has broken open, releasing dozens of mini-fridges onto the beach.

At nearby Cape Palmerston, photos taken by a local resident show rafts of consumer goods and styrofoam packing material washing up on shore.

What a beautiful day at Palmerston, but one of the cargo containers have washed a shore there is stuff everywhere...

Canadian authorities say that they are not asking for volunteers to help with cleanup at this time. The shipowner, Danaos, has contracted for professional cleanup services and that effort is now under way. The company has also hired a salvor to address the remaining wreckage aboard Zim Kingston and to remove the grounded containers from the beach.

Two of the containers that remain missing are filled with dangerous goods, including a potentially hazardous ore processing chemical, potassium amyl xanthate. The public is advised not to open any containers that may wash up on shore.