The 2017 cruise season at Ports of Stockholm has set a new record, with total passenger numbers reaching 600 000, an increase of 22 percent on the previous year.

Over the course of the international cruise ship season, which runs from May until October, 263 cruise ships have called at Ports of Stockholm. Of these a record number, 73 cruise ship calls, were turnarounds, with passengers beginning or ending their cruises in Stockholm. Passengers then often spend an extra day and night on land, and, in total, the passengers spend more than SEK 0.5 billion ($62 million) on sightseeing, hotels, restaurant visits and shopping in Stockholm.

The 2017 cruise season concludes on October 13 with the arrival of the Norwegian Getaway at the Port of Nynäshamn. 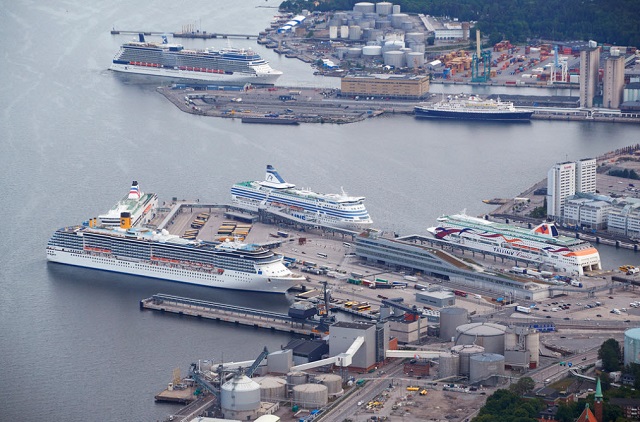 Reports that a vessel was put into quarantine at Durban, South Africa last week, again highlighted the challenges ports around the world are facing in combating the coronavirus. As one of sub-Saharan Africa’s largest and busiest port, Durban plays a vital role in the area’s economy. Hapag-Lloyd recently confirmed reports that local authorities in Durban have ordered the 2824 TEU container vessel Montpellier to remain at anchorage for 14 days after two members of the crew tested positive for COVID-19....

“Cruise shipping seemed dead…”1    “…the city was ready to consign its cruise industry to Davy Jones’ locker…companies went out of business and the remaining liners sailed like ghost ships, full of fear and bad jokes”2 “The already hard-hit cruise industry faces further curtailment”3   “Contending the future of cruise shipping in New York is at stake…through increased fees that could wipe out the cruise business here”4   Sounds like that could be in today’s news headlines.  The passenger shipping...