The environmental provisions for the Arctic Code were approved Friday following the week-long 68th Marine Environment Protection Committee (MEPC) session. Not surprisingly, some environmental organizations are disappointed despite the achievement.

The IMO, in announcing the move, said ships trading in polar regions will have to comply with strict safety and environmental protocols specific to the harsh conditions in the Arctic and Antarctic in accordance with the provisions adopted.

A Range of Protection Measures

The newly adopted environmental provisions will:

The adoption of the new environmental provisions comes at a critical time for the maritime industry as shipping through both Arctic and Antarctic waters is set to increase. Trends and forecasts indicate that due to melting ice, polar shipping will grow and diversify in coming years. According to the IMO, “these challenges need to be met without compromising either safety of life at sea or the sustainability of the polar environments.”

Campaigners Antarctic and Southern Ocean Coalition (ASOC) have said that Polar Code did not go far enough to protect the Antarctic environment from shipping, adding for instance that the regulations would continue to allow raw sewage to be discharged beyond 12 nautical miles from land.

"While some vessels will carry the necessary equipment, the Code does not explicitly spell out what should happen in the event of an oil or chemical spill," Sian Prior of ASOC said.

"The inclusion of specific provisions in the Code could have tailored existing requirements to the special needs of polar waters."

Friends of the Earth (FOE) has engaged in negotiations on the Polar Code since the outset of in-depth discussions in 2010, and is pleased to see them come to fruition. The environmental portion of the Polar Code will include some noteworthy elements including voyage planning provisions to safeguard marine mammals. Already established in the safety portion of the Code, this will provide additional conservation protection, says FOE. These provisions will be the first species-specific measures that explicitly extend beyond whales and thus will also pertain to sea lions, seals and walrus. 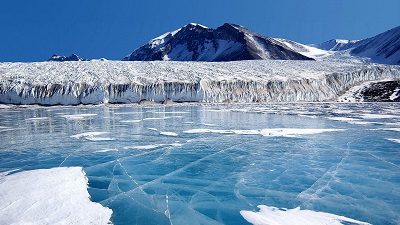 However, FOE says the IMO omitted many important issues from the environmental portion of the Code. Namely, heavy fuel oil use by vessels in the Arctic is not banned (though it was for the Antarctic in 2010), despite strong policy and environmental arguments put forward by Friends of the Earth and allied NGOs. Eliminating heavy fuel oil use in the region, for example, would have the dual benefit of reducing oil spill damage risk and decreasing black carbon emissions.

Other omissions in the Code include mandatory invasive species protections, graywater restrictions, underwater noise abatement and sufficient oil spill response requirements, says FOE. Nevertheless, while the IMO did not integrate these issues within this phase of the Polar Code, which dealt with larger ships like cruise liners, bulk carriers and oil tankers, negotiators will have an opportunity to address these types of issues in phase two of the Code, which will succeed today’s adoption and include additional categories of ships such as fishing vessels, yachts and specialized craft.

“Though for many, the Polar Code was deemed to “not go far enough”, having to put aside some of the more complex requirements that existed in earlier versions to gain consensus, it’s primary significance is it’s mandatory nature. After initial attempts to produce a mandatory code in the 1990’s was relegated to recommendatory guidelines applying to Arctic waters only then in 2009 extended to provide guidance for ships operating in Antarctic ice covered waters as well, international shipping now has a solid set of mandatory rules that will form the foundation for changes to flag and coastal state regulations.”

Amendments will surely follow in short order, says Snider, as the gaps that formed as certain sections were dropped or provisions reduced in coverage are experienced, however this tremendous step forward in providing a more level playing field for all involved in SOLAS polar shipping should be heralded by all of us in the industry as a positive step.

The adoption of the environmental provisions follows the December 2014 adoption of the safety-related requirements of the Polar Code and related amendments to make it mandatory under the International Convention for the Safety of Life at Sea (SOLAS).

MEPC was the last committee level approval necessary prior to acceptance by Council. Though a number of amendments are yet to be approved, these are expected to be in purely a perfunctory manner, the wording having been accepted by the IMO sub-committee on human element, training and watch-keeping (HTW).  It is only scheduling of process meetings to rubber stamp that STCW amendments that may slow the adoption of the training and certification requirements.

The complete Polar Code, encompassing the safety-related and environment-related requirements, is expected to enter into force on 1 January 2017.