On Saturday, the crew of the fast response cutter Donald Horsley offloaded about 150 kilos of cocaine and handed over three suspected smugglers to federal law enforcement in San Juan, Puerto Rico.

The seized drugs are estimated to have a wholesale value of more than $5.6 million. The three suspects are in U.S. custody and face criminal charges for drug smuggling.

The intercept began on the night of June 8. The crew of a Customs and Border Protection maritime patrol aircraft detected a go-fast vessel with three people aboard about 50 nautical miles southwest of Isla Saona, Dominican Republic. Sector San Juan directed the launch of an HC-144 Ocean Sentry aircraft to track the go-fast and diverted the cutter Winslow Griesser to carry out the interdiction.

Once on scene, the Winslow Griesser's cutter boat stopped the go-fast and recovered three bales from the water nearby. The recovered bales tested positive for cocaine and weighed about 150 kilos. 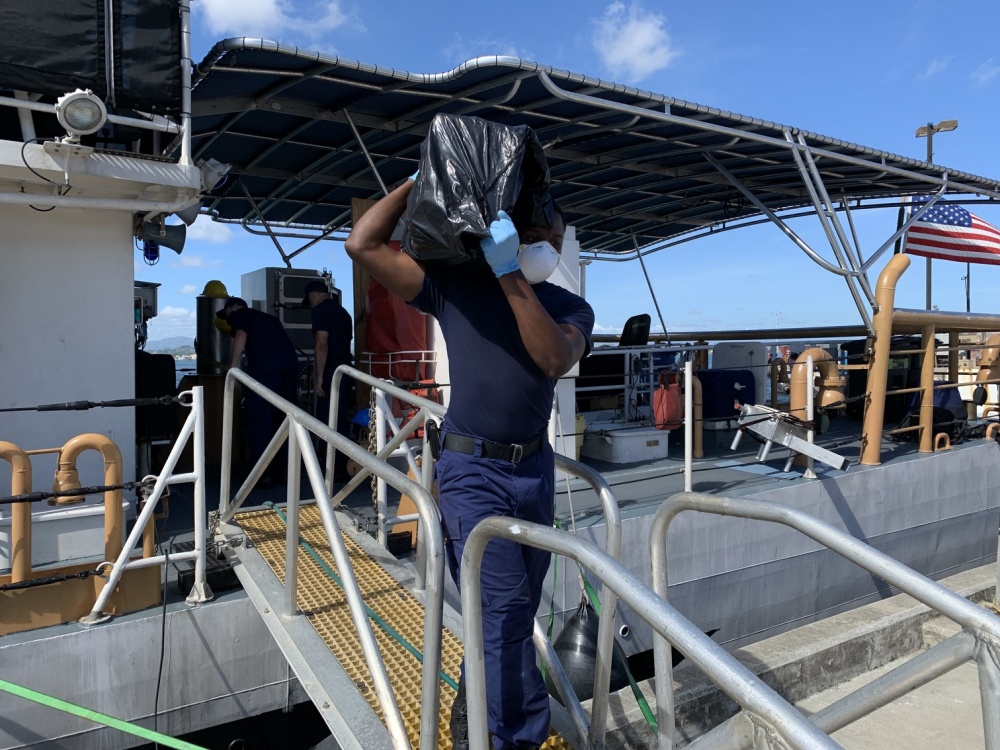 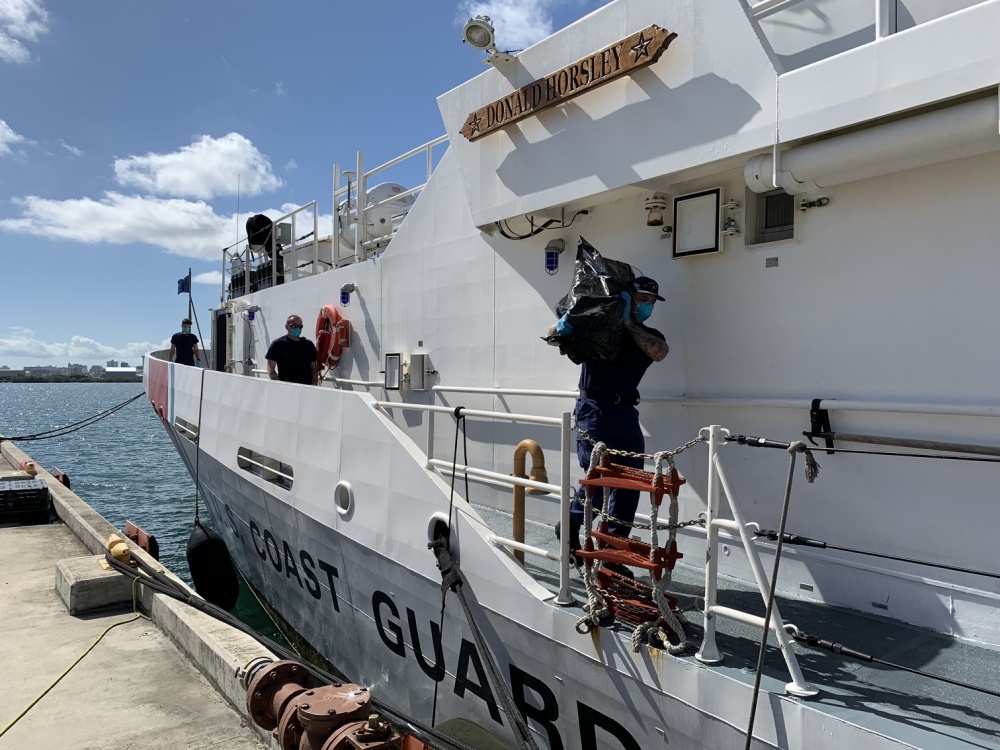 The detainees and the seized contraband were transferred to the cutter Donald Horsley for transport to Sector San Juan.

“COVID-19 has presented us with tremendous operational and personal challenges over these past few months, and yet the great women and men of the United States Coast Guard continue to do an outstanding job safeguarding this great nation,” said Lt. Joel Wyman, cutter Winslow Griesser commanding officer. “I’m proud of my crew for demonstrating this during our most recent counter drug interdiction, resulting in the seizure of 150 kilos of cocaine. This goes to show no matter how big the storm is in front of us, we will continue to prevail.”

The interdiction was carried out under the auspices of the inter-agency Organized Crime Drug Enforcement Task Force (OCDETF) program.