Salvors are still conducting preparations for the third chain cut through the hull of the wrecked ro/ro Golden Ray.

Divers are removing debris and sediment that is blocking the cutting chain from entering the cut groove for the third cut, according to the response command. Crews are working on the topside of the wreck to drill holes in order to perforate cut lines for the fourth cut in the series.

Due to strong currents at the wreck site, the dive operations are limited to slack tide conditions, the command said. Once the cutting chain has been arranged along the cut groove, the salvage crew will tension the chain and make final preparations to begin cutting. 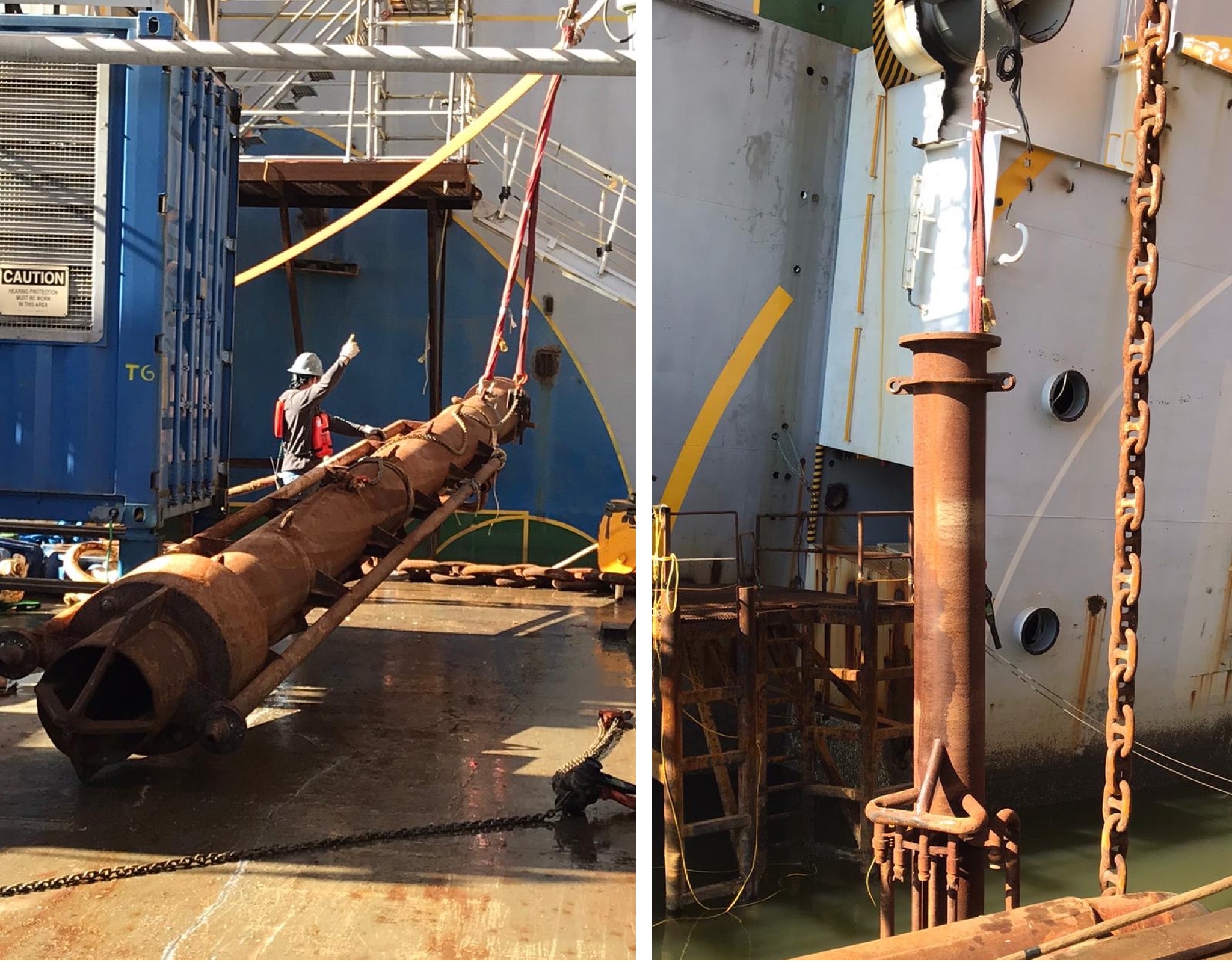 Responders deploy special equipment to remove sediment in order to clear a path for the cutting chain to move into position along the cut groove (St. Simons Sound Incident Response photo)

Sections Seven and Two - the second slices inward from the stern and the bow, respectively - will be loaded out on deck barges for transport to a recycling facility in Louisiana, repeating the method used for sections One and Eight. The method for sections Three, Four, Five and Six will be different: four dry dock barges are under way to St. Simons Sound, and they will be used to transport the inner sections to a nearby staging area for partial dismantlement. These disassembled segments will then be shipped to the recycling facility.

Prior to commencing cutting operations, the salvage team invested months in constructing an environmental protection barrier around the wreck site, containing the majority of the pollutants to the immediate vicinity of the work area. Skimmers and shore crews are on standby to remove pollution that escapes the barrier.

The two previous cuts have resulted in a limited release of petroleum and debris into the water (below), and the next cut will pass through the engine room, with associated risk of fuel and lubricating oil spills.

We continue to document impact locations and clean up oil and oiled debris with members of Unified Command to improve...

We spent last night and today documenting shoreline impacts from fuel that was released from Golden Ray. We are seeing...

It has been a fairly messy day around the wrecked Golden Ray. Fuel sheens were prominent outside the environmental...