[Brief] On Friday, salvage operations for the grounded Great Lakes ore carrier Roger Blough continued with lightering operations for a refloat attempt. The Blough is a traditionally-styled self-unloader with a stern-mounted side conveyor belt, allowing her to deliver her cargo of taconite without shoreside handling equipment – and also allowing her salvors the speedy option of bringing a vessel with a lower main deck alongside and conveying ore into its holds. 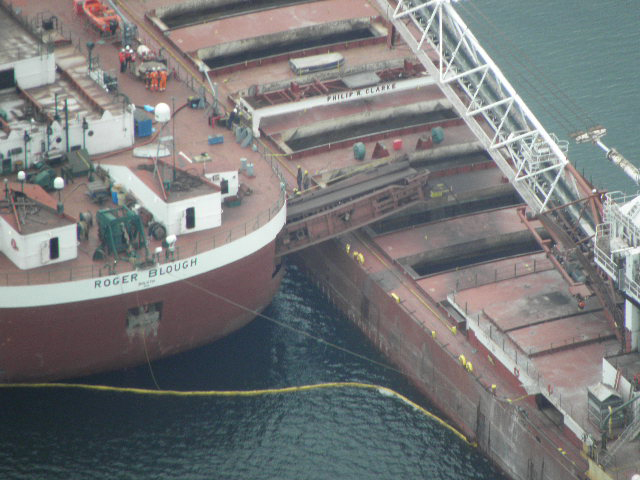 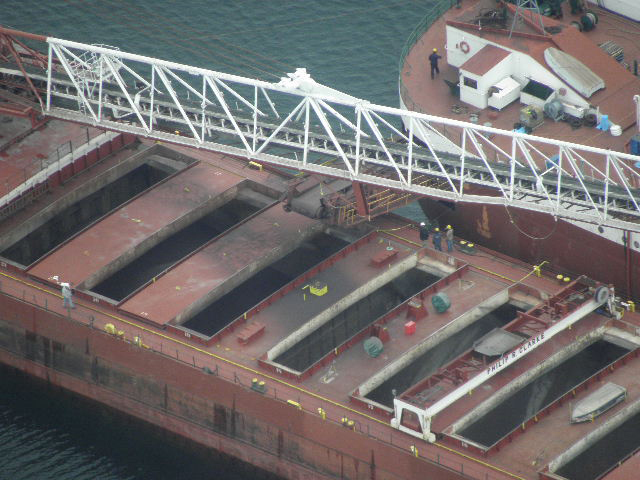 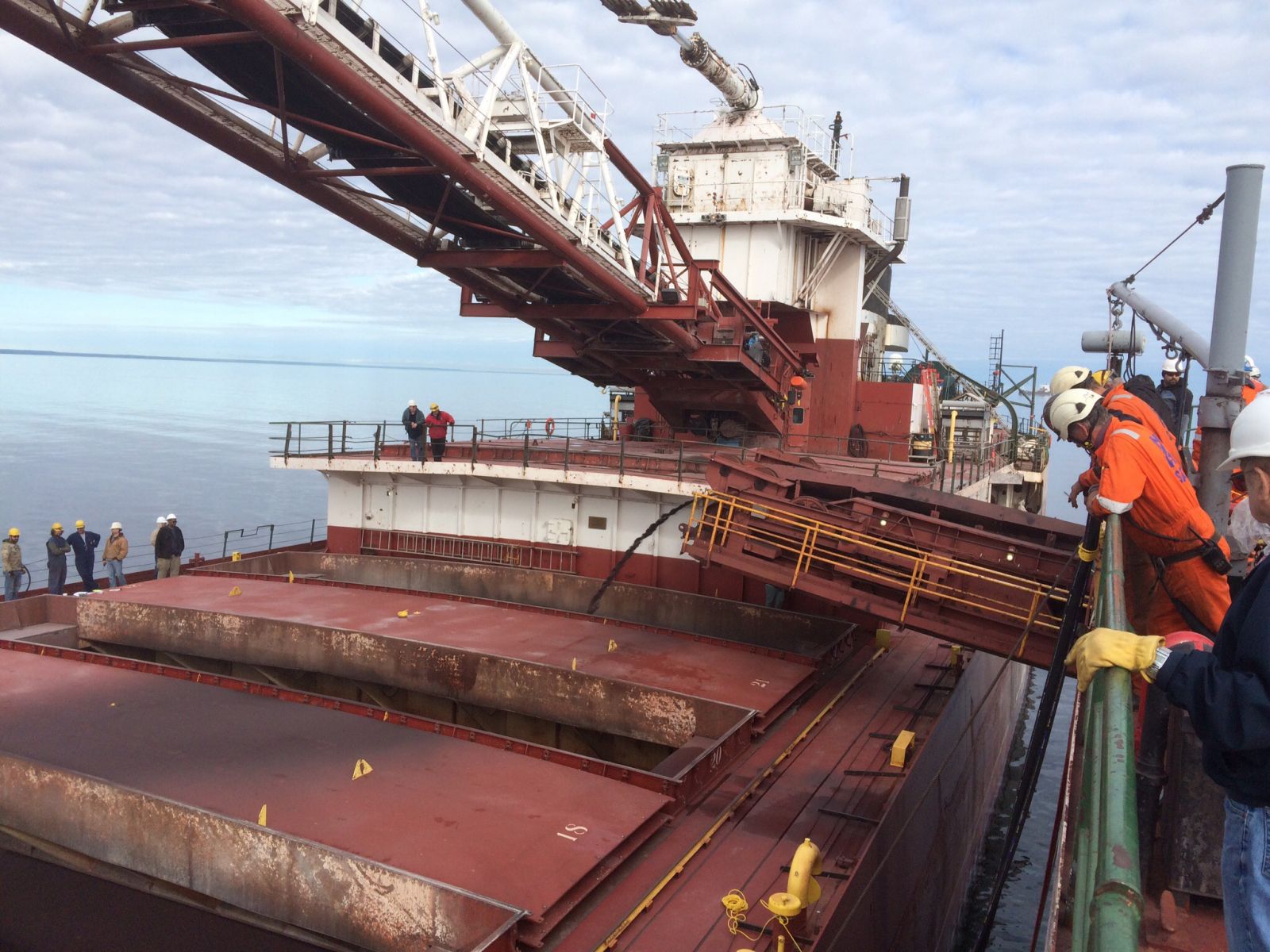 The Philip R. Clarke, operated by the same firm as the Blough, arrived for the transfer Thursday and lightering began early Friday. Coast Guard units on scene increased the safety zone around the two ships to 750 yards as the evolution got under way. 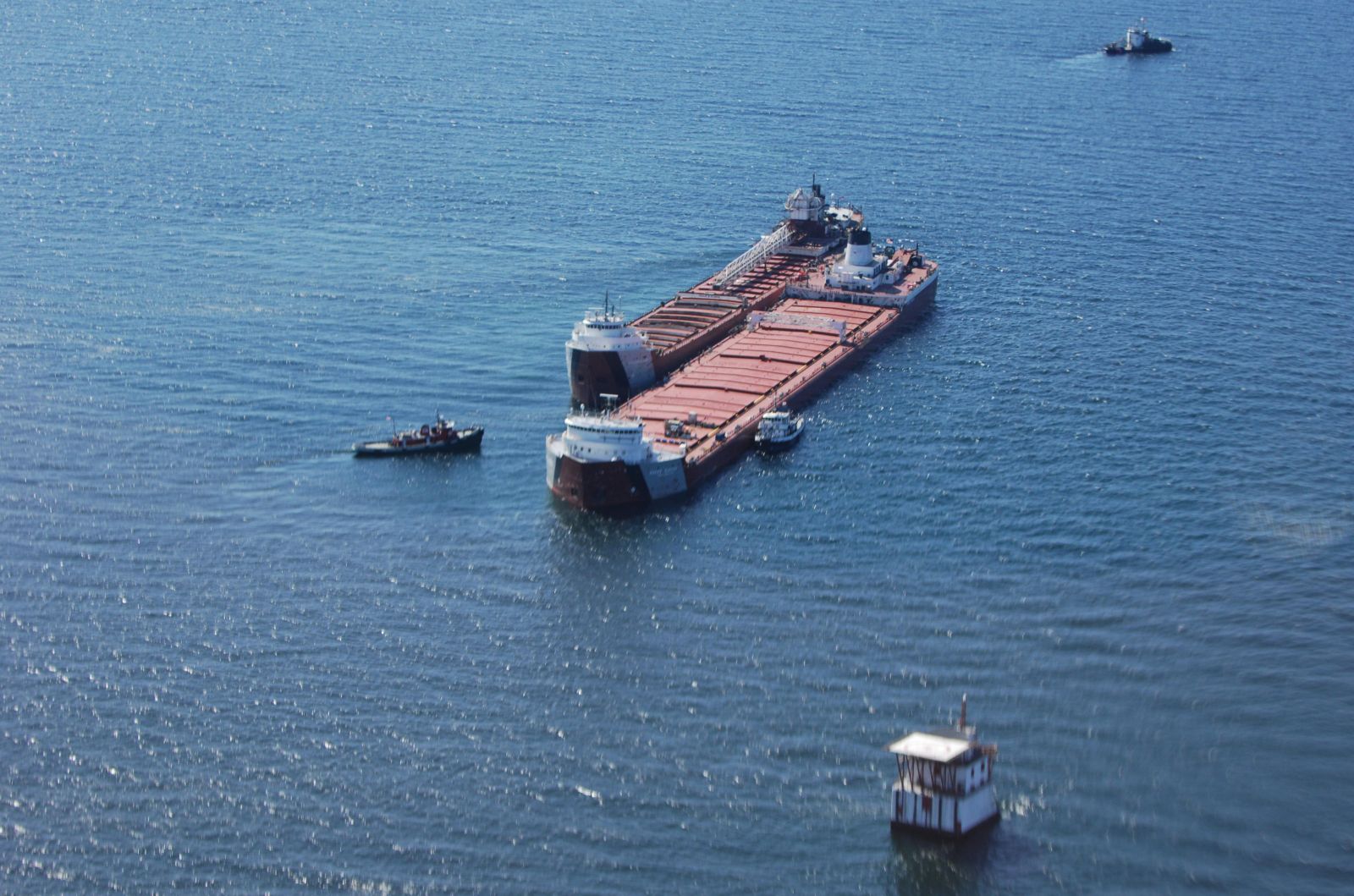 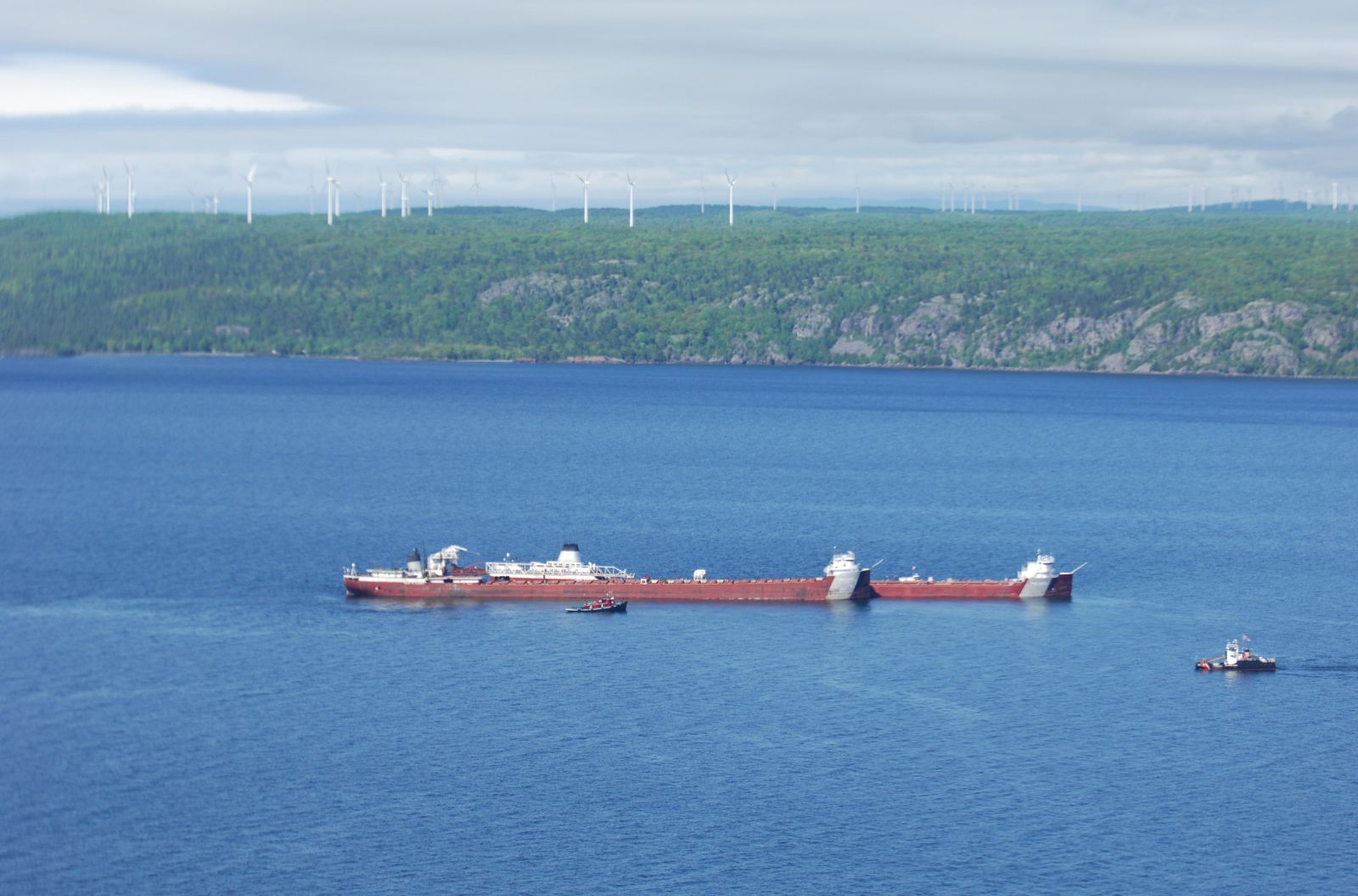 A tour boat operated by Soo Locks Boat Tours came by to watch. "You can look from the shore, but to actually get out and see it . . . it's really exciting," said the firm’s general manager, Rich Brawley. "We had a lot of people who wanted to get out here, so we decided to put a cruise together and come out," he told local TV news.