In order to take an ultra-large semisubmersible crane vessel into the Baltic, offshore heavy lift company Heerema has engaged in some serious re-engineering. The cranes aboard the Heerema mega-ship Thialf had to be modified in order to pass under the Great Belt Bridge, which connects eastern and western Denmark at the entrance to the Baltic.

Thialf, the second-largest crane vessel in the world after Heerema's Sleipnir, is under way to the Arcadis Ost 1 wind farm project in the German sector of the Baltic. She has been chartered to install turbine and blade assemblies for the new wind farm using Heerema's "rotor nacelle assembly" combined lifting method, which involves preassembling the nacelle and blades before final installation.

The only hitch: to get from Rotterdam to the installation site, Thialf has to pass under the "gate to the Baltic Sea." The Great Belt Bridge has a vertical clearance of 65 meters, but the tops of Thialf's crane A-frames are 105 meters above the water. Heerema's fabrication team got to work on a custom solution to reduce air draft, taking advantage of the A-frames' hinged corners to devise a way to lower the cranes and fold up the A-frames. About 150 tonnes of new fabricated steel structures were needed to make the modifications, Heerema said. Ballasted down to her maximum draft, Thialf could just fit under the bridge. 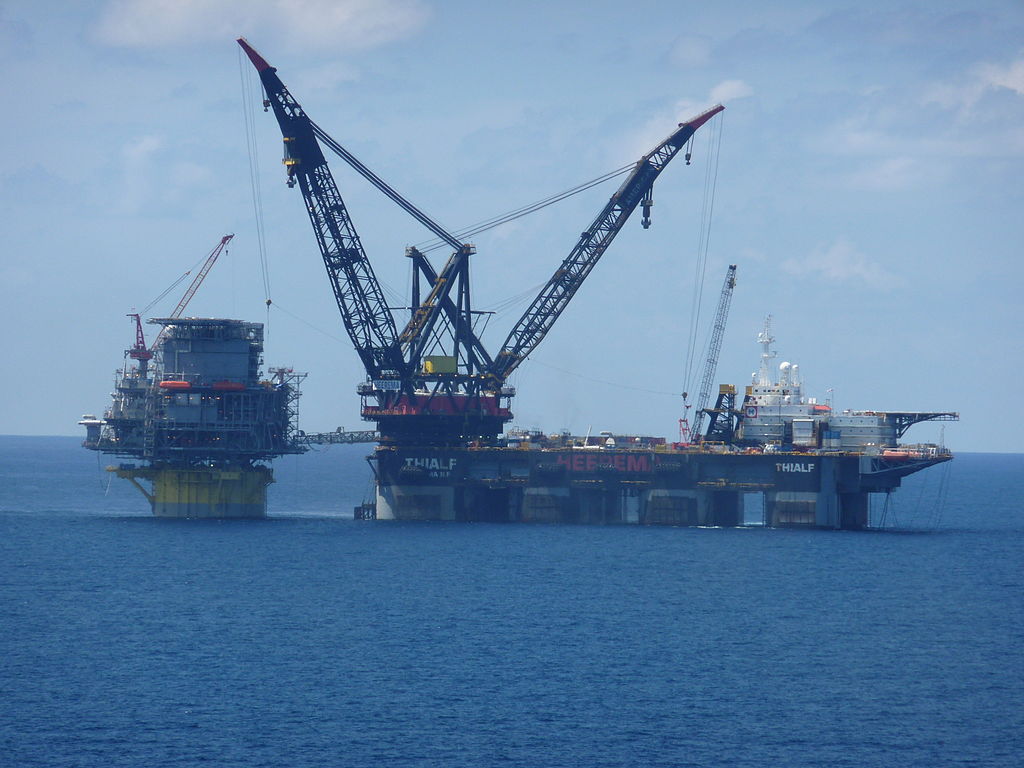 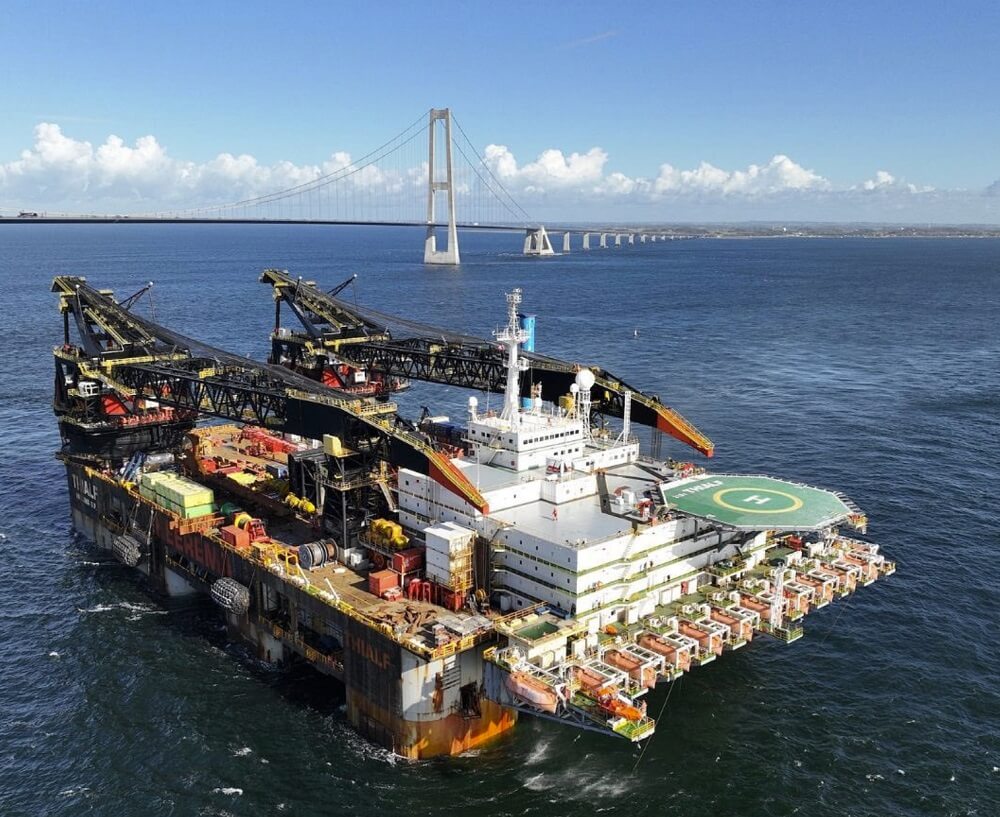 Now that Thialf has access to the Baltic, the maximum lifting capacity available to customers the region has increased by 10,000 tonnes, according to Heerema - opening up new possibilities.

Another impressive heavy-lift ship has recently completed work at the Arcadis Ost 1 project, paving the way for Thialf's scope of work. DEME's specialized wind vessel Orion installed the heaviest monopiles ever produced in Europe, with weights of up to 2,100 tonnes each. Orion is capable of picking up and installing these piles without a jack-up rig, speeding up the process of moving around a wind farm site. Liebherr, the manufacturer of the crane aboard Orion, said that the combined innovation on the crane and the vessel have sped up installation from three days per monopile to just one day per monopile, even with ultra-heavy piles 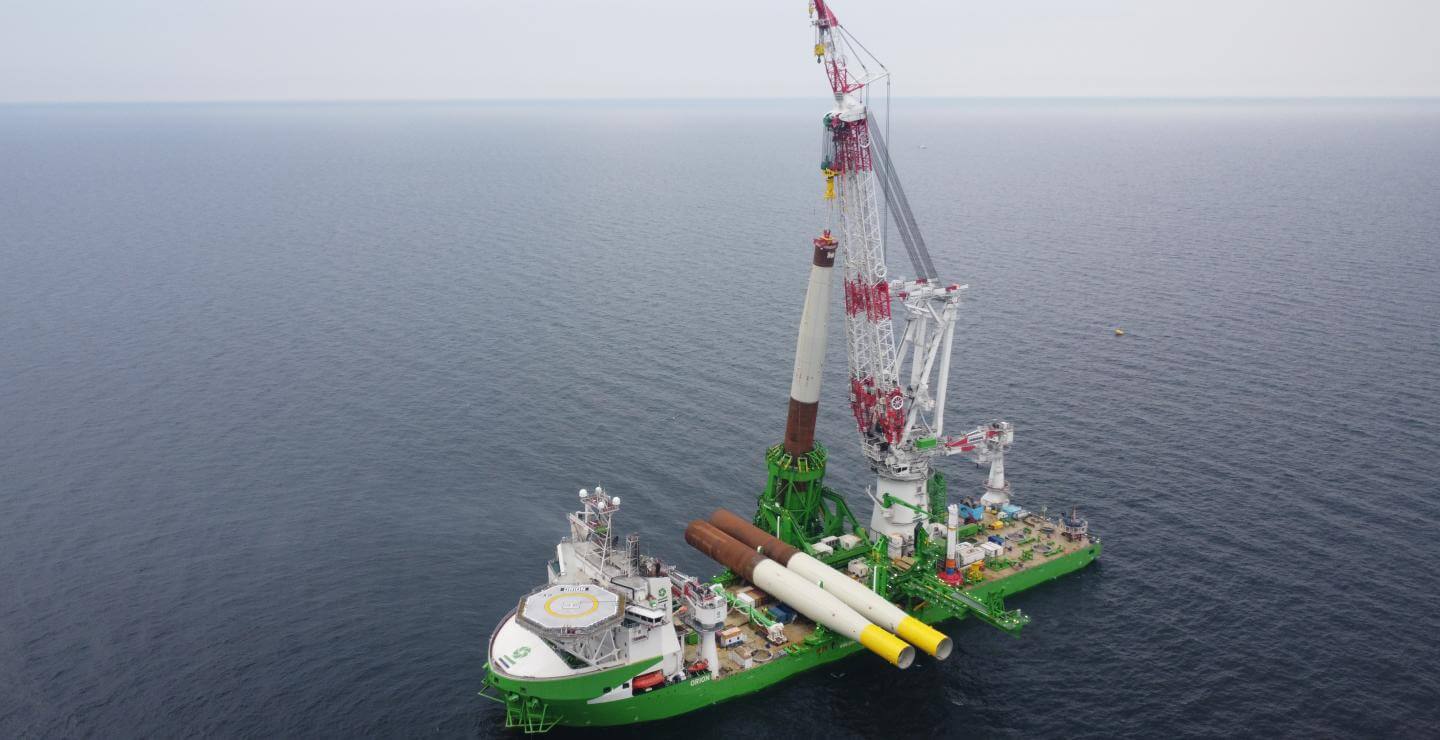