On Monday morning, the U.S. Coast Guard's 5th District reported that it is working with local fire agencies to respond to a barge fire off Bombay Hook Point, Delaware.

Watchstanders at the Sector Delaware Bay Command Center received a call at about 0115 hours reporting an unmanned barge on fire in the Delaware River. The 300-foot barge, identifiable from photos as the deck barge CMT Y NOT 6, was carrying discarded household appliances and other metal scrap. 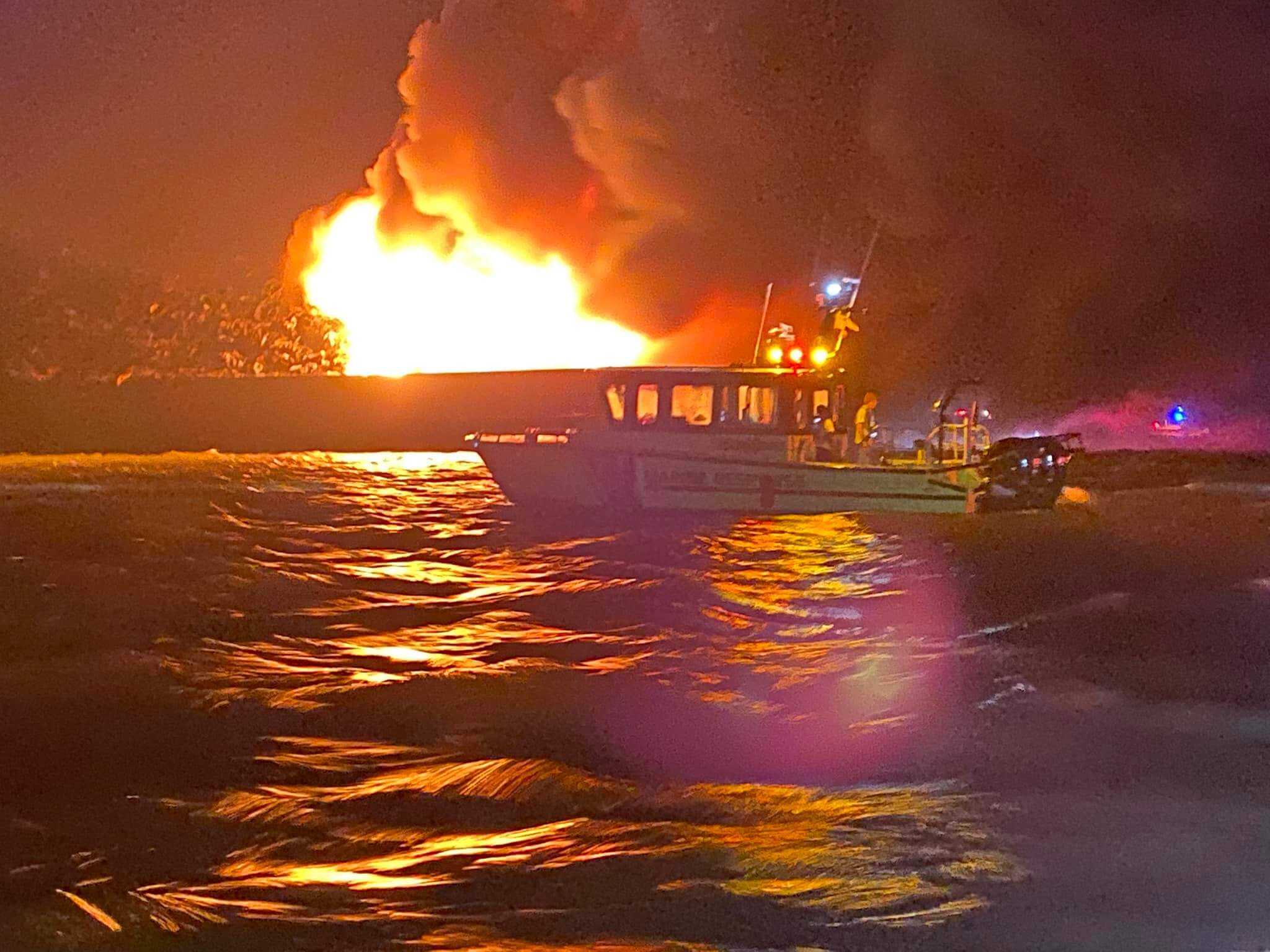 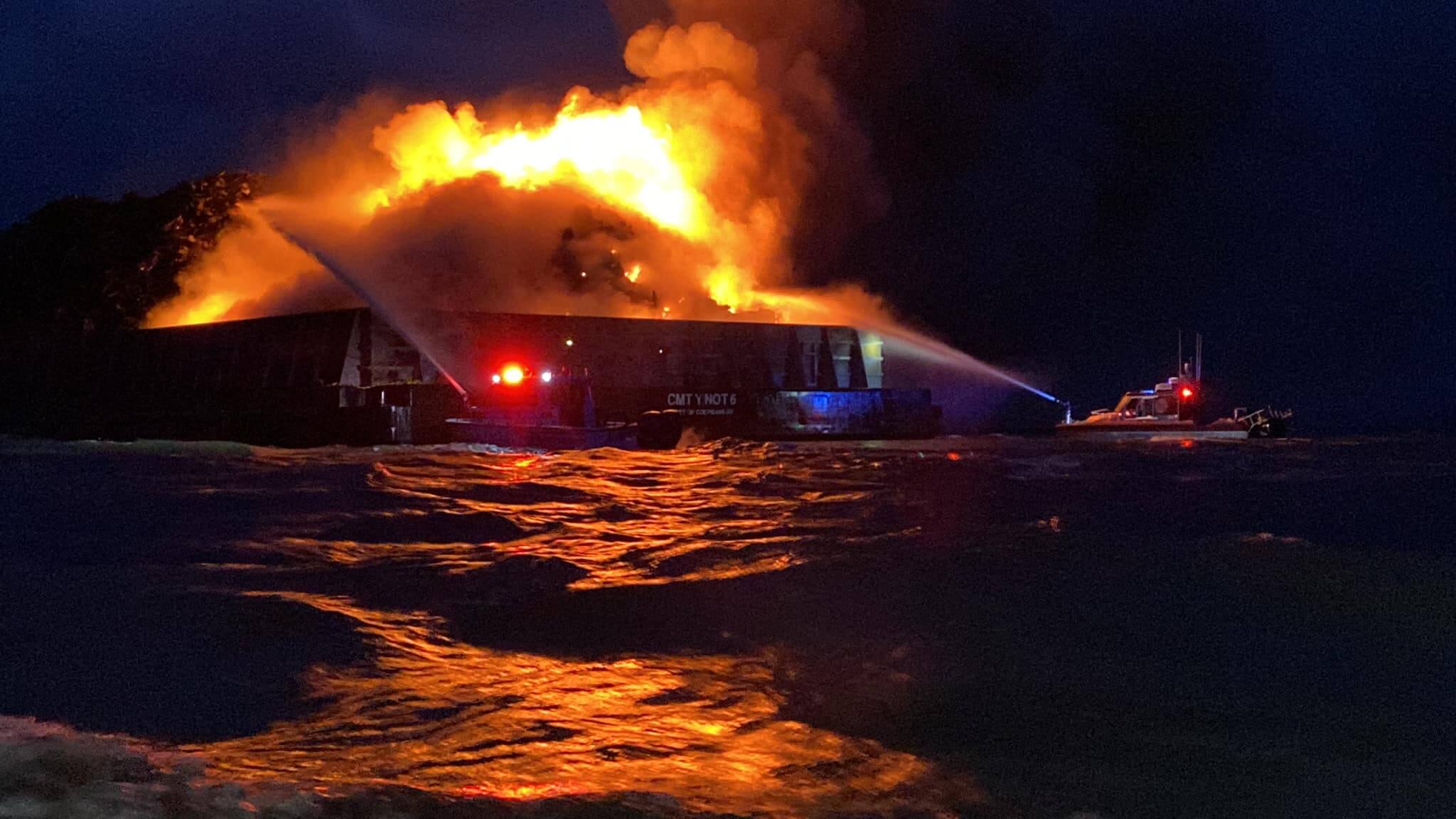 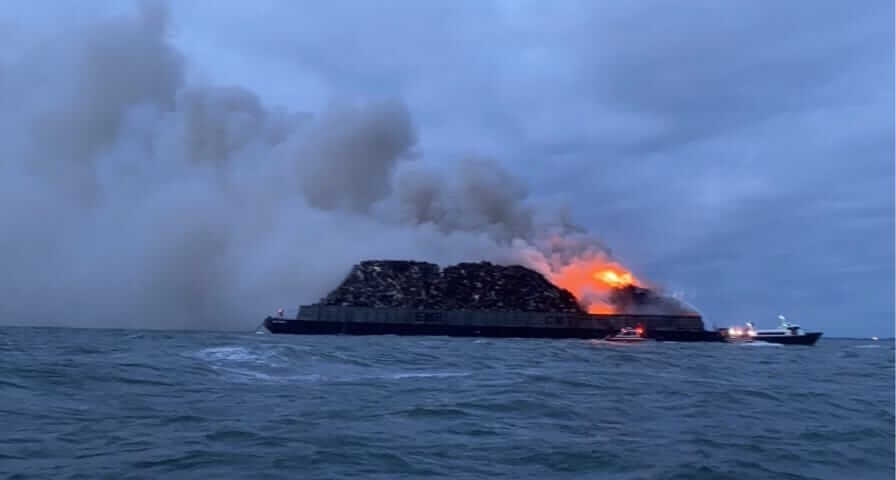 One Coast Guard patrol boat and six fire boats from local fire agencies attended the scene to fight the blaze. No injuries were reported, and there are no signs of pollution, according to the Coast Guard. Photos from the scene appeared to show that the scrap metal pile contined to burn after daybreak, and firefighting efforts continued.

“Our highest priority is ensuring the safety of firefighters and response personnel on scene,” said Capt. Jonathan Theel, Sector Delaware Bay Captain of the Port. “We will also work to mitigate any environmental threats and protect the flow of commerce within this vital port.”

Marine traffic is requested to stay clear of the area of the incident.