People Power and the Contract of the Century

The European Parliament voted to adopt a regional EU regulation on the monitoring, reporting and verification of individual ship CO2 emissions on Tuesday. The move to do this, rather than to rely on the IMO’s agenda for shipping’s self-management of change, comes in part from politicians’ recognition of people power.

The International Chamber of Shipping, BIMCO and Intercargo naturally stated their disappointment, but there is a different, perhaps more powerful rally for people power underway that they might be more disappointed about.

The Guardian has launched a campaign that could impact both the shipping and offshore industries. There is a petition to sign as part of its “Keep it in the ground” campaign addressed to Bill and Melinda Gates, founders of the Bill and Melinda Gates Foundation and Jeremy Farrar and Sir William Castell, director and chair of the Wellcome Trust:

“Your organisations have made a huge contribution to human progress and equality by supporting scientific research and development projects. Yet your investments in fossil fuels are putting this progress at great risk, by undermining your long term ambitions. 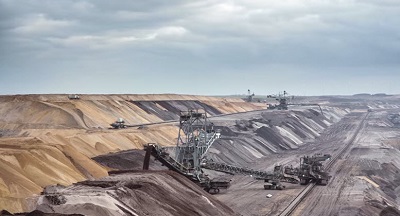 “Climate change poses a real threat to all of us, and it is morally and financially misguided to invest in companies dedicated to finding and burning more oil, gas and coal. Many philanthropic organisations are divesting their endowments from fossil fuels. We ask you to do the same: to commit now to divesting from the top 200 fossil fuel companies within five years and to immediately freeze any new investments in those companies.”

The Guardian indicated an element of collaboration against its cause, stating that the U.K. government granted far more meetings to the fossil fuel sector than renewable energy companies between 2010 and 2014.

The contract of the century

Bob Dudley, BP’s Group chief executive, spoke of “great courage, great adventures and great leadership” as he traced the company’s progress at its 2015 Annual General meeting this month. He made the obvious point about what people around the world have gained from fossil fuels: “Our aim is always to achieve the best possible value for you, our shareholders. But at the same time we are a business with a wider purpose. The money you invest and the energy we deliver transform economies and transform millions of peoples’ lives.”

Last year BP celebrated 50 years in the North Sea. “We were opening up a new world energy frontier at the time and a new era for Britain,” said Dudley.

Last year also marked the anniversary of an agreement BP first signed in Azerbaijan 20 years ago. “That deal to produce oil became known as the Contract of the Century,” said Dudley. “It has brought new prosperity to the people of Azerbaijan.”

In their latest developments in the country, BP is opening up a new 3,500 kilometre corridor – the Southern Gas Corridor – that will bring a completely new supply of gas to Europe. This year the pipes are being laid in the ground. 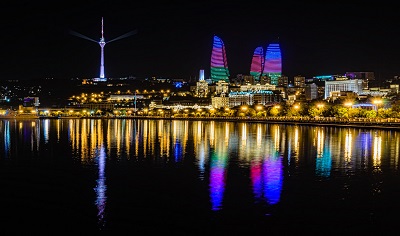 “We are leading a flagship for the industry, demonstrating how BP’s major projects continue to move forward at pace. It shows how quickly things can happen when business and governments work well together,” says Dudley.

“Such projects will generate value for BP for many decades to come, and I am very proud to go to work knowing we make big differences to peoples’ lives in this way.”

Dudley acknowledged many people loyal to the company. “I know many of you have been loyal to BP over many decades. As a shareholder in BP, one of Britain's great companies, one that is over a century old, you understand the value of investing in a business that can look a long way back as well as a long way forward.”

Uniting the power to change

These people, BP’s shareholders, reflect a different viewpoint to those the Guardian is expressing, but Statoil CEO Eldar Sætre, delivering a keynote speech in Houston last week, highlighted the need for unified, not divided, action.

He said that solving the challenge of achieving lower carbon emissions is not something that one company can do alone. “It calls for more engagement as an industry. That engagement requires transparency about our performance and how we conduct business, ongoing dialogue with our stakeholders, and holding ourselves responsible for setting the standards to effectively influence our operating environment.”

Sætre said: “The hard truth is that despite all our technical sophistication, the highest HSE standards, and priding ourselves on managing risk…Our industry is still perceived mostly as part of the problem and not seen as wanting to be part of the solution.”

Statoil acknowledges the scientific consensus on human-induced climate change and embraces the need to meet the two degree target. Limiting warming to no more than two degrees has become the de facto target for global climate change policy.

The UN’s COP 21 meeting on climate change is scheduled for Paris in December. “This means that now is the time to engage: with policy makers to enable the right kind of regulation and with civil society to create trust in our contributions. If we don’t, we risk becoming an industry that neither gets access nor acceptance,” says Sætre. 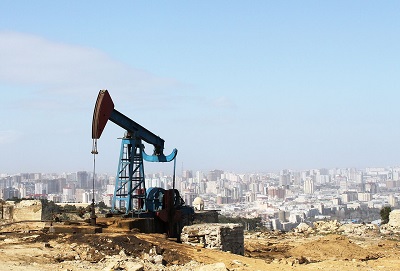 So what can we as an industry do, he asks. “First of all, we can continue to replace coal with natural gas. It’s an immediate and highly effective way of cutting emissions. And both Asia and Europe should follow the U.S. on this journey.”

Statoil believes in a price on carbon that effectively stimulates the shift that is needed. “In Norway we have had a high CO2 tax for more than 20 years. Currently it’s at about $65 per ton. That has helped reduce emissions to less than half the global average.”

He calls for innovation and investment in new solutions. Statoil recently launched a technology cooperation with GE aimed at accelerating low carbon solutions.

“Working together we can go further and faster than alone. As an illustration, in the Bakken we are already capturing flared gas, through our CNG in a box solution, using it to fuel our drilling rigs, saving diesel and reducing emissions.”

Statoil also recently launched the “End routine flaring” initiative together with the World Bank, UN and other industry partners. “The target, zero flaring by 2030, is one of the most important contributions our industry could make, and by achieving it 300 million tons of carbon emissions could be cut,” he says.

“In general there is a lot of naivety when it comes to what it will actually take to transform the global energy systems and transition to a low carbon society. I see a strong role for oil and gas in the world’s future energy mix. Delivering all the oil and gas that a growing population needs, is a major challenge. Delivering it with low costs and low carbon, will require even more.”

According to ICS, BIMCO and Intercargo, negotiations on additional measures to help reduce CO2 from shipping will continue at the MEPC in two weeks’ time. “It will be vital for EU Member States to explain how the new EU Regulation can be implemented in a way which is fully compatible with whatever might be agreed by IMO for global application, in the interests of avoiding the unhelpful complication of a separate regional regime,” said the organizations in a statement. 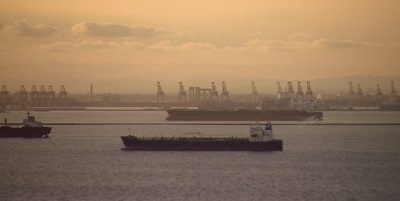 The shipping industry associations reiterate that the latest IMO Green House Gas Study, published in 2014, found that international shipping had reduced its total CO2 emissions by more than 10 percent between 2007 and 2012, despite an increase in maritime trade.

Will this be enough to satisfy people power? The Guardian has over 180,000 signatures for their “Keep it in the ground” petition. “Join us and more than 189,000 others in urging the world's two biggest charitable funds to move their money out of fossil fuels,” says the Guardian on the front page of their campaign website. “Take a stand,” it urges.

“Climate change can be tackled using a very simple idea – divestment. It means taking your money away from companies involved in extracting fossil fuels.”

Editor’s Note: The opinions expressed herein are the author’s and not necessarily those of The Maritime Executive.