The portal shows the distribution of litter and its interactions with organisms.

The Institute’s latest interaction analysis shows that 34 percent of the species monitored ingest litter, 31 percent colonize it and 30 percent get entangled or trapped in it. The total number of affected species is rising steadily and is currently at 1,220. 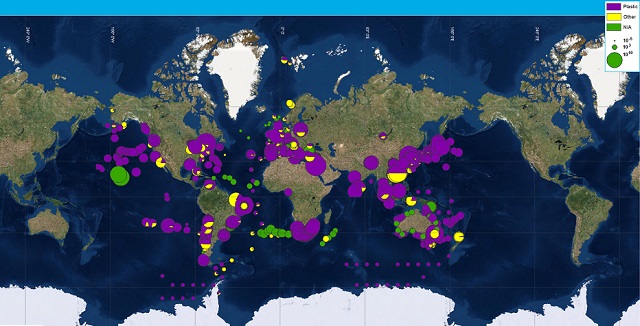 In just ten years, the concentration of marine litter at a deep-sea station in the Arctic Ocean studied by AWI scientists has risen 20-fold. Plastic and glass was found most frequently. Glass does not usually drift; it sinks straight to the ocean floor. This indicates local sources and coincides with increasing ship traffic in the region due to the receding ice. It is difficult to determine the source of the plastic litter though, as it often covers a considerable distance before reaching the seafloor.

Marine litter is also found at the sea surface in the Arctic. Though it remains unclear how the litter gets so far north, it is likely to pose problems for local marine life. 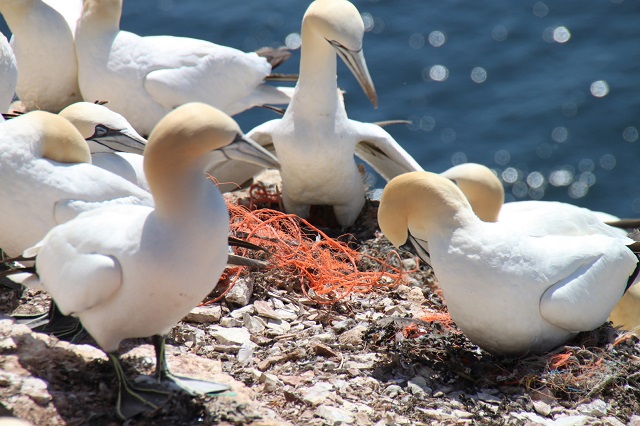 The database and portal has been established by Dr Melanie Bergmann from the AWI, Helmholtz Centre for Polar and Marine Research along with her colleagues Dr Lars Gutow and Mine Tekman. The team’s motivation: previous compilations of scientific data never included all datasets, because there were too many differences in the methods applied by the various research groups. Some researchers collect litter with trawling nets and calculate the weight, while others such as Melanie Bergmann rely on underwater cameras. Some extrapolate on the basis of the amount in a given area (one square kilometer); others use the distance covered (in kilometers) instead.

“Our global maps also show data in different units. However, we intentionally designed Litterbase with this feature, since it allows users to filter results by type of unit. In this way, values using the same unit can easily be compared –for the first time, for litter in different regions and ecosystems,” explains Gutow. 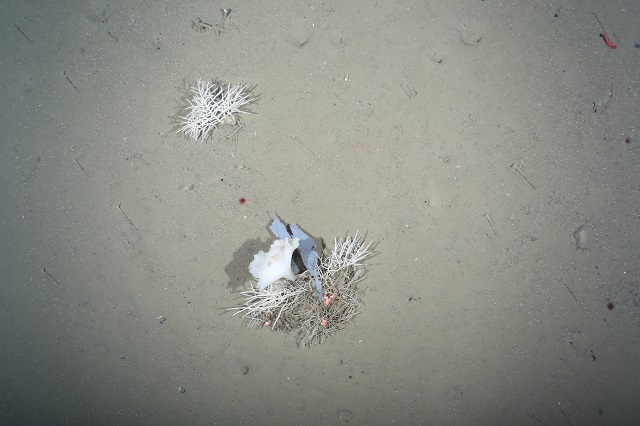 According to Bergmann, the maps document where researchers have identified litter, but blank areas on the map don’t necessarily represent clean regions; instead they’re blind spots. For example, it’s readily apparent on the global map that numerous studies have been conducted in the Mediterranean. Yet there have been very few publications from Africa, the open ocean or the Dead Sea, so we still know precious little about the situation in vast expanses of the world’s oceans, says Bergmann.

Gutow, Tekman and Bergmann were surprised by the variety of sources where marine litter was described. Some litter sightings are found in publications that actually have nothing to do with litter, like papers on the coral gardens of the Mediterranean or the anthropogenic effects that activities like fishing have on the seafloor.

Bergmann says: “While compiling Litterbase, I discovered a cache of old data on litter in the Antarctic, which the signatory countries of the Antarctic Treaty gathered on a regular basis. In addition, the ingestion of microplastic at the beginning of the food chain was investigated for various groups of plankton and unicellular organisms as far back as the 1980s. As such, Litterbase will also help us rediscover ‘old’ and in some cases forgotten findings.” 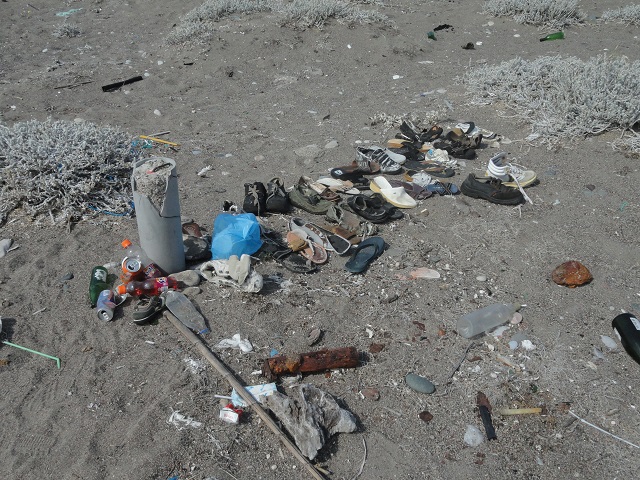