In a report released Thursday, the National Transportation Safety Board concluded that the fatal explosion and fire aboard the barge Bouchard No. 255 was the result of a lack of effective maintenance and safety management by the Bouchard Transportation Company.

According to the NTSB's brief, the explosion aboard the articulated tug and barge Buster Bouchard / B No. 255 on Oct. 20, 2017 was caused by the ignition of flammable vapor that formed in a void space. The vapor was from crude oil that leaked into the void space from the number one port cargo tank through a corroded bulkhead.

Two barge crewmembers who were on the bow - Zachariah Jackson, 28 and Du’jour Vanterpool, 26 - were killed in the explosion. About 2,000 barrels of crude oil were discharged from the barge or consumed in the ensuing fire. The barge sustained more than $5 million in damage and was scrapped after the accident. The tugboat was not damaged. 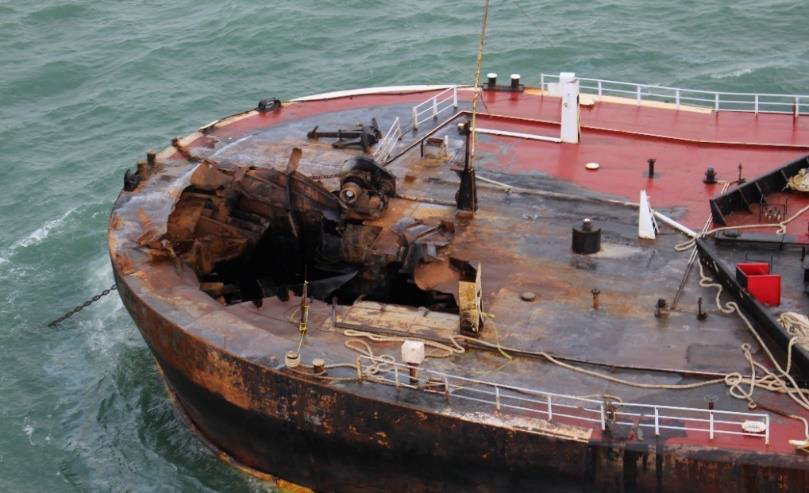 Bouchard No. 255's port bow after the casualty (USCG)

Damage on deck after the casualty (USCG) 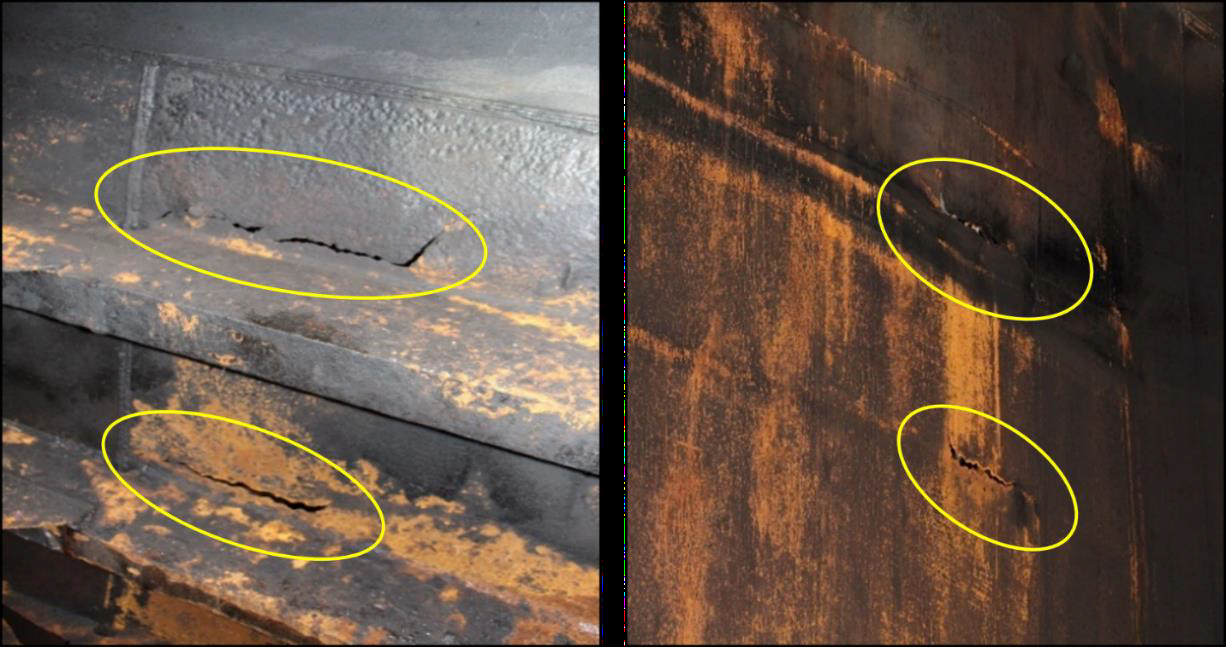 Cracks in bulkhead separating the forepeak from the no. 1 port cargo tank, as viewed from the forepeak (left) and the cargo tank (right). (Photos by USCG / Caption by NTSB) 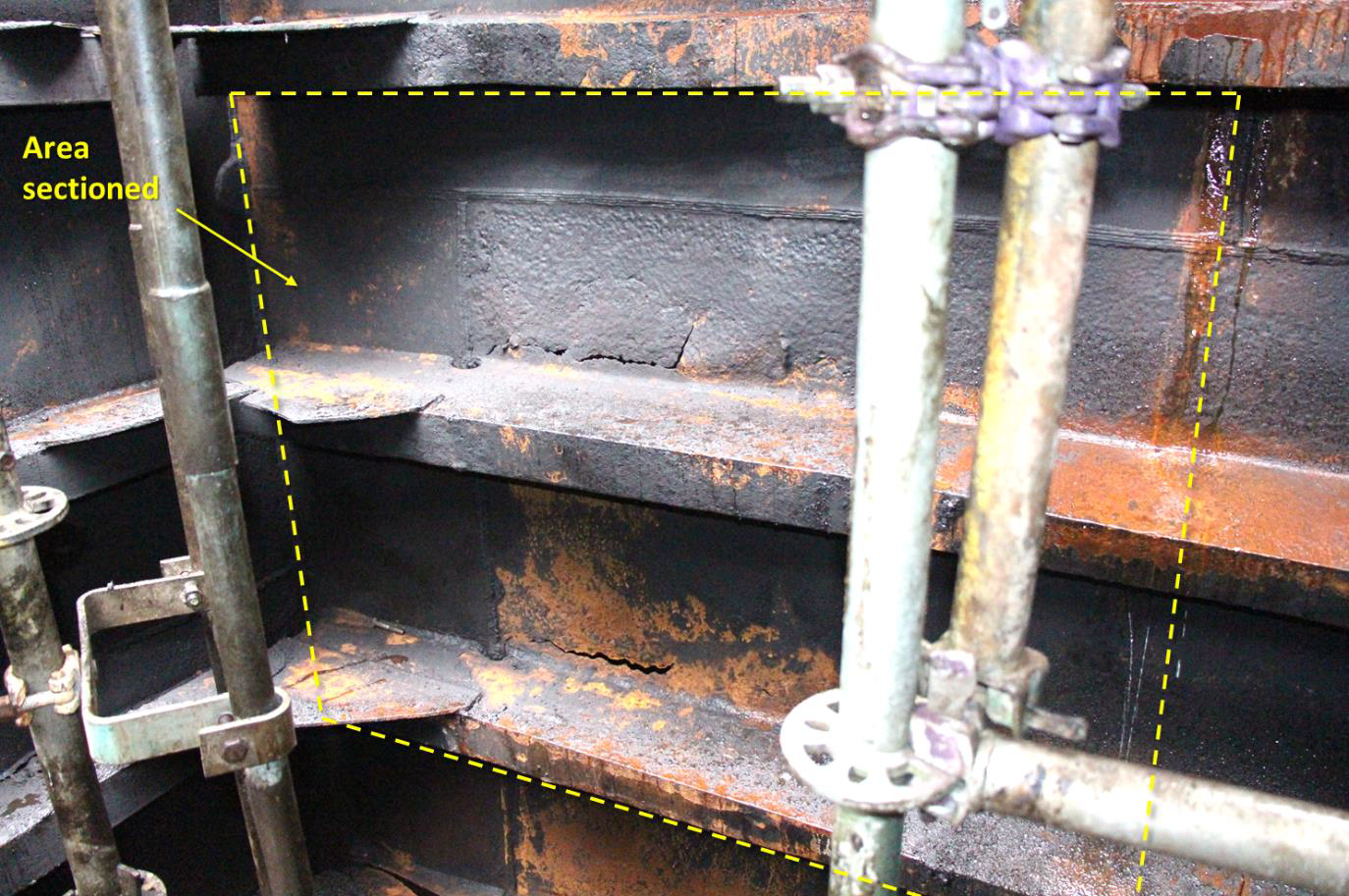 Cracks in bulkhead separating the forepeak from the port no. 1 cargo tank. The dashed section was removed and sent to the NTSB Materials Laboratory for analysis. (Photo by Coast Guard / Caption by NTSB) 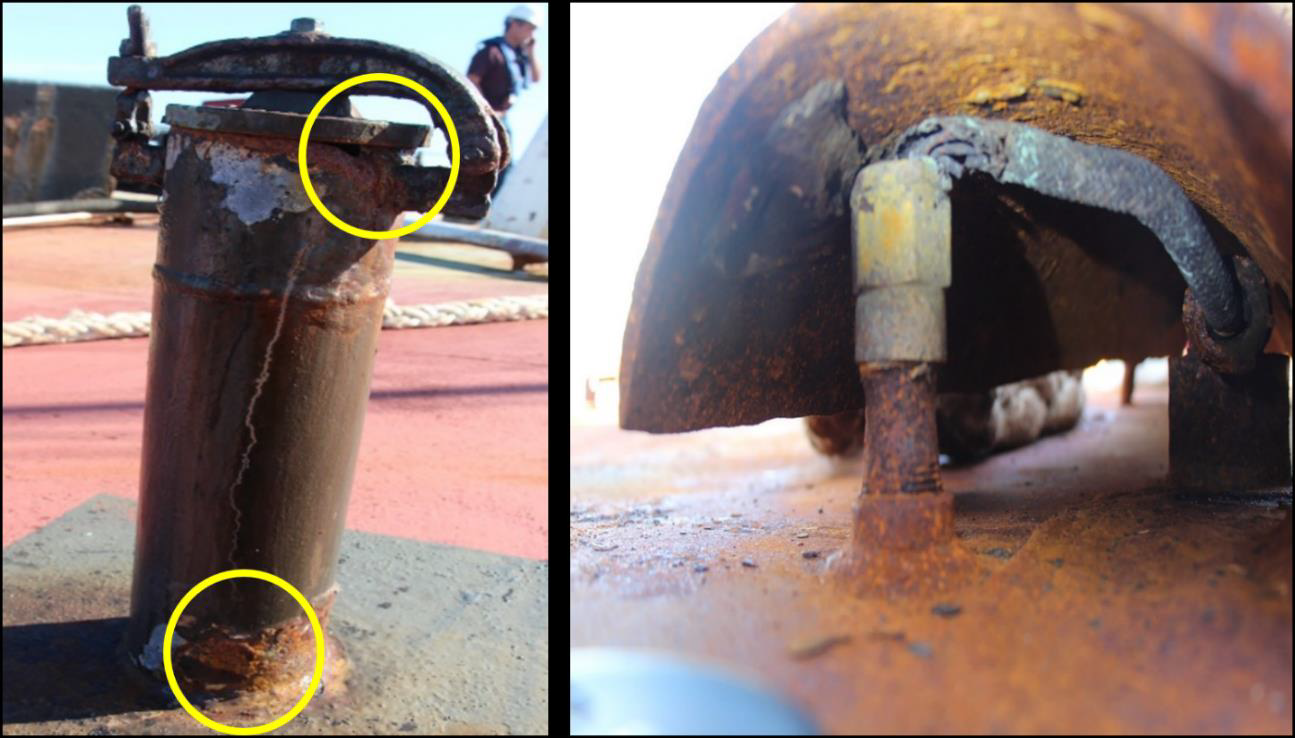 NTSB investigators documented cracks in the area of the original bulkhead that were not repaired prior to the explosion (photos above), and determined that these cracks compromised the integrity of the cargo containment of the number one port tank. The NTSB found that U.S. Coast Guard inspectors who examined the barge prior to the accident failed to identify unsafe conditions, which allowed the vessel to continue to operate at an increased risk to the crews, the environment and port facilities.

Barge B. No. 255 ABS and Coast Guard survey and inspection timeline (NTSB)

"Despite significant evidence suggesting that the B. No. 255 was poorly maintained and unsafe, the Coast Guard inspection record prior to the accident indicated that the vessel was compliant with regulations and fit for service," NTSB wrote. "The postaccident inspections of 25 other Bouchard Transportation barges identified 251 deficiencies (deficiencies that were not found during preaccident inspections), and operational controls were placed on 10 barges."

Further, NTSB alleged that the American Bureau of Shipping failed to act on its surveys, which also highlighted discrepancies regarding the substandard maintenance and hazardous conditions of B. No. 255. The NTSB also found no indication of collaborative communications between ABS and Coast Guard regarding deficiencies discovered by either organization prior to the explosion.