The Chinese fishing trawler Hailufeng 11, licensed to fish in Côte d’Ivoire, was taken by pirates on Thursday, May 14 in the Ivorian exclusive economic zone with 18 crewmembers aboard – eight Chinese nationals, seven Ghanaians and three Ivorian nationals. Through rapid and engaged cooperation among a number of different African states and institutions, the vessel was tracked, and the Nigerian Navy was able to interdict it 140 nautical miles south of the Lagos Fairway Buoy at about 2210 local time on the night of May 16.

When approached, the pirates refused to stop, and the Nigerian Navy’s Special Boat Service, embarked on the NNS Nguru, performed an opposed boarding while underway at 9 knots. The dramatic rescue was hugely successful, as all 18 hostages were recovered, 10 pirates were arrested, and the vessel was safely escorted into Lagos. 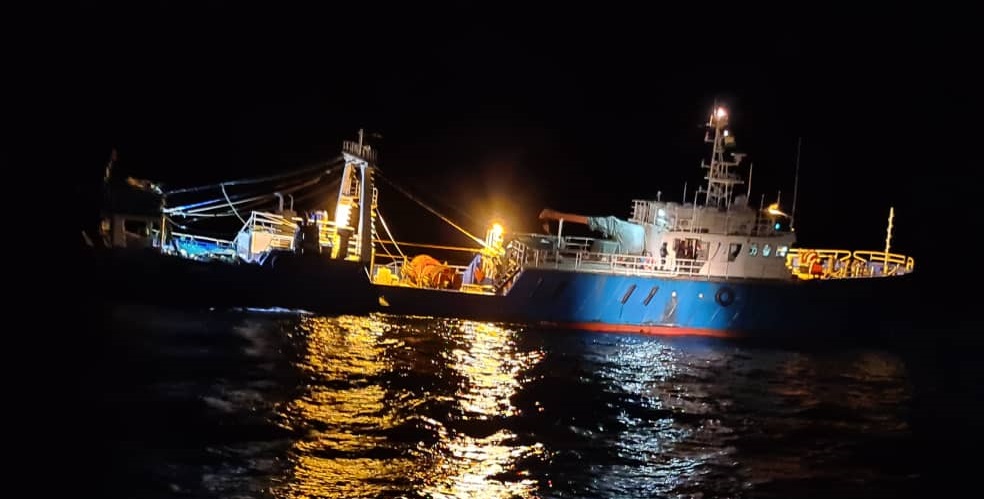 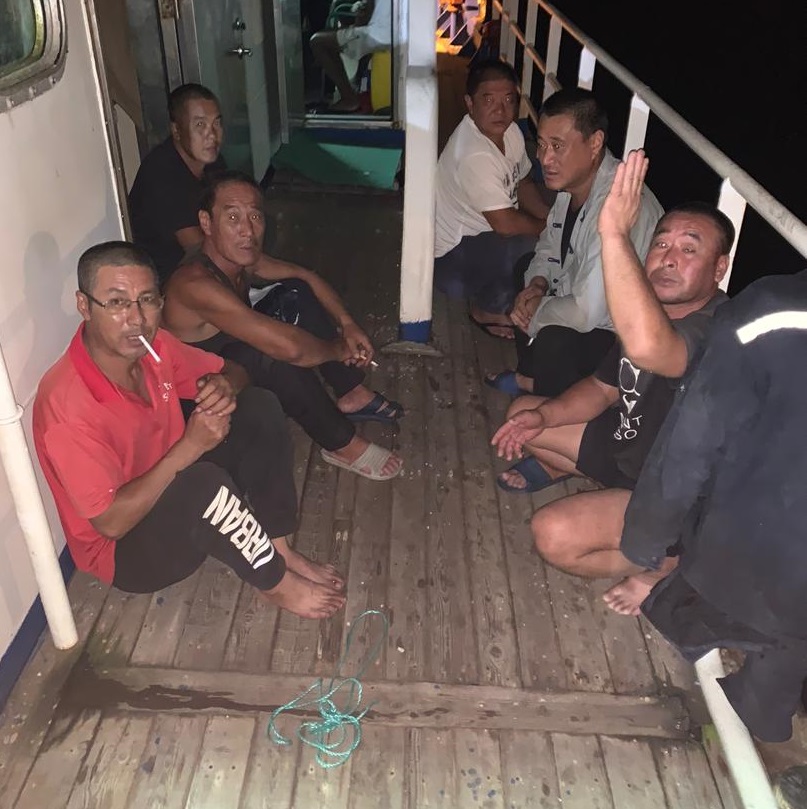 In a week that saw two incidents of theft from vessels at anchor, two incidents of kidnapping off vessels and one suspicious approach across the wider region, the Gulf of Guinea needed a victory. Reminiscent of the success story of the M/T Maximus in 2016, the Navies of Côte d’Ivoire, Ghana, Togo, Benin and Nigeria again cooperated to successfully track, interdict and liberate the Hailufeng 11. Benin and Nigeria both deployed naval vessels in pursuit, and while Nigeria’s Western Naval Command performed the interdiction, the end result was born of commendable cooperation.

Compared to the Maximus, however, there were five main differences: 1. The alert about the attack was raised and disseminated by local authorities; 2. The coordination was provided by the Yaoundé Architecture for Maritime Security; 3. Foreign navies were not involved, 4. Oil was not the focus of the attack; and 5. Nigeria has new legislation and procedures which may help produce a successful legal as well as operational finish.

Even before the owners of the pirated vessel and Chinese government officials began notifying local authorities in a variety of African states that they believed the Hailufeng 11 had been attacked, the Vessel Monitoring System in Côte d’Ivoire’s Fisheries Ministry had triggered an alert. Ivorian Fisheries were instrumental in sharing that information with other Ivorian authorities. The Permanent Inter-Ministerial Commission for State Action at Sea (SEPCIM), in turn, shared it with the Zonal and Regional authorities who disseminated the information further. Whereas there was no communication between the owners of the Maximus and the local authorities in 2016, this weekend’s chain of events shows that there are now means of sharing information rapidly and reliably to effectuate a meaningful national, zonal, regional and even inter-regional response.

Whereas in 2016, the West African navies cooperated successfully to recapture the M/T Maximus, much of that cooperation was ad hoc, born of relationships rather than formalized mechanisms. This weekend’s recapture of the Hailufeng 11 was coordinated by the established institutions of the so-called “Yaoundé Architecture for Maritime Security.”

Under that architecture, states are grouped into Zones, the regions of West and Central Africa each have a Maritime Security Center, and the two regions come together under the Inter-Regional Coordination Center. Importantly, while the Multinational Maritime Coordination Center of Zone E – which includes Nigeria, Benin, Togo and the “landlinked” state of Niger – led the coordination, Zone F, which is where the incident began, and Zone D, which is where it would have ended up had it gone beyond Nigeria, were both supporting with information sharing and assistance in tracking the vessel.

Furthermore, CRESMAO – the West African regional center of ECOWAS – helped coordinate the flow of information, and CRESMAC – the Central African regional center of ECCAS – also helped monitor the situation and provide input. Finally, all of this communication was further facilitated by the Inter-Regional Coordination Center. Consequently, while the Nigerian Navy deserves credit for the operational success, there are a lot of institutions without whom the situation would not have been resolved so quickly and successfully.

In some ways, the role of the Yaoundé Architecture supplanted the roles that the US Navy and French Intelligence provided during the case of the M/T Maximus. Many have argued that the 2016 incident would not have been a success story without the assistance of the foreign navies, working to track the vessel and coordinate the flow of information about it. This time, the Yaoundé Architecture and the states of the region were able to do so without any foreign involvement.

Even before oil futures dipped into negative territory last month, there had been a noticeable shift in focus of piracy incidents in the region away from oil theft and toward kidnap for ransom. In 2019 and 2020 there has been a big climb in the number of kidnapping incidents in the region, and an increase in the number of hostages being taken overall. This has raised concerns about oil installations, container traffic and tanker movements through the region. But the Hailufeng 11 is a fishing trawler, not involved in either the oil industry or maritime commerce. While fishing trawlers are often targeted for use as a mother ship, there is no indication that that was the intent in this particular incident. More analysis will need to tease out the details of this case, but certainly compared to the Maximus, this is quite a different modality of crime.

Finally, and quite importantly, since 2016, Nigeria has passed the Suppression of Piracy and Other Maritime Offenses (SPOMO) Act (24 June 2019) and developed the Harmonized Standard Operating Procedures (HSOP) for interagency coordination on maritime matters. One of the downsides of the Maximus case was that, while it was a counterpiracy success on the water, it was not possible to try it as a piracy case in the courts. This weekend’s incident may prove to be a valuable test of the HSOP, and, ideally, would be the first case tried under the new SPOMO Act. Given the tremendous operational success on the part of so many stakeholders in the region, it would be a good conclusion to have this case be a success story of “legal finish,” as well.

There will be other lessons to draw from this case, as it unfolds, such as what this may mean for countries that are perceived to be “softer targets” for pirates, and what the region may be able to do improve public-private relations for faster alerting and information sharing. But for now, it is a good chance to celebrate an inter-regional success that could be used to spark momentum towards more successes, thereby shifting the risk-reward calculus for piracy in the Gulf of Guinea. While the Covid-19 pandemic has confined billions of people to stay-at-home lockdowns, the maritime space continues to operate, both for legal and illicit purposes. It is remarkable, therefore, that not only was the Hailufeng 11 tracked and recovered after an opposed boarding, but that this all occurred during these difficult times.

Dr. Ian Ralby is CEO of I.R. Consilium, a family firm that provides expert advice and assistance on matters of maritime and resource security, international law and transnational crime.  He previously spent four years as an Adjunct Professor of Maritime Law and Security at the US Department of Defense’s Africa Center for Strategic Studies, and three years as a Maritime Crime Expert for United Nations Office on Drugs and Crime.