Nigerian officials have announced a successful sting operation that captured cocaine being smuggled aboard a bulker sailing in Nigerian waters. Nigeria has increased its efforts on maritime security and is seeking to highlight its successes to redress the years of bad publicity due to piracy and kidnappings in the region.

Working with Interpol, which provided “credible intelligence,” the Nigeria Navy commenced tracking of the Singapore-registered Chayanee Naree, which was suspected of attempting to smuggle narcotics into Nigeria. Using the Nigerian Navy Falcon Eye Maritime Domain Awareness system, the Navy reports that it was monitoring the vessel and its movements.

The 57,000 dwt bulker departed Santos, Brazil on September 19. The Navy, however, said that the vessel was acting suspiciously. It was reported to be drifting for a week approximately 250 nautical miles off the coast of Benin after having completed the crossing from South America. The Navy’s tracking of the bulker reported that it was near Benin from October 1 till October 8 before entering Nigerian waters.

“Upon entering Nigerian waters, the vessel was intercepted by Nigerian Navy Ship Ekulu and escorted to NPA port where she was directed to berth on October 9, and taken into custody by the Navy,” reported Commodore Bashir Mohammed of the Nigerian Navy. “Thereafter, other agencies were invited to conduct an extensive and comprehensive search of the vessel for narcotics and other contraband items.”

A combined team of the Nigerian Navy, InterPol Nigeria, Nigerian Custom Service, and Nigeria Drug Law Enforcement Agency (NDLEA), conducted a search of the vessel that lasted five days. Hidden in the number one cargo hold, the teams discovered a bag that they reported contained 32 kilograms (70 pounds) of cocaine.

“The substance was handed over to the NDLEA while further search and investigation have continued on every nook and cranny of the vessel,” said Commodore Mohammed. “Tests conducted on the contents of the bag by the NDLEA confirmed the substance to be cocaine wrapped in 30 slabs.”

The 22 crew of the Chayanee Naree, all reported to be Thai nationals, are being detained on board the ship at the Lagos Port Complex while the investigation continues. 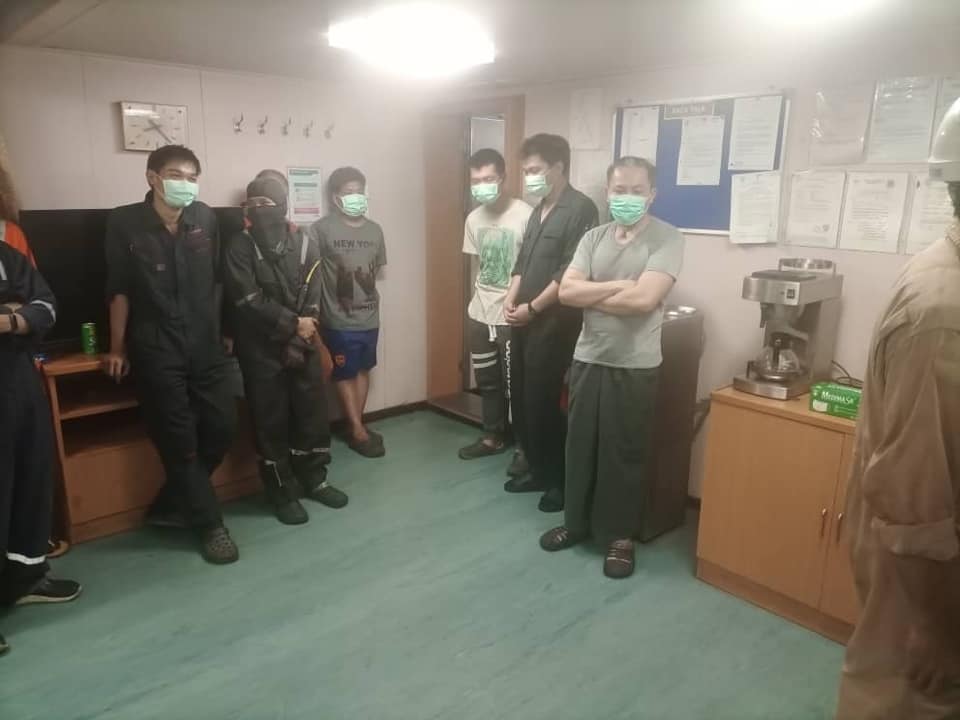 The crew of the vessel is being detained (Nigerian Navy) 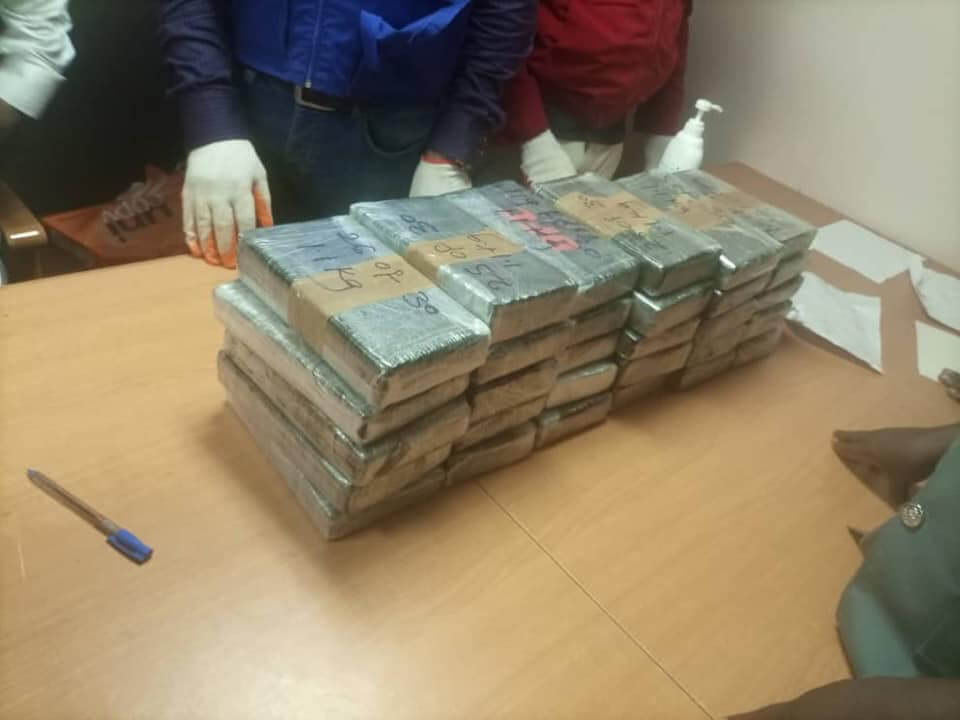