Merchant Ships Attacked and on Fire off Ukraine

Merchant ships continue to be targeted in the escalating Russian war on Ukraine while security analysts are warning vessels to leave the area due to the increased danger. The crew of a small chemical tanker was forced to abandon ship with at least two members of the crew reportedly seriously injured while Ukrainian officials posted pictures of damage from a reported missile that struck a second vessel both anchored off Ukraine.

The most serious incident is being reported by Moldova’s national naval agency which says that one of its vessels, a 2,091 dwt chemical tanker named Millennial Spirit, was set ablaze with the crew forced to jump overboard. Ukrainian officials reported that the vessel was loaded with 600 tons of fuel oil at anchor south of Odessa.

Security analysts at Dryad Global are reported that it is believed that the vessel was hit by two missiles, one in the superstructure and a second midships that caused the fire. A statement from the Moldavian authorities said, “The equipment and lifeboats were destroyed. The ship’s crew left the ship equipped only with life jackets.”

This is violation of international law pic.twitter.com/MV9whPOaGX

A Ukrainian SAR vessel reportedly responded rescuing the crew from the water and transporting them to shore. Two crew members are reported to be in the hospital with serious injuries. An unconfirmed video posted on social media shows the 48-year-old vessel, which measures 253 feet in length, ablaze. Dryad is citing unconfirmed reports that the crew of 10 were Russian nationals and that the master is among those injured.

Earlier, the General Staff of the Armed Forces of Ukraine using soical media as its means to communicate with the world posted a report of another vessel coming under fire. They released a picture of damage to a vessel identified as the Namura Queen, a two-year-old 85,000 dwt bulker registered in Panama. The vessel was anchored near the port of Yuzhny. The picture shows damage to the superstructure with reports of smoke seen coming from the vessel. 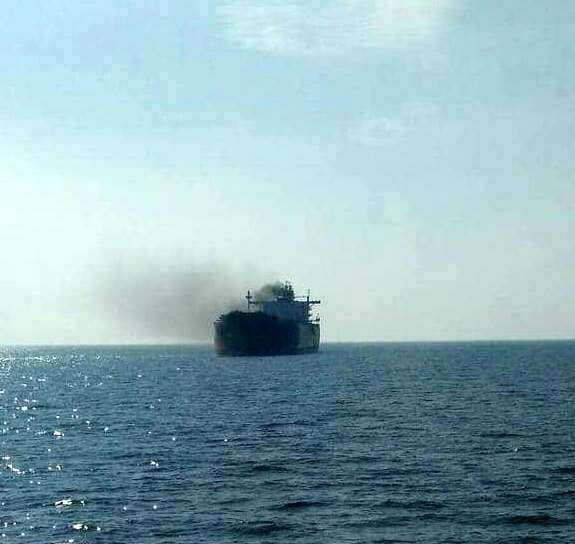 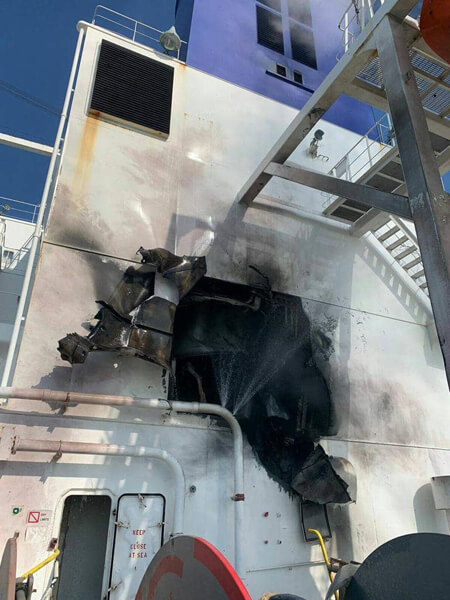 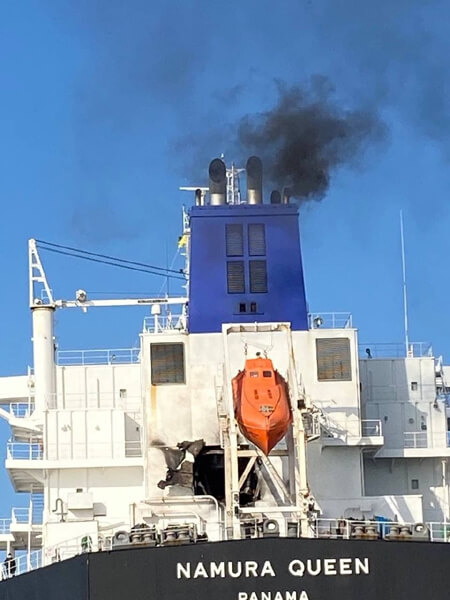 These two incidents come a day after Cargill confirmed that the 61,000 dwt bulker Yasa Jupiter suffered damage from an apparent bomb strike while it was crossing the Black Sea. The Turkish-owned vessel is under charter to Cargill and according to its AIS data departed the port of Dneprobugsky in Ukraine and was showing a destination of Novorossiysk in Russia.

Security analysts Dryad Global continue to advise any vessel currently in a Ukrainian port to seek to leave immediately if it is deemed safe to do so while ensuring that they are broadcasting on AIS and clearly state their intentions across VHF.

As the number of incidents continues to rise. Reuters is reporting that insurers jumped their rates for vessels operating in the Black Sea. According to experts quoted by Reuters, premiums for the additional war and risk coverage have risen anywhere between one and two percent and in some cases up to five percent.