Heavy weather in the North Pacific is being blamed for the loss of containers aboard one of Maersk’s containerships. This is the third container loss incident recently reported in the Pacific.

Maersk is saying that approximately 750 containers were lost overboard from the Maersk Essen, a 148,723 dwt vessel with a capacity of 13,100 TEU. The loss occurred on January 16, but the line did not supply details on the vessel’s location. According to tracking provided by Pole Star, the Maersk Essen was about 430 nautical miles NNE of Honolulu at about 1800 GMT on January 16. 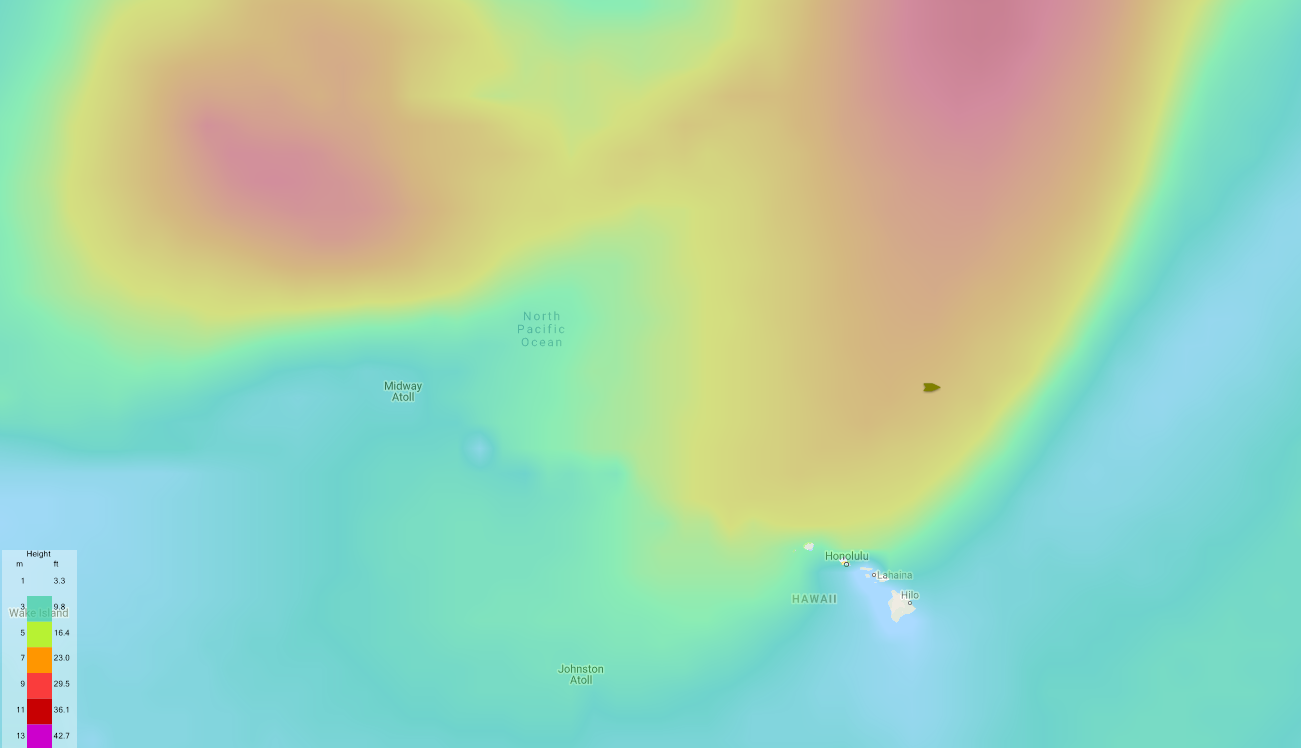 The vessel had departed Xiamen, China on December 26 and was due to arrive off Los Angeles on January 22. She operates on Maersk’s TP6 Asia/US West Coast route and as such would have made calls in Vietnam, Hong Kong, and Yantian, China before arriving in Xiamen.

Cargo claims consultancy WK Webster is saying in its initial casualty report, “it is therefore also very likely that some containers will have collapsed or have been damaged in the affected stacks, but remain on board. These containers will need to be removed or repositioned.” Webster reports that it is making arrangements for surveyors to be in place in order to investigate the cause of the incident and to attend to any cargo surveys. They are urging anyone who might have had cargo aboard to make contact to protect their position.

“We view this as a very serious situation which will be investigated promptly and thoroughly,” Maersk said in its statement. They reported that all of the crew was safe and that a detailed cargo assessment is ongoing. In addition, the US Coast Guard, flag state and relevant authorities have been notified.

The Maersk Essen is proceeding to Los Angeles on its scheduled route. Maersk’s vessel tracking system shows that the vessel was scheduled to be on the terminal in Los Angeles from January 28 to February 5 before departing for Yokohama, Japan.

There have been several other incidents in recent month also on the North Pacific. On November 30, the ultra-large containership ONE Apus lost approximately 1,800 containers overboard and damaged scores more during reports of severe weather approximately 1,600 nautical miles northwest of Hawaii. In that incident, the vessel reversed course and sailed to Kobe, Japan, where the recovery operation is still ongoing.

In a third recent incident, at the beginning of November, the ONE Aquila also suffered a container loss in the North Pacific. One Line did not provide details on the number of containers, but WK Webster in its casualty report said that it believed the number exceeded 100 containers. That vessel diverted to Washington state to offload damaged containers and reposition lose containers before proceeding to Long Beach, California.

These recent events are counter to a report issued by the World Shipping Council last summer that said the incidents of containers lost overboard has been on the decline and is a small percentage of the total annual volume. The WSC reported that the three-year moving average was declining, amounting to an average annual loss of 779 containers overboard between 2017 and 2019.