As Hurricane Ida weakens and heads north into Mississippi, the process of post-storm rescue and recovery has begun. On Monday morning, the U.S. Coast Guard launched post-storm survey overflights to determine the extent of the damage to Louisiana's communities and waterways, with 28 aircraft and about 20 shallow-water response boats participating in the effort.

“The Coast Guard will continue to provide search and rescue capabilities, assess the damage done by Hurricane Ida, repair aids-to-navigation, and ensure the ports along the Gulf Coast can be safely reopened for the flow of maritime commerce,” said Capt. Tracy Phillips, area commander for the Ida response.

Early imagery provided by the USCG suggested extensive damage in Grand Isle, Louisiana, a coastal town that was directly in the storm's path. 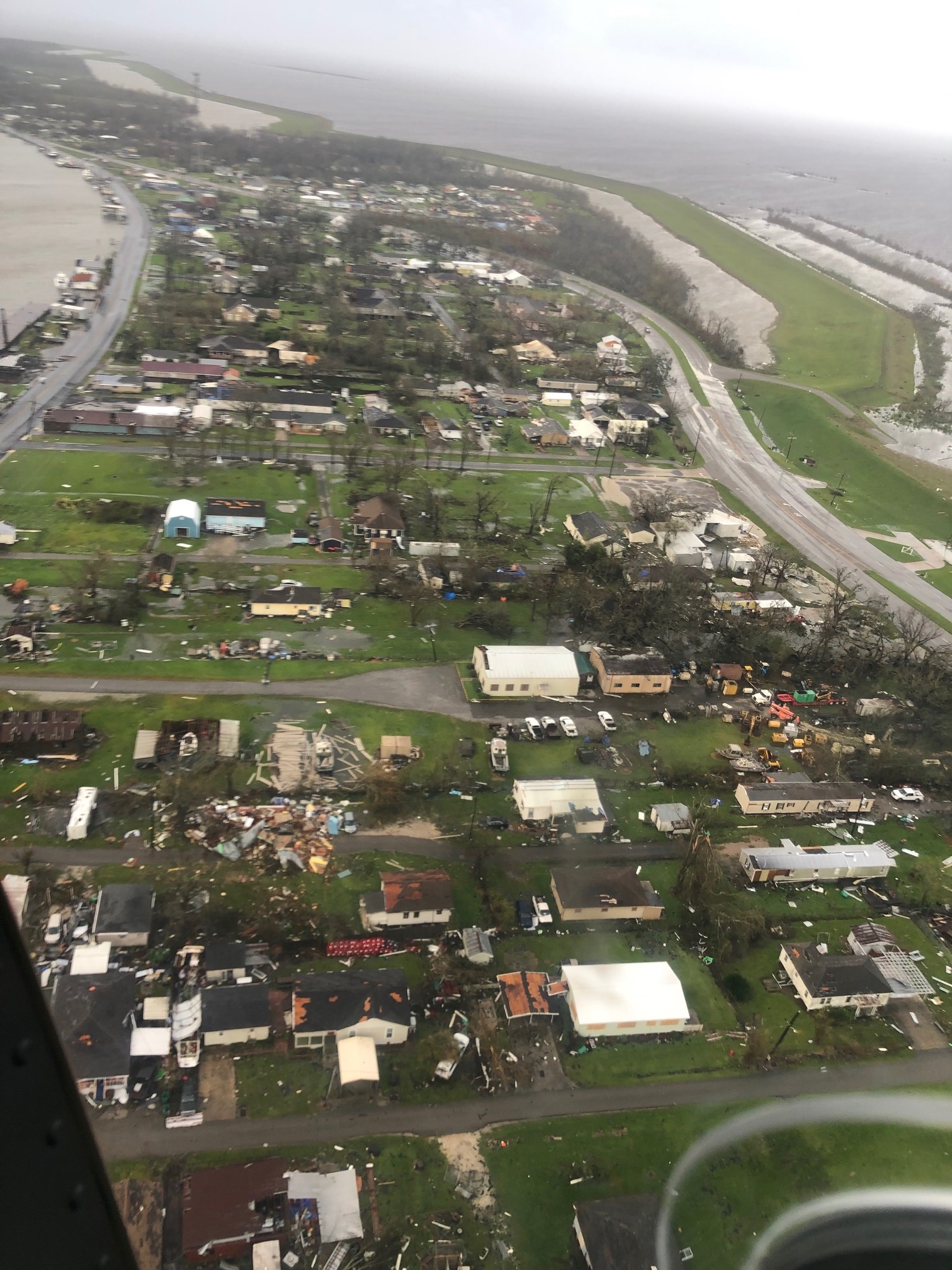 The Louisiana National Guard has also launched its helicopter assets to assist with search and rescue operations. Before the storm arrived, the division activated 4,900 guardsmen and staged 195 heavy vehicles, 73 rescue boats and 34 helicopters in preparation for the SAR and post-storm recovery mission.

This morning UH-60 Black Hawks takeoff from Hammond Airport to begin search and rescue missions during the aftermath of from Hurricane #Ida. #ProtectWhatMatters @GOHSEP @LouisianaGov pic.twitter.com/yVaQWLX6ST

As of Monday morning, all ports and most waterways in the New Orleans Captain of the Port zone were strictly closed to marine traffic, including all portions of the Mississippi between the Sunshine Bridge in St. James Parish and the mouth of the river.

Assessments of storm damage are ongoing, but social media posts and reports from local officials suggest multiple mooring failures. Near St. Bernard Parish, at least 22 barges broke loose on the Mississippi, officials told local WWL News. The barges were still loose as of Sunday night, as conditions were still too rough to try to recover them.

In Lafitte, Jefferson Parish, local officials said that a swing bridge was struck by a drifting barge. The city is advising individuals in Lafitte who have not evacuated to avoid using the bridge because it may not be structurally sound.

Luckily, no levee failures due to a drifting barge or ship strike have been reported, and Lousiana Gov. John Bel Edwards reported Monday that the state's levee system handled the storm well. During Hurricane Katrina, a barge impact was blamed for causing (or worsening) the devastating levee breach in New Orleans' Lower Ninth Ward.

The worst of the weather over Louisiana has passed, and Ida has moved inland over the state of Mississippi and weakened to a tropical storm. The National Hurricane Center has discontinued all storm warnings for the Louisiana coast and New Orleans, but coastal areas of Mississippi and Alabama may still experience dangerous levels of storm surge. The NHC warned of "significant river flooding impacts" in the Lower Mississippi Valley as the storm continues to produce heavy rainfall, with more flooding effects expected in the Tennessee and Ohio Valleys later this week.