The trade in livestock is growing rapidly and has more than doubled in value over the past decade. The trade as grown, in part, due to the removal of restrictions on international agricultural trade. This has facilitated the development of integrated multi-national supply chains. In the past, agricultural exports typically went from the producer nation to the consuming nation. It is now increasingly common for trade to occur within vertically-aligned supply chains in which agricultural products from one nation are exported to undergo a second stage of production or initial processing in a second, then exported to undergo further transformation in a third nation before being exported as a consumer good to the nation of final consumption. These developments are occurring across the entire spectrum of agriculture, from grains through to livestock and horticulture as, in the absence of trade barriers, national comparative advantages (be they cheap land, cheap labor or low-cost energy) become more important in determining which nation is more efficient at carrying out specific activities within a supply chain. In the absence of artificial barriers to agricultural trade, nations tend to become more specialized in those areas of agricultural production or processing in which they hold national comparative advantages. 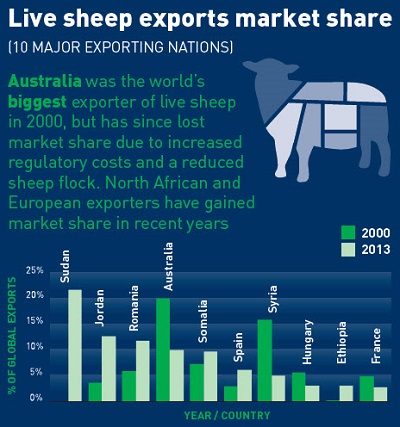 The market is dynamic and rapidly evolving, and entails a range of different risks, including that destination markets are commonly in developing nations that do not yet have stable democratic institutions. As a consequence, they are subject to unpredictable policy changes that can dramatically impact on trade access arrangements over very short timeframes.

Australia, a leading exporter of both cattle and sheep, faces a special risk due to legislation that decrees that the welfare of Australian-originated livestock remains the responsibility of the Australian exporter, and these livestock retain their national identity to the point of slaughter, irrespective of any subsequent ownership transfer. One of the many factors affecting livestock exports is the availability of ships that are compliant with animal welfare regulations.

This legislated requirement is fundamentally at odds with established legal frameworks governing the ownership of livestock, both in Australia and internationally, and is one which is unique to Australian livestock exported for slaughter. It has not been adopted by any other of the more than one hundred livestock exporting nations.

However, Australia’s livestock export animal welfare standards place the nation in a very strong position to lead global efforts encouraging the adoption of similar standards by all livestock exporters, and efforts have already been made in this regard. Australian industry body, the Australian Livestock Exporters’ Council is committed to ensuring its industry produces positive animal welfare outcomes. More information is available here. 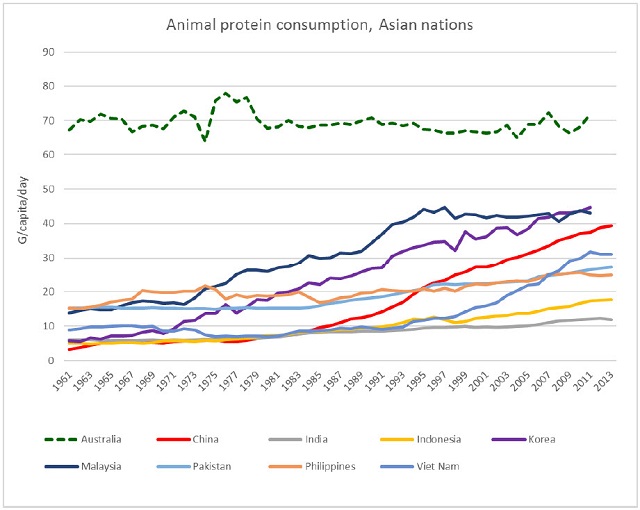 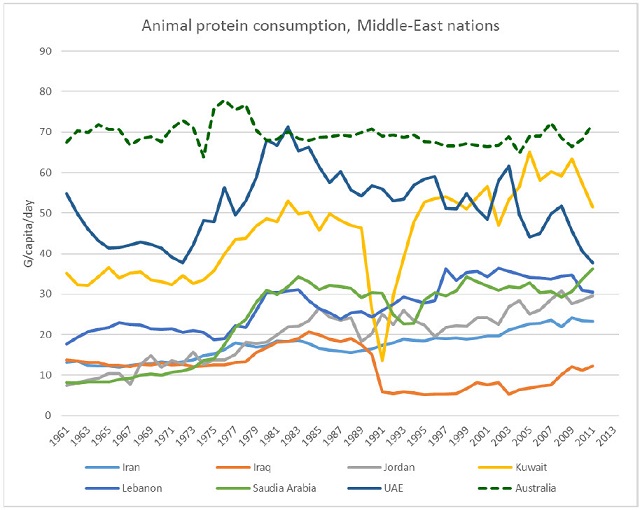