The U.S. Navy is moving closer to a final minehunting mission package for the Littoral Combat Ship. Among other systems, LCS vessels assigned to the minehunting mission will use the standard MH-60S helicopter, equipped with a bolt-on minehunting package, Northrop's Airborne Laser Mine Detection System. AMLDS saw its first forward deployment in 2014 and achieved initial operational capability on Friday, clearing the way for fleetwide use.

The minehunting helicopters will also be equipped with a modular Airborne Mine Neutralization Systems (AMNS), which allows the aircrew to lower a small neutralizer vehicle from a cradle, navigate it to a submerged mine using sonar and video feed, and fire off a shaped charge to destroy the threat.

On the surface, the minehunting LCS will be equipped with the Common Unmanned Surface Vehicle, a remotely piloted launch, and a tow called the Unmanned Surface Sweep System, which is designed to transmit ship-like sounds and electromagnetic waves in order to set off mines.

The Navy has canceled the LCS' Remote Minehunting System, a remotely operated submersible that was plagued with reliability issues. However, it has continued to improve the system's AN/AQS-20A advanced wide-area sonar in hopes of deploying it with a different ROV.

LCS will also get a small autonomous underwater vehicle, the Knifefish, which is designed to search shallow, high-clutter areas for buried mines. 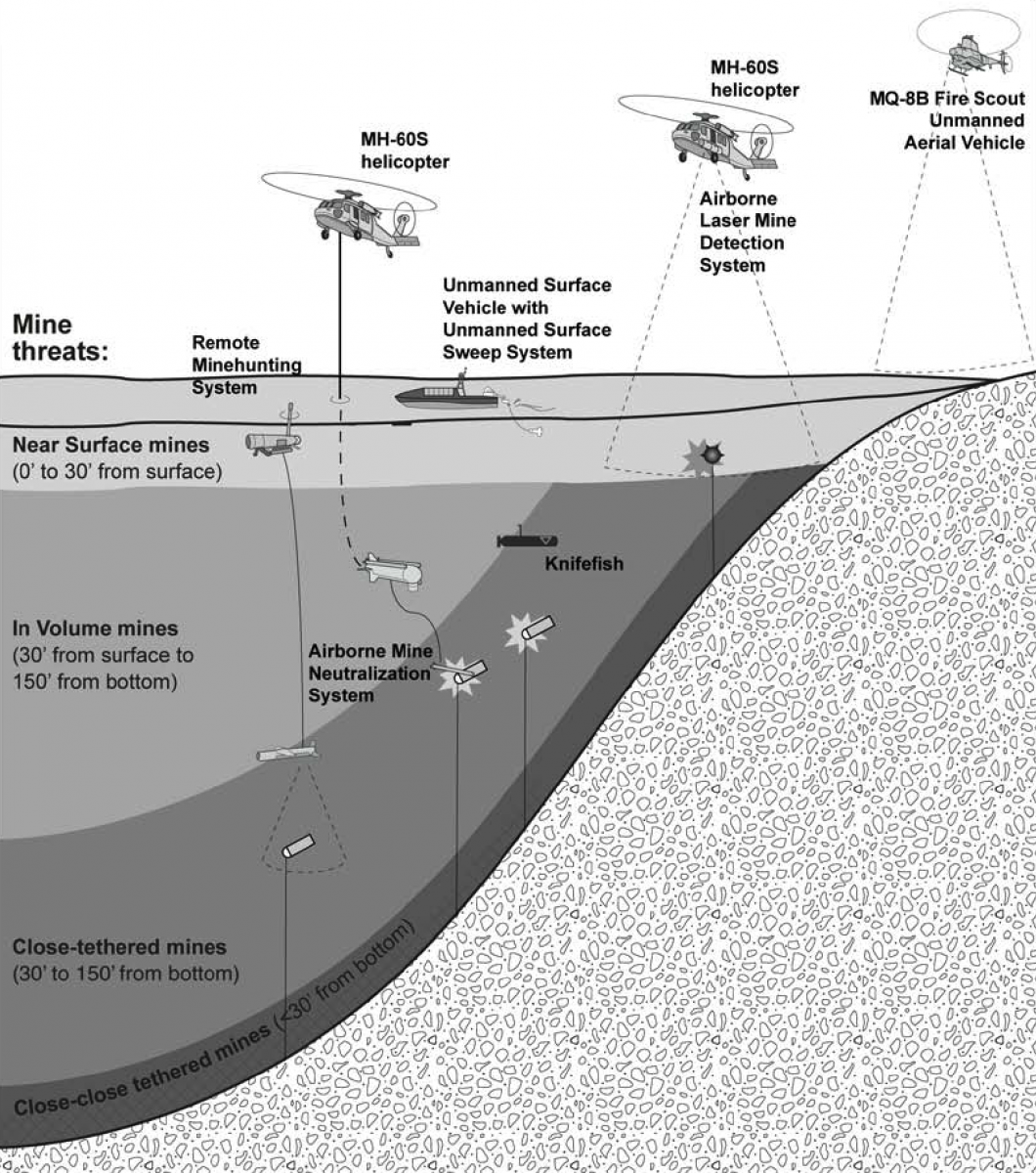