The efforts to launch the world’s largest zero-emission sailing cargo ship took a step forward with the announcement that a Canadian coffee company is investing in the project. The vessel, named Ceiba, is currently under construction using traditional shipbuilding methods in Costa Rica and is due to enter service in 2023.

Cafe William, a coffee roaster based in Sherbrooke, Québec, Canada said that it has been working for several years to rethink its value chain focused on sustainability. “Since coffee trees do not grow in cold regions like ours, it is inevitable that the harvested coffee beans are transported over long distances.  Our investment in this innovative project will allow us to considerably reduce our carbon footprint and, along with our other projects, to eventually produce a zero-emission coffee, a first in the coffee world,” said Serge Picard, owner of Café William.

The coffee company is investing in Sailcargo, based in Costa Rica which is building the sail cargo ship. The Ceiba is a three-masted traditional topsail schooner being built using sustainable materials and renewable energy. The sailing ship will have a length overall of 148 feet and the ability to transport 250 tons of cargo in two cargo holds. The vessel will have a crew of 12 and a guest crew of 12.

Designed by Manta Marine Design, the company says that the Ceiba’s three-masts will provide a sufficient sail area of approximately 6,300 square feet to move in very light winds while allowing flexibility and maneuverability for sail changes during heavy weather. A lower sail area will help to stabilize the vessel making it safer and easier to maneuver. Construction began in 2018, with the company reporting steady progress in 2019, and recent photos show a large portion of the framing completed. 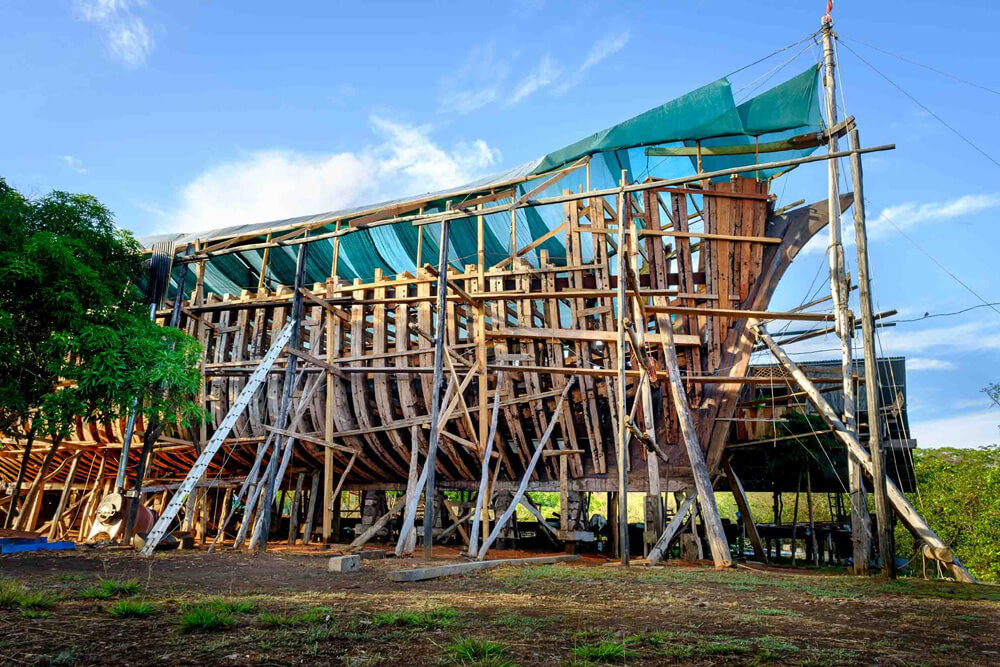 Framing of the Ceiba in a June 2021 photo (Sailcargo/Facebook)

To improve the reliability of the vessel she is being outfitted with an auxiliary electric engine. The company said that it would be powered by batteries that will be regenerated by variable pitch propellers. These electric engines will also be able to use a combination of green hydrogen fuel cells as the technology emerges.

"This is a world premiere in the shipping industry,” says Danielle Doggett, Co-Founder and Chief Executive Officer of Sailcargo. “The Ceiba is a sustainably built vessel that will sail 250 tons of cargo, with zero emissions. When it goes into operation in 2023, it will be the world's largest active, clean ocean freight vessel."

A year ago, a French company Grain de Sail launched a 75-foot sailing vessel that made its maiden crossing of the Atlantic. The vessel can carry up to 50 tons of cargo and on its maiden voyage transported wine, cocoa, and coffee. The sailing ship was scheduled to depart France this week on its third Atlantic crossing carrying 10,000 bottles of wine and due to reach New York in mid-December.

A Dutch company has also proposed building a fleet of eco clippers that it would operate around the world. Following a traditional design but built of steel the company says that its ships would be able to carry up to 500 tons of cargo.

Neoline, also based in France, however, has drawn the most attention proposing a vessel that would carry up to 5,000 tons of cargo or 250 TEU. Major companies including Renault Group, Manitou Group, Groupe Beneteau, Jas Hennessy & Co, the Michelin Group, and Clarins, have all committed to the effort. The project, however, has been delayed several times, with the last announcement now targeting 2024 for the launch. 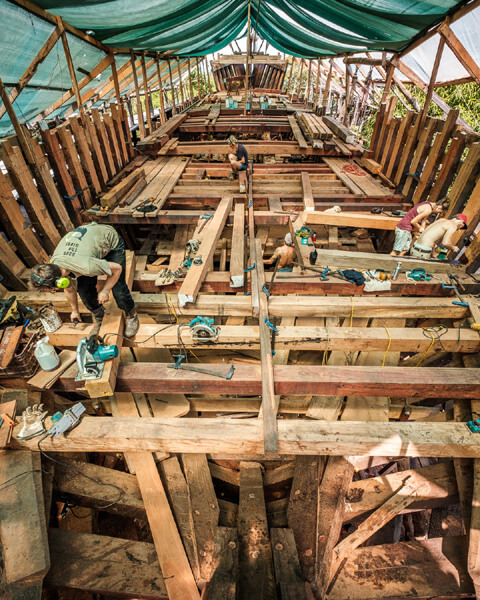