The stem, the forward-most curve of the hull, has been installed on the sailing cargo ship Ceiba being built in Costa Rica.

The 148-foot (45-meter) tallship is being built completely by hand in a “jungle shipyard” - El AstilleroVerde - by SAILCARGO Inc. The three-masted square-topsail schooner is designed to carry cargo along the west coast of the Americas. The project team hope that Ceiba will be flagship for Costa Rica, transforming the maritime industry by providing a carbon-negative alternative to conventional shipping.

The wood used for the stem construction is the well-known shipbuilding wood: Guapinol (also known as Jatobá , Latin: Hymenaea courbaril). This tropical hardwood is extremely dense, making it very heavy and robust and thus perfect for this important section of the ship. The Guapinol wood used was brought down in a landslide during the rainy season of last year not far from the shipyard. The stem is 6.9 meters (22.6 feet) long and weighs approximately two tons.

Founder and technical director Lynx Guimond summarized the plan for raising the stem: ''It's too heavy for the tractor to lift, so we're going to do it by hand.'' 21 people took part in the hoist process.

The team has now raised 15 of the large (wider) frames on Ceiba (nearly half of those required). There are additional smaller frames at the bow and stern, known as cant frames, and these can now be raised as the stem is in place. 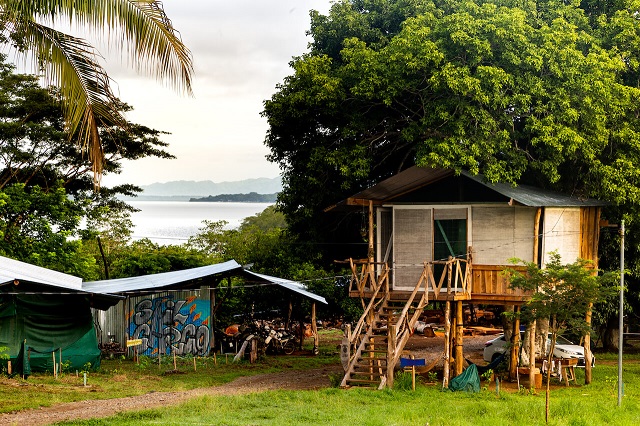 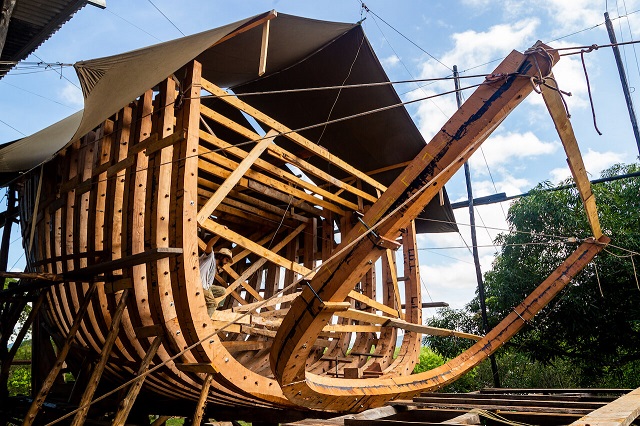 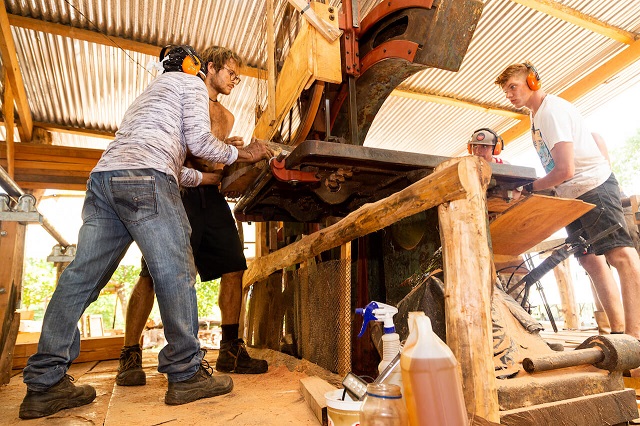 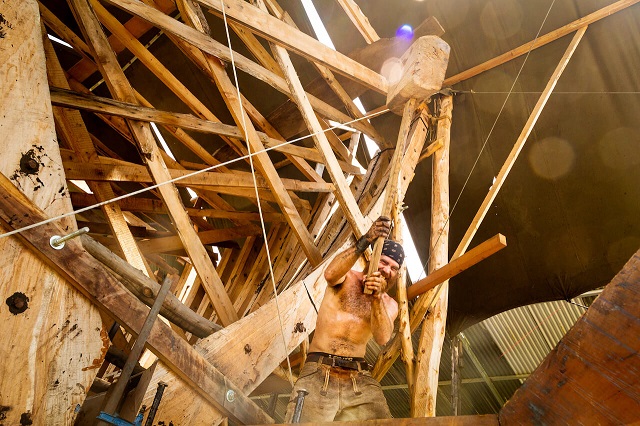 Ceiba will be powered solely using the wind and a 100 percent electric engine, which will charge all of the ship's own energy, functions as both a propulsion system and a generator whilst sailing. The engine will be combined with modern batteries and solar panels so that all auxiliary power is renewably sourced.

An advanced variable pitch propeller will convert kinetic energy into stored electrical energy to power the ship's functions. Due to the high torque efficiency of electric engines, Ceiba's engine will only need to be about 120 horsepower, which is easy half of what would be required for other engine designs.

Her three masts will provide sufficient sail area to sail in very light winds and enough flexibility and maneuverability for sail changes during heavy weather. Having sail area lower to the deck helps to stabilize the vessel, making her safer. Her three-masts also allow for flexibility when loading or discharging cargo, as her spars double as cranes.

SAILCARGO chose Costa Rica for the project because of its commitment to carbon neutrality by 2021 and its favorable geographic position and business environment.