Nine Japanese companies have started the Ship Carbon Recycling Working Group as part of Japan's Carbon Capture & Reuse (CCR) Study Group. The Working Group aims to explore the feasibility of the concept of utilizing methanation technology for zero-emission ship fuels. Carbon recycling, a method used to capture and reuse emitted carbon dioxide, is attracting attention as one of the paths to achieve decarbonization.

The new efforts will build on the ongoing efforts of the Cross-industrial Working Group Related to Zero Emission Alternative Ship Fuels, which was initially launched in August 2019. At the time, Mitsui O.S.K. Lines, which was leading the effort said that the aim was to reduce carbon dioxide emissions in international shipping by using synthetic methane as an alternative fuel.

The nine companies involved in the new effort plan to study the carbon recycling supply chain of methanation fuel, which involves the supply of feedstock CO2, the transportation of the feedstock, methanation, and conversion into marine fuel. They will calculate the estimated amount of CO2 emissions in the supply chain, and based on these results, identify technical challenges and a roadmap for the development of the process.

In addition to obtaining an approximate value of CO2 emissions in this assumed supply chain, the group will also identify challenges and decide whether to proceed with subsequent next-stage activities based on their findings. 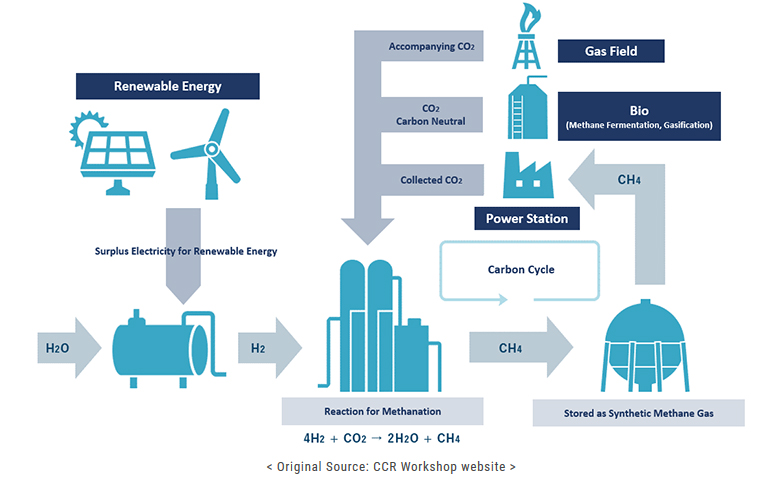