Iran's IRGC Turns a Panamax Boxship Into a Warship

Iran's powerful Islamic Revolutionary Guard Corps (IRGC) operates its own naval division, and while it is known best for its small armed speedboats, it is about to begin operating a far larger class of warship.

Open-source intelligence analysts have obtained a photo of what appears to be a new IRGC "base ship" in shipyard at Bandar Abbas. The newly-renamed Shahid Mahdavi wears a coat of haze gray, and she has new gun emplacements on the stern, but open-source intelligence analysts have noticed that her lines are otherwise identical to the Iranian-flagged container ship Sarvin. 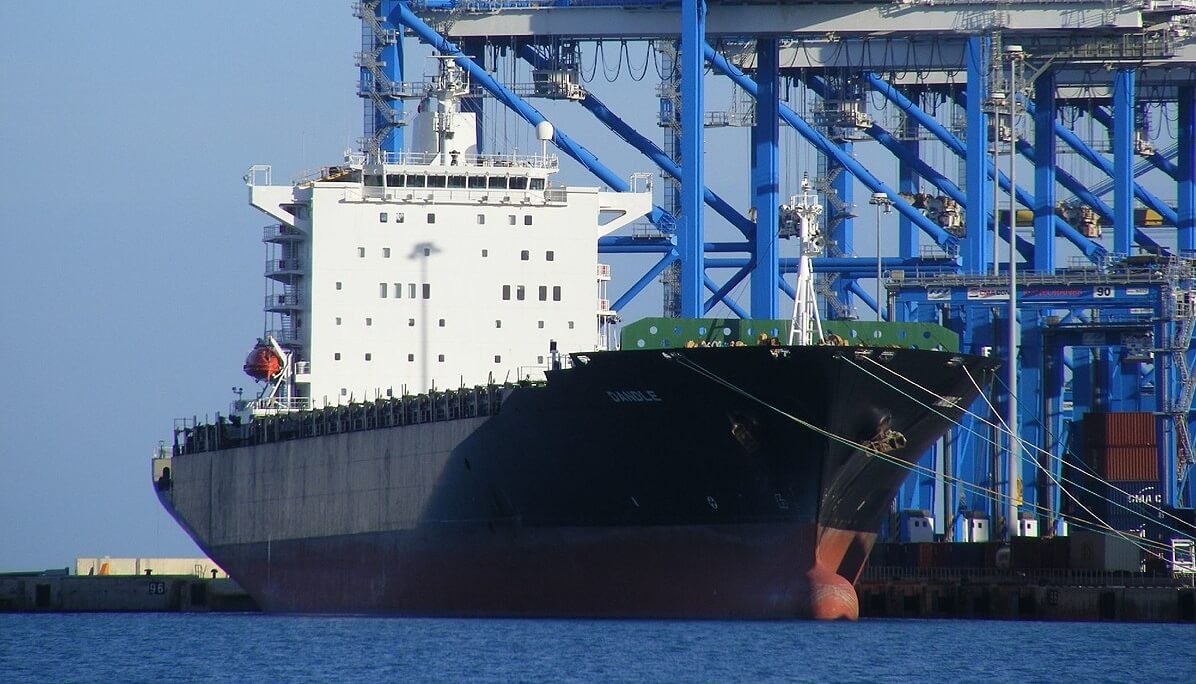 The Sarvin (ex name Sarita, Dandle, Twelfth Ocean, Iran Isfahan) is a 22-year-old Panamax boxship with a nominal capacity of 3,300 TEU. While she would have considerable value in today's ultra-tight container ship charter market, her operator is covered by American sanctions on the Iranian maritime sector, preventing her use in most commercial trade lanes. Instead, it appears that she has been transferred to the IRGC for conversion into a forward base ship - a mobile logistics platform for military purposes.

The base ship concept is well suited to covert action, and it is widely used by U.S. special operators. In addition to purpose-built base ships, U.S. special forces use at least one known "civilian" base vessel in the Western Pacific (the Carolyn Chouest). Another commercial conversion with special-operations features, Ocean Trader (ex name Cragside), has been off AIS since 2017.

The base ship idea has been taken up by the Iranian Navy, which converted an Aframax tanker into a giant "forward base ship" in 2021. At 105,000 dwt, the Makran ranks among the largest naval vessels in the world, though she is considerably shorter than a carrier.

Not to be outdone by the Iranian Navy, the IRGC appears to have created a base ship of its own. The Mahdavi is 800 feet in length and has a beam of 105 feet, providing more than an acre of deck space for operations.

According to naval analyst H.I. Sutton, the IRGC also operates a covert base ship in the Red Sea, the freighter Behshad. A previous IRGC base ship, the Saviz, was hit in an attack widely attributed to Israel in 2021.