India celebrated the commissioning of the country’s first domestically designed and built stealth guided-missile destroyer. The vessel is being built as part of India’s efforts to expand and modernize its navy using domestic technologies and ships. Failed as one of the world’s most technologically advanced guided missile destroyers in the world, leaders from the Navy and government called the vessel a milestone and a symbol of India’s growing maritime prowess.

INS Visakhapatnam measures 535 feet in length and 56 feet in breadth, with a displacement of 7,400 tons. During the commissioning ceremonies at the Naval Dockyard in Mumbai, the new ship was hailed as one of the most potent warships to have been constructed in India.

The ship is propelled by four powerful Gas Turbines, in a Combined Gas and Gas (COGAG) configuration, capable of achieving speeds over 30 knots. The ship has enhanced stealth features resulting in a reduced Radar Cross Section achieved through efficient shaping of the hull, full beam superstructure design, plated masts, and use of radar transparent materials on exposed decks.

She is vigilant,
She is valiant,
She shall always be victorious!

The ship is outfitted with sophisticated state-of-the-art weapons and sensors such as Surface-to-Surface missiles and Surface-to-Air missiles. It is also fitted with a modern surveillance radar which provides target data to the gunnery weapon systems of the ship. The anti-submarine warfare capabilities are provided by the indigenously developed rocket launchers, torpedo launchers, and ASW helicopters. The ship is equipped to fight under nuclear, biological, and chemical warfare conditions.

A unique feature of this ship is the high level of Indian made products and technology designed to align with the government’s goal of “Make in India, Make for the World.” The vessel, which was built by Mazagon Dock Shipbuilders Limited, Mumbai, is the first of four destroyers being built for the Navy.

During the commissioning ceremony, officials highlighted that the Indian Navy is currently building a total of 39 ships and submarines at Indian shipyards. In addition to the advanced destroyers, a centerpiece of the construction program is the completion of India’s long-delayed domestically built aircraft carrier, Vikrant, which last month commenced its second round of trials.

The ships are expected to play a key role in the government’s planned 75th anniversary celebration of independence from Great Britain. 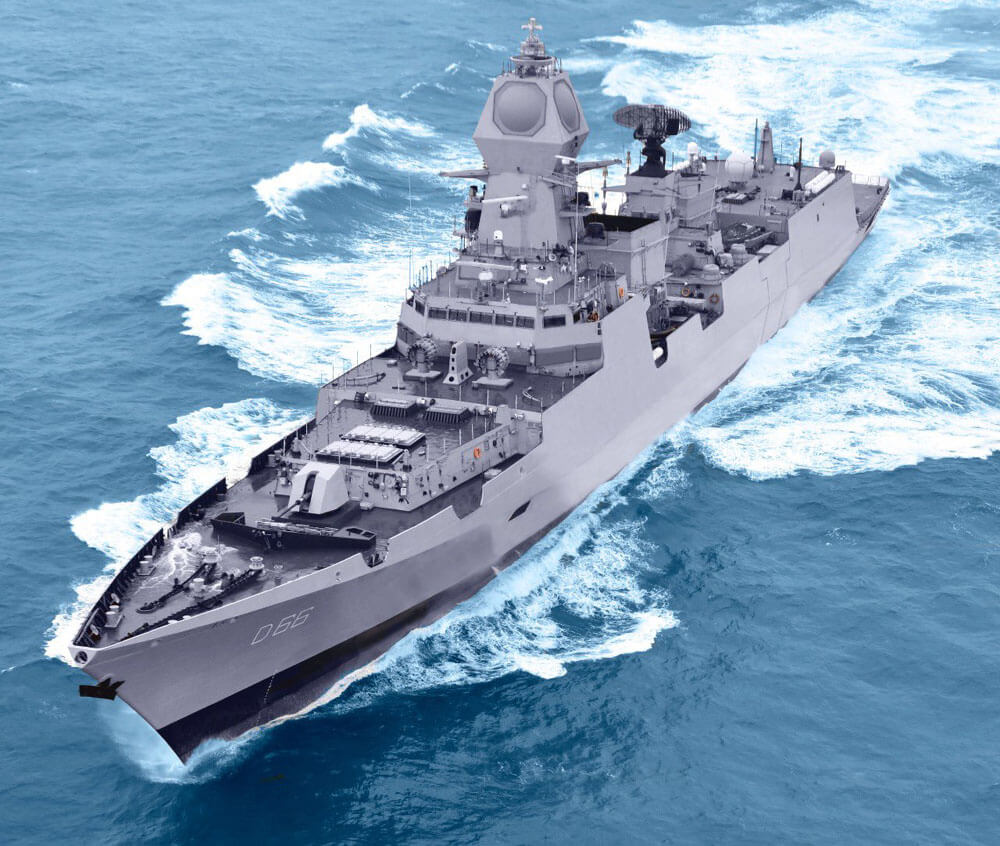 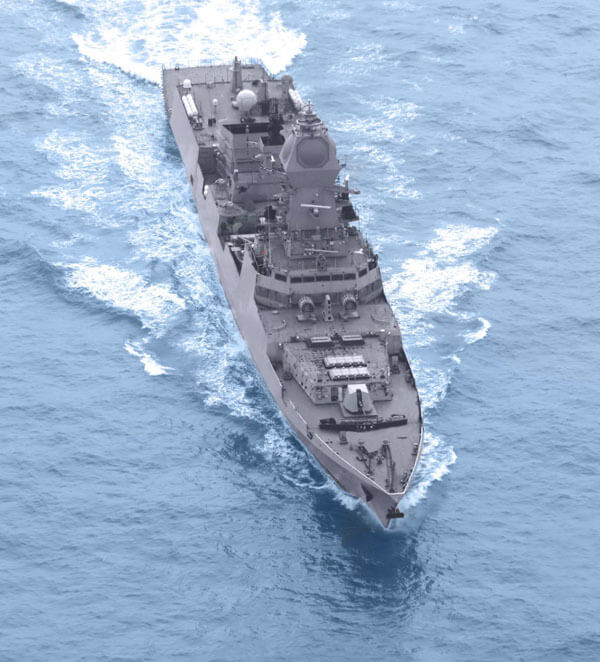