Hurtigruten's New Ship to be Named in Antarctica

Hurtigruten's new hybrid powered expedition cruise ship Roald Amundsen will be the first ship in history to be named in Antarctica. 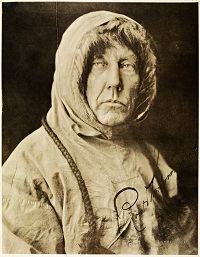 When christening his famed expedition ship Maud in 1917, Amundsen switched the traditional bottle of champagne for a chunk of ice. Before crushing the ice against her bow, he stated: “It is not my intention to dishonor the glorious grape, but already now you shall get the taste of your real environment. For the ice you have been built, and in the ice, you shall stay most of your life, and in the ice, you shall solve your tasks.”

Hurtigruten – and the yet to be disclosed godmother – will use the same ritual when naming Roald Amundsen on her maiden voyage to Antarctica.

Roald Amundsen made maritime history by being first cruise ship in the world to sail purely on battery power as she left Kleven yard for her maiden voyage off the coast of Norway in late June. The ship is using battery packs to support her low-emission engines and will reduce CO2 emissions with more than 20 percent compared to other cruise ships of the same size.

Her maiden season includes expedition cruises along the Norwegian coast, to Svalbard and Greenland, before becoming the first hybrid powered ship to attempt a traverse of the legendary Northwest Passage – following in the wake of Amundsen’s famed expedition.