Greenpeace Holds Up Tanker With Russian Cargo at Antwerp

On March 31, the German-operated tanker Seychelles Pioneer left a terminal at Primorsk, Russia with a load of diesel, bound for Antwerp. After entering the North Sea, she transited westward through the Strait of Dover, then doubled back and entered Antwerp's approaches. She reached the Zandvlietzluis locks and entered the inbound lock chamber at about 2100 GMT on April 9.

However, ten Greenpeace protesters had chained themselves to the drawbridge at the far end of the lock, blocking the tanker's onward progress. Police intervened after several hours and cleared the protest, but Seychelles Pioneer was held in the locks until about 0545 GMT on the morning of the 10th, delaying her arrival by about nine hours. 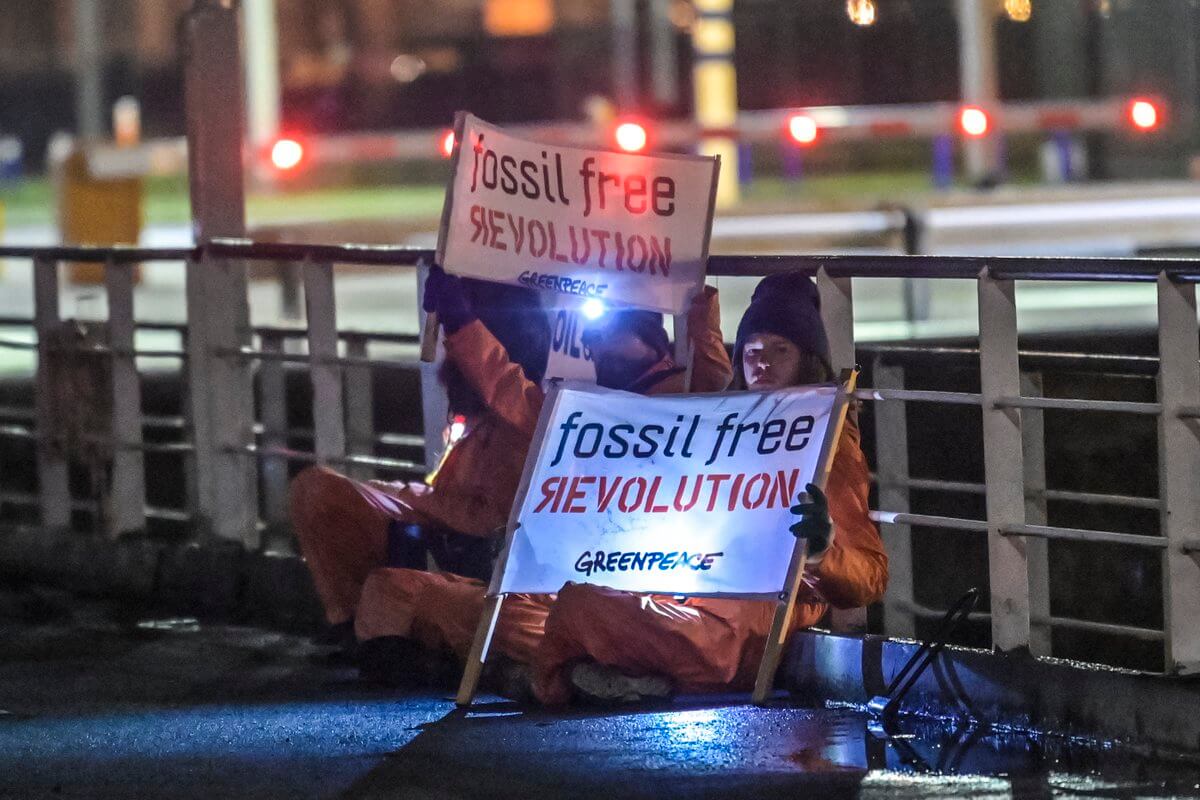 In a statement, Greenpeace Belgium noted that 40 percent of Russia's federal budget comes from sales of oil and gas, the nation's primary export commodities. These sales provide financial support for the ongoing Russian invasion of Ukraine; to sever this connection, Greenpeace called for an immediate halt to Russian fossil fuel imports, imposition of energy-efficiency policies, and an acceleration of the green energy transition. The group's demands align with the long-term policy objectives of the European Commission and most EU leaders, but on an accelerated timetable.

"Since the Russian invasion in late February, we saw 55 oil and gas tankers from Russian ports dock in Antwerp and Zeebrugge, with a total capacity of more than 3.5 million cubic meters or 1,400 Olympic-sized pools of oil and gas," the group said in a statement. "We call on our governments to put an end to this and reduce our dependence on fossil fuels in a socially just way, with an emergency plan to reduce oil and gas consumption."

Greenpeace activists have previously protested the delivery of Russian energy cargoes in Rotterdam, Denmark, Helsinki and New York, and further actions are expected.