The development of the wind turbine sector is creating new challenges for the shipping industry as the massive blades and elements are shipped from their manufacturers to the staging points for their installation. APM Terminals Pecem, at the port of Pecem in northeast Brazil, recently handled the loading of three blades, which it reports became the largest non-containerized cargo operation in the world.

The shipment consisted of three wind turbine blades, each of which measured approximately 238 feet in length. While these blades were only about two-thirds the length of the largest wind blades ever built, they were the largest in Brazil and needed to be shipped from the port of Pecem in the north to the state of Santa Catarina in the south where they will be installed as part of the growing wind energy sector in the region. Each of the three blades weighs 21 tons requiring a complex loading operation.

According to operations manager, Herllon Rossato Rossdeutscher of APM Terminals Pecem more than a month of planning went into the operation. APM Terminals Pecém was the port of shipment with Maersk Brazil’s Logistics and Services team providing logistics solutions. Aliança Navegação e Logística, part of the Hamburg Sud group of companies running freight operations along the coast of Brazil and South America, was the carrier transporting the blades. 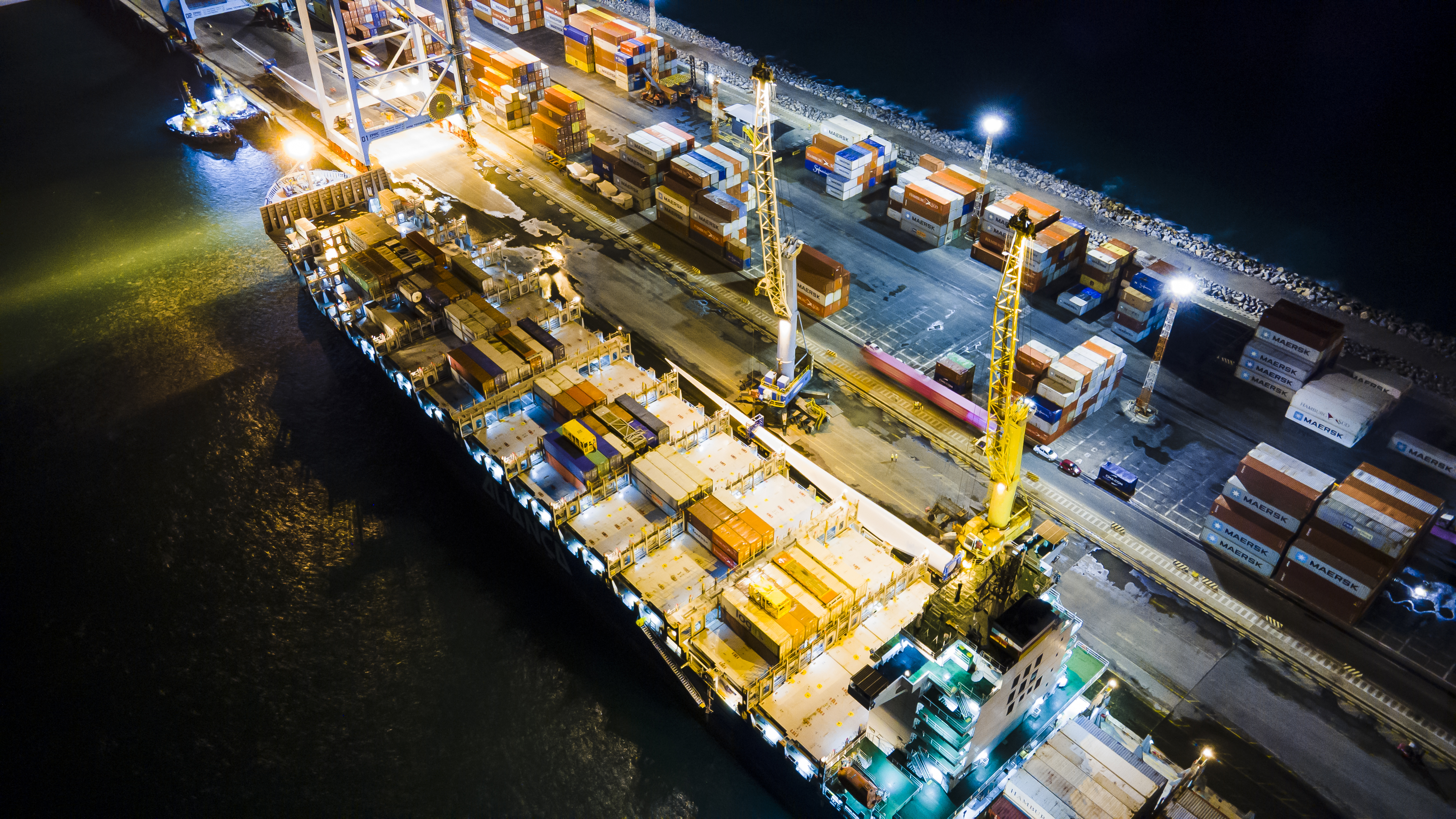 Blade on the starboard side of the containership (APM Terminals)

For the operations, a Ship to Shore (STS) crane provided by APM Terminals Pecém was first used to ship flat rack containers to serve as a base for the support and movement frames on which the blades would be rest. Two mobile port cranes (MHC type) were used to hoist the blades and load them aboard the containerships. The first shipment was aboard the 836-foot long Bartolomeu Dias. Days later a second shipment was loaded aboard her sister ship the Vincente Pinzon.

"For this complex operation, six bays were used for each of the 72-meter wind blade, totaling twelve bays and four flat rack containers,” said APM Terminals Pecém Head of Commercial, André Magalhães. “For the transfer to the ship, we used two MHCs, which loaded two blades in an incredible time of 55 minutes. Due to the size of the blades and the type of ship used, we are probably facing a new world record.”