Following the news that travel restrictions would be reduced in northern parts of Germany, the cruise industry announced plans to resume domestic voyages. Three of the German cruise operators, AIDA, Hapag-Lloyd Cruises, and TUI, each quickly said that they would restart service later this month from Kiel.

The port of Kiel located in the state announced that it would be reopening to vacationers and the three cruise lines set plans to restart their trips. Last summer, TUI and Hapag-Lloyd Cruises were successful in resuming cruises mostly cruising in the Baltic and with some limited stops in Scandinavia offered aboard Hapag’s cruises. AIDA had planned to resume cruises from Germany but later canceled the schedule due to the virus.

Reopening the German domestic cruise market is an important step for the industry. Before the onset of the pandemic, Germany was the second-largest source market for passengers behind the United States. The market grew nearly 16 percent in 2019 to 2.6 million passengers according to data from the trade group Cruise Lines International Association.

The cruise lines had been forced to suspend sailing from Germany late in 2020 after the government imposed new travel restrictions due to a domestic resurgence of COVID-19. During the winter the three cruise lines offered limited cruise service with fly-cruise programs operating around the Canary Islands. TUI and AIDA are continuing their Canary Island cruises and announced plans to add cruises to Greece in the summer while Hapag is repositioning its cruise ship, the Europa 2, into the Mediterranean starting in May. 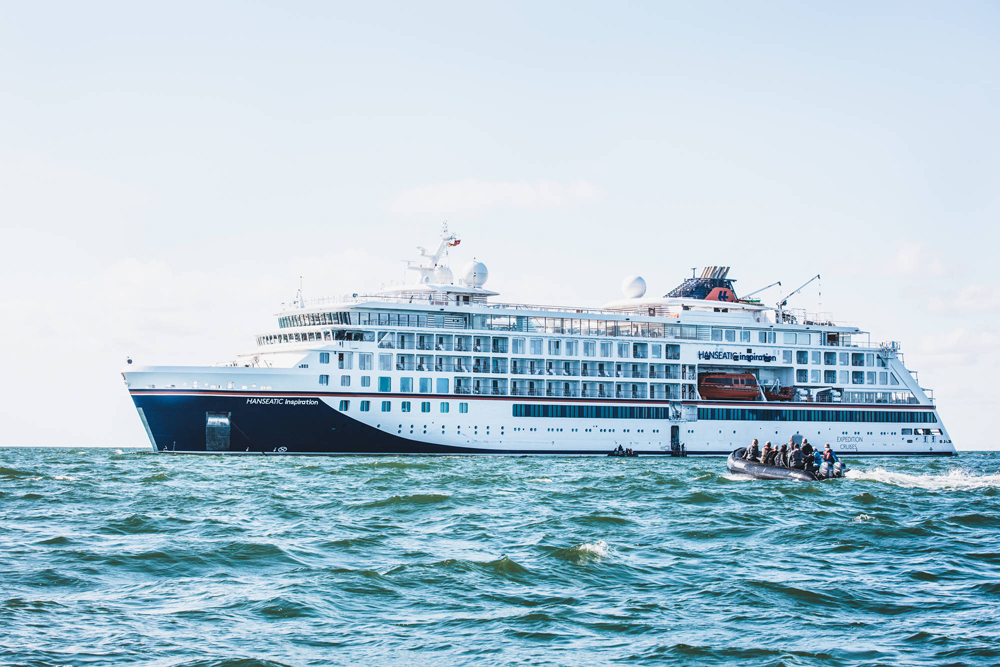 AIDA announced that it would be the first of the cruise lines resuming sailing from Kiel on May 22. They reported that the 71,000 gross ton AIDAsol is currently positioned in Northern Germany and ready for the first guests. Details of the cruises will be released in the coming days.

TUI will follow on May 23 with its first cruises from Kiel. The company said it would be resuming its “Blue Voyages,” similar to the short sea cruises offered in 2020.

Hapag plans to offer cruises start at the end of May through the summer into August aboard its luxury expedition cruise ship, the 15,650 gross ton Hanseatic Inspiration. The itineraries will be based on the current restrictions, but they will be sailing in the Baltic and the North Sea. The cruise line also plans to use the ship’s Zodiac expedition crafts to take passengers close to shore or land such as on the islands of Stockholm's archipelago to learn about the flora and fauna.

Each of the cruise lines said they would provide updates on the details of the cruises before they begin accepting bookings next week. Germany will be joining the U.K. which is also permitting domestic cruises for residents to resume in May. Cruises have been continuing from Italy and during the summer other Mediterranean destinations, including Greece, Israel, Malta, and Cyprus are permitted cruises to resume.