A joint operation between Sea Shepherd and the Gabonese government has resulted in the arrest of the Haixin 27.

Armed Gabonese marines boarded the Chinese-flagged Haixin 27 as she crossed into Gabonese waters from neighboring Republic of Congo. Gabonese fisheries enforcement officers uncovered that the fish hold was full despite the vessel carrying no fishing logbook. The crew of the Sea Shepherd ship, Bob Barker, assisted authorities with the arrest of the trawler caught inside the Grand Sud du Gabon Aquatic Reserve.

Although the Haixin 27 was not actively fishing at the time of apprehension, electronic evidence seized on board proved the Haixin 27 has a history of fishing illegally in Gabon.

The trawler has now arrived in Port Gentil for the commencement of further investigations and legal proceedings.

Two years ago, two sister ships to the Haixin 27, the Haixin 23 and Haixin 28, both also flagged to China, were intercepted when five fishing vessels were observed by radar crossing the border between Gabon and the Republic of Congo under the cover of darkness, with their fishing gear deployed and actively fishing. The other three trawlers escaped across the border into Congolese waters. 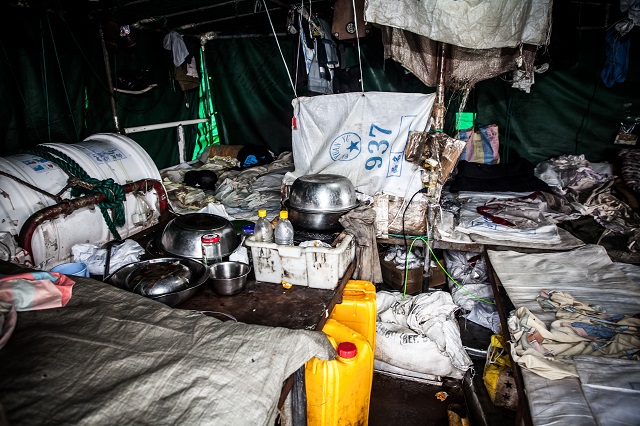 The living quarters for the crew of the Haixin 27. 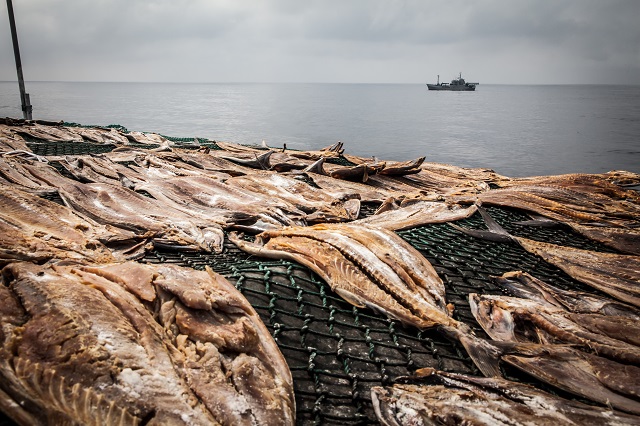 Fish dries on the deck of the Haixin 27, with the Bob Barker in the background. 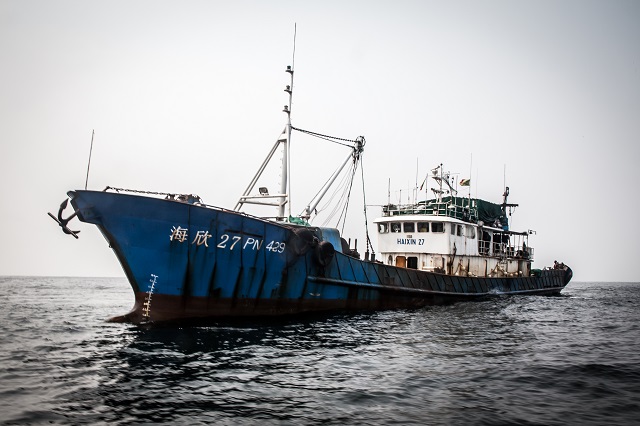