Australian iron ore magnate Andrew Forrest has joined the call for a moratorium on deep sea mining, adding his charitable group to the growing list of organizations that oppose the practice.

Speaking at the COP27 conference in Sharm El-Sheikh, Egypt, Forrest echoed the concerns of many marine biologists and conservationists who believe that deep sea mining could cause ecological damage and even extinctions.

“The deep seabed supports some of the least understood ecosystems on the planet. It’s critically important to ecological processes affecting our entire ocean and yet our scientific knowledge of it remains extremely limited,” Forrest said.

The idea of mining the deep sea floor for minerals is not new, but it is approaching commercialization. Swiss marine contractor Allseas conducted its first test of a deep-sea manganese nodule collection system just last month, and if all goes to plan, it is set to begin mining nodules from the seabed in the Clarion-Clipperton Zone, located in international waters southeast of Hawaii. The lease area holds the world's largest undeveloped deposit of nickel, according to developer The Metals Company, and its nodules also contain cobalt, manganese and copper.

First the contractor will need regulatory approval, and the International Seabed Authority is writing the rules now, working towards a statutory deadline of 2023.

The environment on the seabed in the Clarion-Clipperton Zone is little-studied, and scientific surveys of the area often uncover new species (sometimes dozens of them). Critics of deep-sea mining warn that potential impacts - sediment plumes blanketing adjacent areas, toxins released into the water column from mining wastes, habitat destruction from the removal of the nodules themselves - are unknown and likely harmful to native species. Since the nodules form on a timeline measured in the hundreds of millions of years, the physical alteration will be effectively permanent. Some species (like the hard-to-classify sea anemone below) rely on the nodules as anchor points in an otherwise featureless abyssal plain. 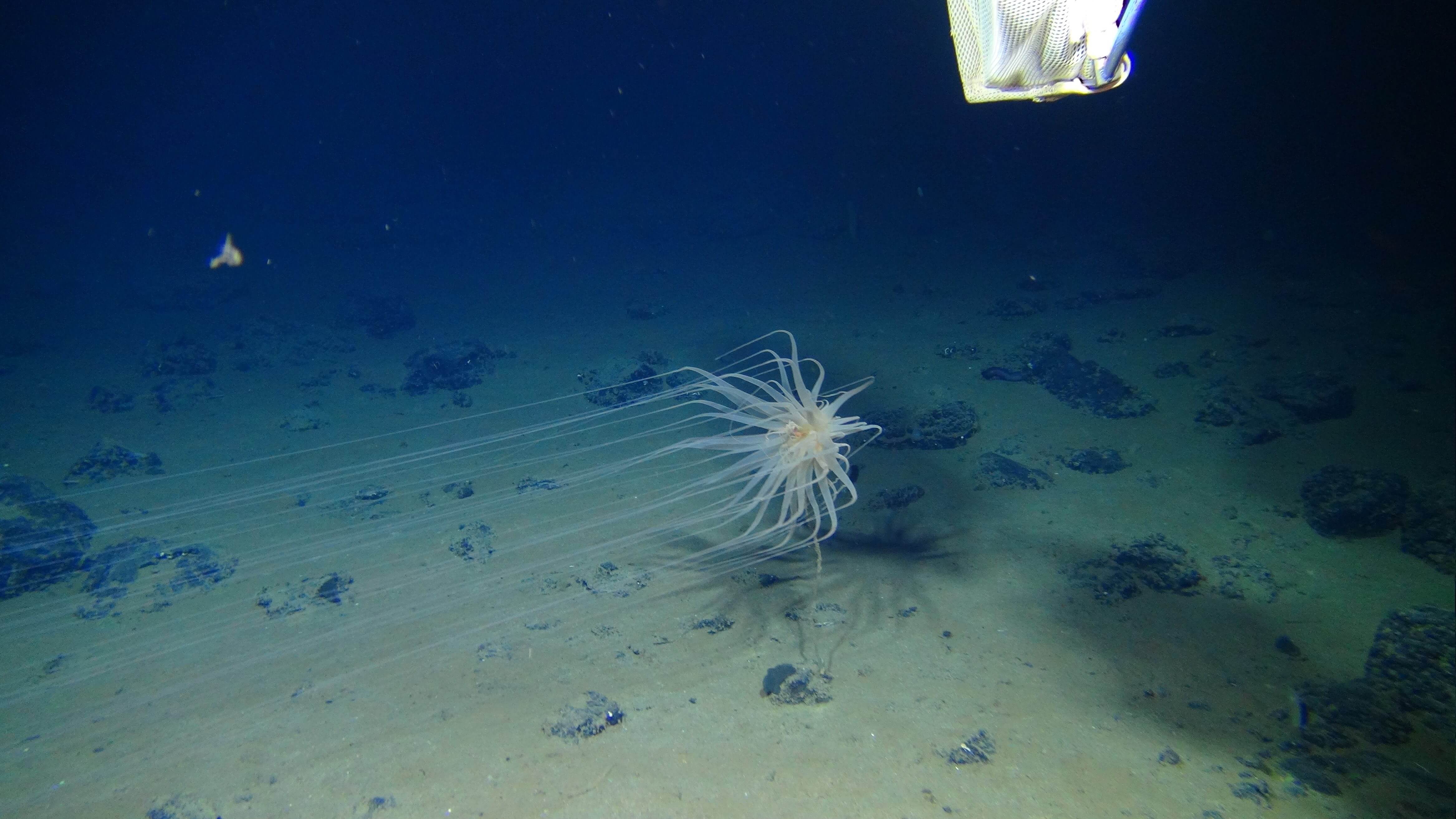 A new and unique giant sea anemone which lives on sponge stalks attached to nodules in the Clarion Clipperton Zone. Image courtesy of Craig Smith and Diva Amon, ABYSSLINE Project.

BMW, Volvo, Samsung and Google have already pledged not to source metals from deep-sea mining, and Forrest has added Fortescue to the list of objectors. He compared the regulations that his mining company has to meet on land to the regulations in place for the international seabed, and suggested that the latter need strengthening.

"If regulators can't apply exactly the same whole-of-ecosystem studies, including flora, fauna, terrain and unintended consequence and the same or higher standards, as we do on land, then the seabed shouldn't be mined," Forrest said Tuesday.