For the 25th time in her long career, the Polar Star - the United States’ only heavy icebreaker - has departed for Antarctica to carry out the resupply mission for McMurdo Station, America's primary research outpost on the continent.

Polar Star got under way from her home port of Seattle on Saturday, carrying a crew of 159 coastguardsmen. Each year, the Polar Star's crew breaks through heavy ice - sometimes up to 21 feet thick - to make a channel for fuel and supply ships to reach McMurdo Station, the largest Antarctic station and the logistics hub of the National Science Foundation's U.S. Antarctic Program.

"Maintaining and operating a 45-year-old ship in the harshest environment on the planet makes for arduous duty, but the women and men aboard Polar Star are committed to our important mission," said Capt. William Woityra, Polar Star’s commanding officer. "The team is excited for this once-in-a-lifetime opportunity to visit a part of the world that most will never get to see." 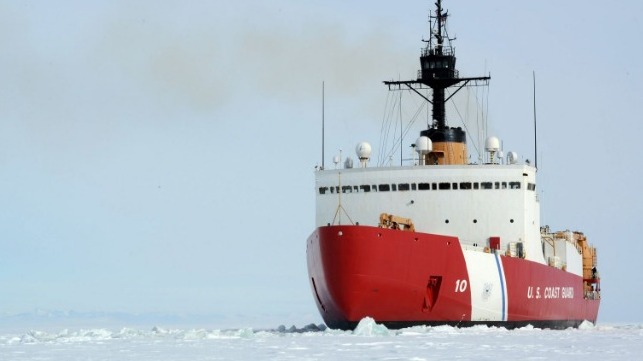 Polar Star has been America's only heavy icebreaker since her sister ship Polar Sea was deactivated in 2010. She is a complex and powerful vessel, with three gas turbine engines and six diesel-electric generators producing a combined thrust of about 90,000 horsepower. However, her Cold War-era systems are increasingly difficult to maintain, especially in the extreme environment of polar icebreaking. Her upkeep requires a months-long shipyard period every year, and she often suffers breakdowns under way.

On her 2019 voyage, Polar Star developed a shaft leak while icebreaking, requiring divers to go down and repair the seal. In addition, one of her switchboards was damaged by an overheated circuit, one of her evaporators went down and her incinerator room caught fire. In 2018, one of her three gas engines shut down due to a programming fault in the aging electronic control system, and the engine room suffered flooding due to another shaft seal failure. In 2016, she broke a thrust bearing bracket while under way, forcing the crew to halt for 36 hours while two engineers made careful welding repairs.

With long-awaited support from Congress, the U.S. Coast Guard is recapitalizing its polar icebreaker fleet, and the first of its new "polar security cutters" is due for delivery in 2024. In the interim, Polar Star is still America's only heavy icebreaker, and its only asset capable of reaching McMurdo Station by sea.

"It’s vitally important that the U.S. maintains its leadership role in Antarctica," said Vice Adm. Michael F. McAllister, commander Coast Guard Pacific Area. "We are proud to support a 60-year legacy of peaceful international cooperation for science and preservation of the pristine Antarctic environment and we will continue to ensure adherence to rules-based order into the future."