Large ocean-going cruise ships took their first tentative steps to resume service. Cruises departed this weekend aboard ships sailing from Germany and Taiwan marking the start of the first new cruises on large ships in over four months. Additional large cruise ships are expected to return to service in the coming days.

The first large cruise ship to sail was the Mein Schiff 2, which is operated by TUI Cruises a partnership between TUI and the Royal Caribbean Group. The 111,554 gross ton cruise ship sailed from Hamburg, Germany on July 24 for a three-day voyage in the Baltic that will return to Hamburg on July 27 without having stopped at any ports. TUI made available just over 1,700 berths, but reportedly the ship sailed with just over 1,200 passengers.

Two days later, on July 26, Genting Cruise Line’s Dream Cruises also returned to service with a four-day cruise aboard the 75,338 gross ton Explorer Dream sailing from Keelung,Taiwan. The cruise will remain entirely in local waters offering what Genting is calling Island Hopping Voyages that visit the Taiwanese islands of Peng Hu, Matsu Island, and Kinmen, as well as the port of Hualien located on the northeast coast of Taiwan. 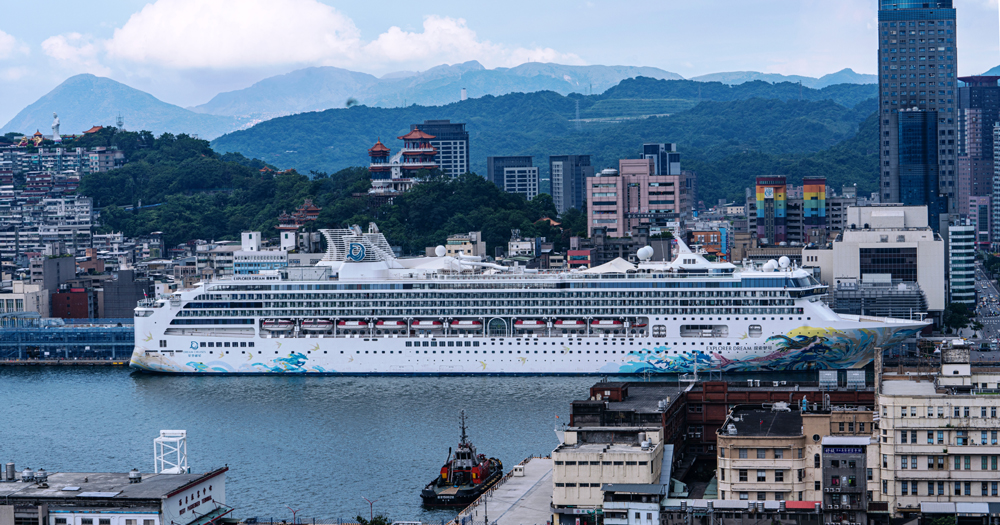 While the two cruise programs are operating in opposite parts of the globe, both cruise lines established similar restrictions. TUI’s Mein Schiff 2 normally accommodates 2,900 passengers but the line said it would be limiting capacity to 60 percent, only accepting bookings for cabins with balconies and suites. Onboard passengers are being encouraged to maintain social distancing, all food is being served as opposed to self-service buffets, and additional sanitation and health checks are being implemented.

Similarly, Genting also said it would limit capacity to between 1,200 and 1,800 passengers on the Explorer Dream, which normally carries up to 3,630 passengers. Dream Cruises reported that the initial cruise sold out two days after it began accepting bookings while the Taiwan media is reporting approximately 1,200 passengers were on board.

Both cruise lines also undertook extensive health protocols for the crew that is manning the ships. TUI’s crew underwent screening tests and a two-week isolation before the cruises began. Taiwan imposed stricter regulations with Dream Cruises agreeing to undertake several rounds of screening tests for the 588 crew members on the Explorer Dream. When the ship arrived in Keelung at the end of June, 538 crew members transferred to nine separate quarantine hotels for 14-days with weekly tests while the 50 crew remaining on the ship was tested and also isolated. The entire crew returned to the ship after testing negative for a further week of isolation and health protocol training.

Genting currently has 28 cruises scheduled through mid-October, while the Taiwanese officials said they would be observing the operation. Assuming that there are no increases in the virus numbers, Taiwan said it would consider permitting a second cruise ship in September and possibly lowering restrictions to permit international cruise ships to return to its ports for the first time since February 2020.

TUI plans to proceed with a phased resumption of cruise service. The Mein Schiff 1, had been scheduled to begin cruising from Kiel, Germany on July 31, but delays in returning the crew to the ship caused the first voyage to be rescheduled for August 3. TUI plans to restart 7-day cruises to Norway aboard both ships on August 7, although until the travel restrictions are further relaxed the ships will only cruise the Norwegian fjords. In September, TUI plans to resume operations of the Mein Schiff 3 with a 10-day cruise from Bremerhaven around the UK and Ireland along with cruises from German to the Baltic and Russia on Mein Schiff 4 and to Scandinavia on Mein Schiff 6. TUI is also showing itineraries for Mein Schiff Herz starting from Crete to Malta and Mein Schiff 5 from Malta to Trieste in September. 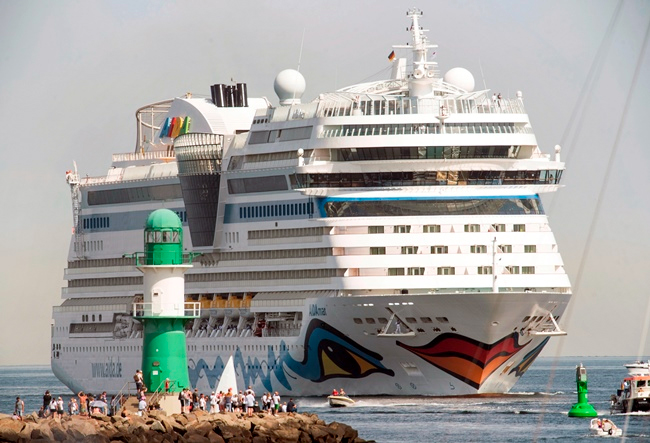 Also in Germany, Carnival Corporation’s AIDA Cruises is preparing for a resumption of service. In mid-July, AIDA moved its ships the AIDAmar and AIDAblu to Rostock, Germany along with its AIDAperla in Hamburg to begin preparations. Charter flights are being organized to bring the crew to the ships. AIDA plans to start cruising on August 5 with the AIDAperla from Hamburg, followed by the AIDAmar from Rostock-Warnemunde on August 12, and the AIDAblu from Kiel on August 16. A total of six three- and four-day sea cruises without ports are scheduled for August.

AIDA, however, had a setback last week when ten of the crew members, believed to be on a charter flight from Manila, tested positive for COVID-19. They were placed in quarantine with German health authorities reporting so far that nine are asymptomatic and one has minor symptoms. All of the other crew members are in isolation with preparations continuing for the cruises. AIDA’s crew will all be retested and planned trial cruises to sea without passengers have been postponed, but AIDA reports that it plans to begin cruising as announced.

The cruise industry will be closely watching these first cruises as a step to a broader resumption of operations.

[By Khang Vu] On 9 September, the US embassy in Hanoi published on Facebook a map of Vietnam on a poster to commemorate the 25th anniversary of US-Vietnam diplomatic relations. At first the map did not attract much attention, given both countries had celebrated the occasion on 11 July, the official date of the anniversary. Yet several days later, a small number of Vietnamese netizens recognised that the map included the disputed Paracel and Spratly islands in the South China Sea as a part...

Libyan warlord Khalifa Haftar has agreed to end his eight-month blockade on the oil terminal at Tobruk, allowing a tanker to enter the port and take on a load of crude oil.  In talks brokered by the Russian government last week, Haftar negotiated a deal with Ahmed Maiteeg, the deputy prime minister of the internationally-recognized Government of National Accord, which controls the western portion of Libya's coastline. Haftar controls the eastern half of the country and has waged a long-running...

Far from the world’s attention in the middle of the Bay of Bengal, a health emergency is unfolding for seafarers in the Andaman Islands. According to reports from the UK charity Sailor’s Society, as many as 300 seafarers may be ill with COVID-19, quarantined, and stranded without medical supplies. The danger of COVID-19 has been especially acute for the remote islands that are a union territory of India. The concern was especially high for the indigenous tribes. According to the...

Echoing Brexit warnings dating back to 2017, the UK government has issued a new "reasonable worst case scenario" for the transportation impact of completing the UK's exit from Europe without a free trade agreement. The UK formally left the EU in January, but its trade is still covered by a status-quo transition period until December 31. After that point, if Britain and Brussels do not reach an accord for a post-transition trade deal, new border controls "could lead to maximum queues of 7,000 port-bound...