Within weeks of the attack on Pearl Harbor during World War II, German U-boats began patrolling off the coast of North Carolina, sinking merchant ships and allied naval vessels with impunity. In 1942 alone, more than 80 ships were sunk, and over 1,600 men were lost.

NOAA and its research partners are now surveying, for the first time since they sank more than 70 years ago, the remains of two ships that were involved in a convoy battle off North Carolina during World War II.

In July 1942, the German submarine U-576 sank the freighter SS Bluefields during the battle of Convoy KS-520 off Cape Hatteras, N.C. The convoy and its U.S. military escorts fought back, sinking the U-boat with return fire from a U.S. Navy Armed Guard crew and an aerial depth charge attack.

The expedition is being led by NOAA and includes the Bureau of Ocean Energy Management, the National Centers for Coastal Ocean Science, the University of North Carolina Coastal Studies Institute, SRI International and 2G Robotics.

The goal of the project is not only to complete a detailed documentation of the U-576 and Bluefields battlefield, but to also to consider the feasibility of applying new technologies to the documentation of archaeological sites in similar environments.

Additionally, the Bureau of Ocean Energy Management is considering areas offshore North Carolina for commercial wind energy development. Identifying the location of the wrecks and studying their importance to American and global history will help the Bureau in protecting the sites during any offshore development. 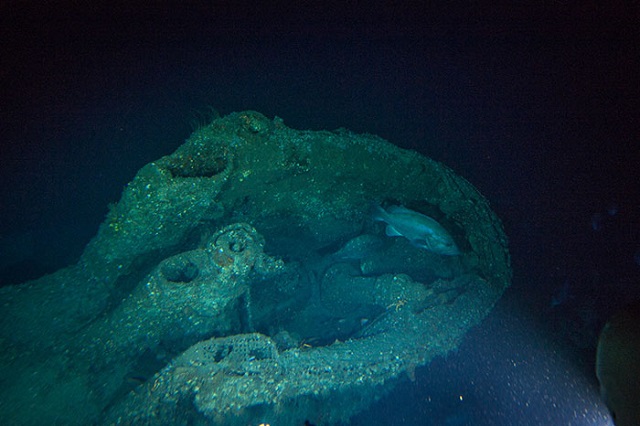 The conning tower of U-576 as viewed from the mini-sub. Entry was gained to the U-boat through a watertight hatch located in the center of the conning tower. The attack periscope can be seen in the near the back of the tower. Image courtesy of Joe Hoyt, NOAA - Battle of the Atlantic expedition. 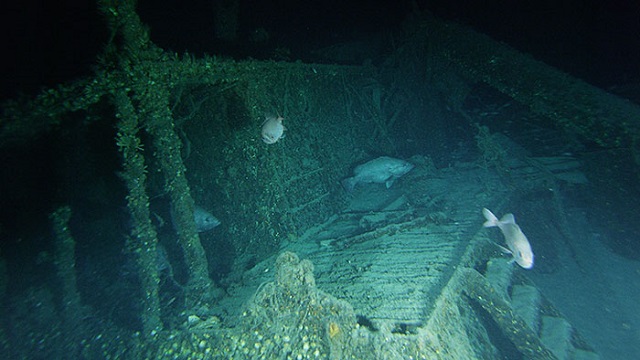 A video frame grab of the stern cabin of the SS Bluefields. Bluefields is very intact and rests in 730 feet of water, only 600 feet from U-576. Image courtesy of John McCord, UNC Coastal Studies Institute - Battle of the Atlantic expedition. 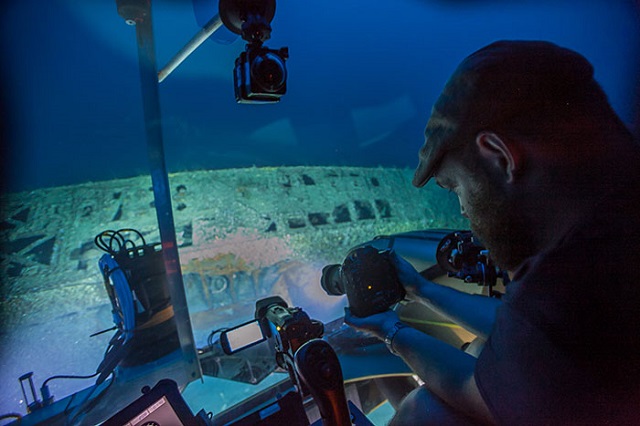 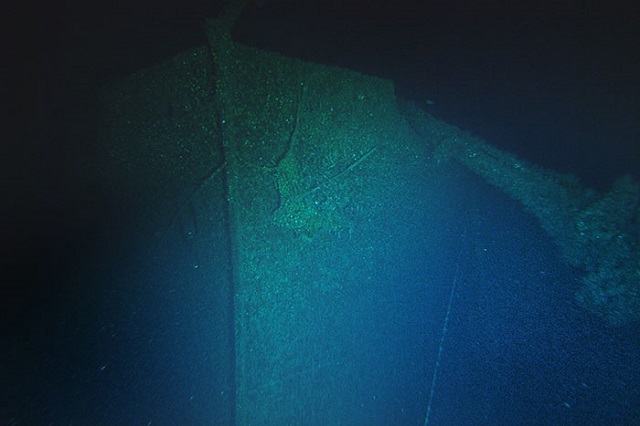 A video frame grab of the bow of the SS Bluefields. The collapsed forward deck crane hangs off the bow of the Bluefields. An anchor can be seen hanging in place in the hawse pipe. Image courtesy of John McCord, UNC Coastal Studies Institute - Battle of the Atlantic expedition. 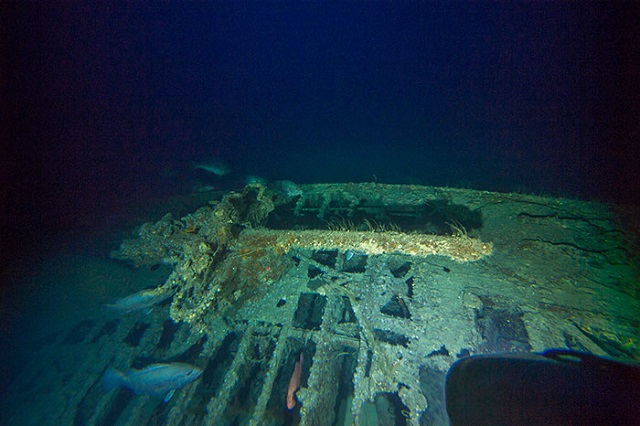 The 88mm deck gun of the U-576 was used for surface engagements and could fire a variety of shells from the watertight ready-ammunition locker which can be found forward of the gun on the port side. Image courtesy of Joe Hoyt, NOAA - Battle of the Atlantic expedition. 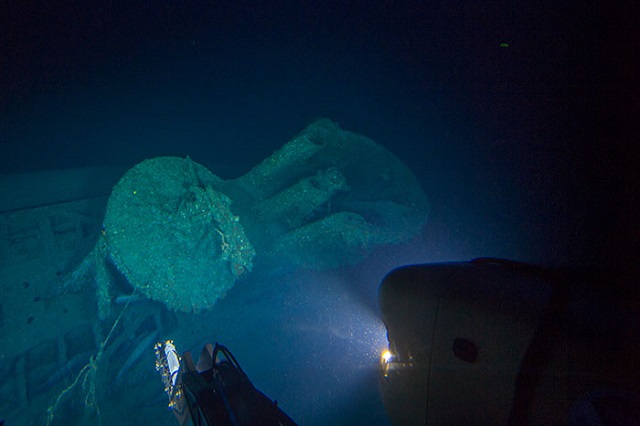 The aft section of the U-576's conning tower, also known as the wintergarten, which served as a platform for the 20mm anti-aircraft flak gun. Image courtesy of Joe Hoyt, NOAA - Battle of the Atlantic expedition.