Believed to be the oldest surviving example of a Scottish coastal steamer, an effort is getting underway to raise funds for the restoration of the 1872-built Kyles. According to the Scottish Maritime Museum, which has owned the vessel since 1984, she represents a key time in maritime history as the shipbuilders along Scotland’s River Clyde began to embrace steam power.

The Kyles, which is now moored on the west coast of Scotland near Glasgow at the Scottish Maritime Museum’s main site, will reach her 150th birthday in 2022. After a long, hard working life, being adapted for different roles by 24 owners, the museum’s goal is to complete essential repairs to preserve the Kyles, repaint the vessel inside and out, and restore the cabins to how they would have looked when she was a working vessel.

“At 148 years, Kyles is older than the Falls of Clyde, tall ship Glenlee and the Sir Walter Scott,” explains Matthew Bellhouse Moran, Curator at the Scottish Maritime Museum. “A mark of the magic of Kyles is that, unusually for a vessel, it has retained the same name despite such a long and varied working life. She has survived such a long and hard working life by being continually adapted for different uses as a multitude of owners moved it around the UK.” 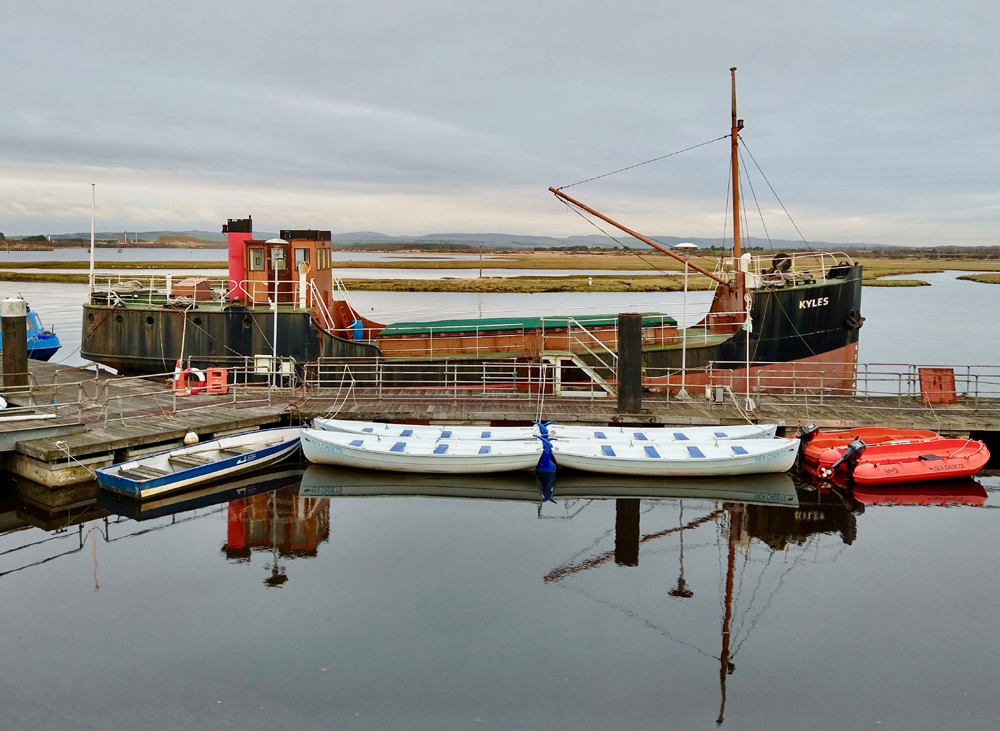 Launched in 1872 by at the Merksworth yard of John Fullerton and Co., the Kyles was a basic steam-engine cargo coaster, representative of those built by the smaller yards of the Clyde. Typical of the era, she was built with an iron and steel hull, much of which is in original condition, and a steel deck.

Coastal traders provided an essential service before land transport became dominant and there was no standard design of cargo coaster, with ships often being modified to suit a specific role, the museum explains. The Kyles was used for the first nine years of her life as a tender for the fishing fleet, collecting the catch from the Clyde fishing boats and transporting the fish to railheads on the coast. A succession of owners followed with her being used to carry heavy and general cargoes on short coastal voyages in Scotland, Newcastle upon Tyne, and the South Wales area.

The first major changes in her structure came in 1921 when she was converted to work as a sand dredger in the Bristol Channel. By the start of WWII, the Kyles was out of service and de-registered. She was sold to a ship repairer who returned her to service as a cargo ship and in 1953 she was converted from steam to a diesel engine. In 1960, the Kyles was structurally altered again, this time to enable her to function as a sludge tanker for dumping industrial waste, but later used as a storage hulk for waste, which she continued to do until 1974. 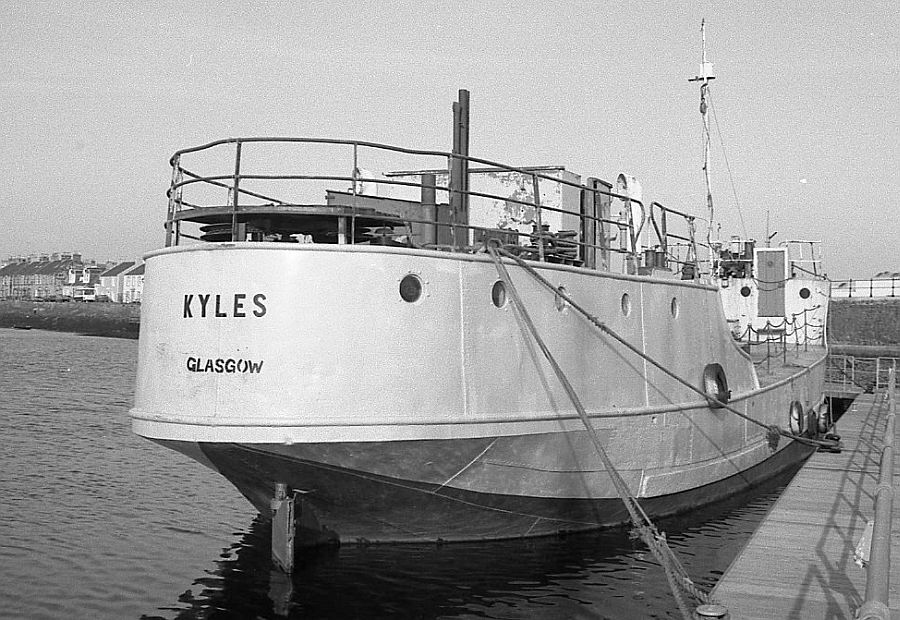 Kyles in the 1980s after she reached the maritime museum

In 1984, the Scottish Maritime Museum became the 24th registered owner of the Kyles. Work began in 1997 to strip out the sludge tanks, reinstate the original hatch and hatch cover, and replicate the mast and derrick. The wheelhouse, which had been removed in the 1970s, was replicated with help from old photographs of the vessel. Currently, most of the upper works date from major restorations in 1945 and 1998.

“If we are to ensure Kyles survives another 150 years, we need to repair and adapt it once again,” said Moran. “With support, as well as repairs, we can take the cabins back to how they looked when Kyles was a working vessel and bring to life the many stories of this old iron-hulled coaster.”

Recognized as one of Britain’s most important historic vessels, the Kyles is included on the Designated vessels list of the National Historic Ships Committee. The Scottish Maritime Museum hopes to raise approximately $20,000 to enable the Scottish Boat Building School and curatorial teams to undertake essential repairs.

Additional information about the Kyles and the restoration efforts can be found on the Scottish Maritime Museum’s webpage.

Current views of the Kyles 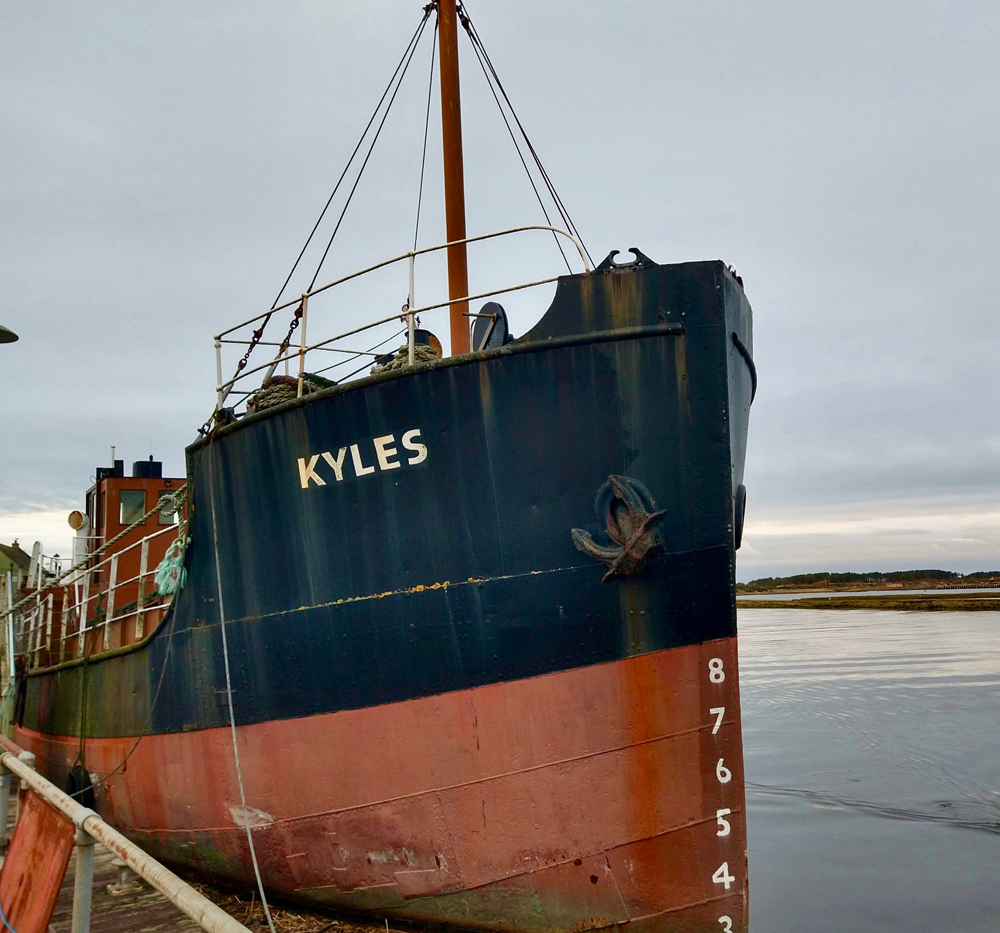 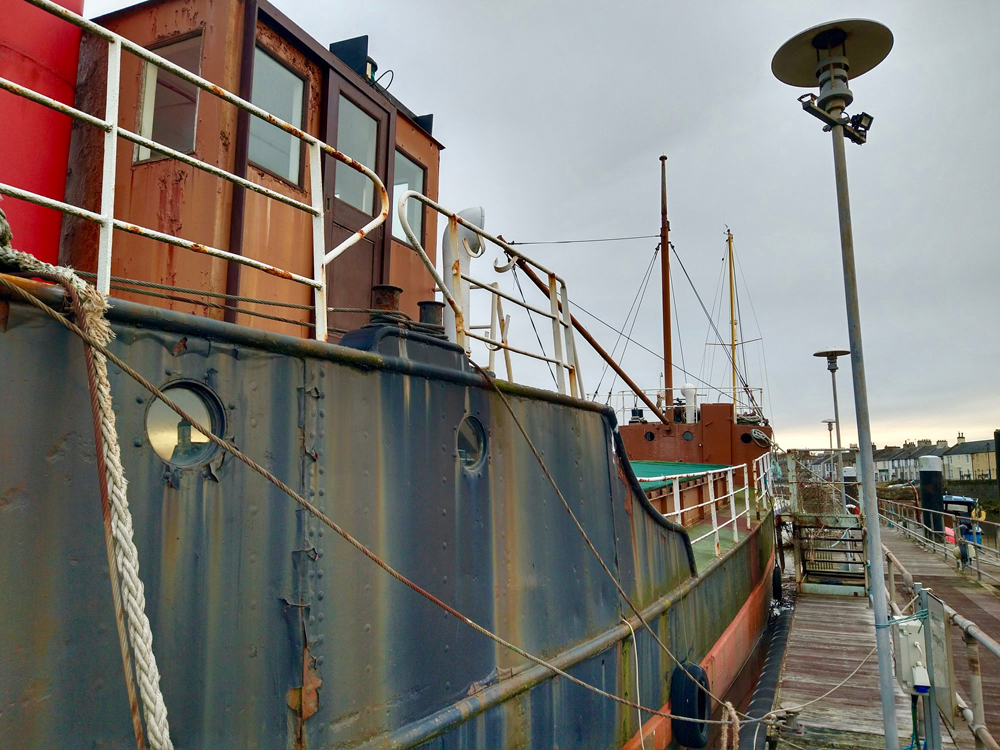 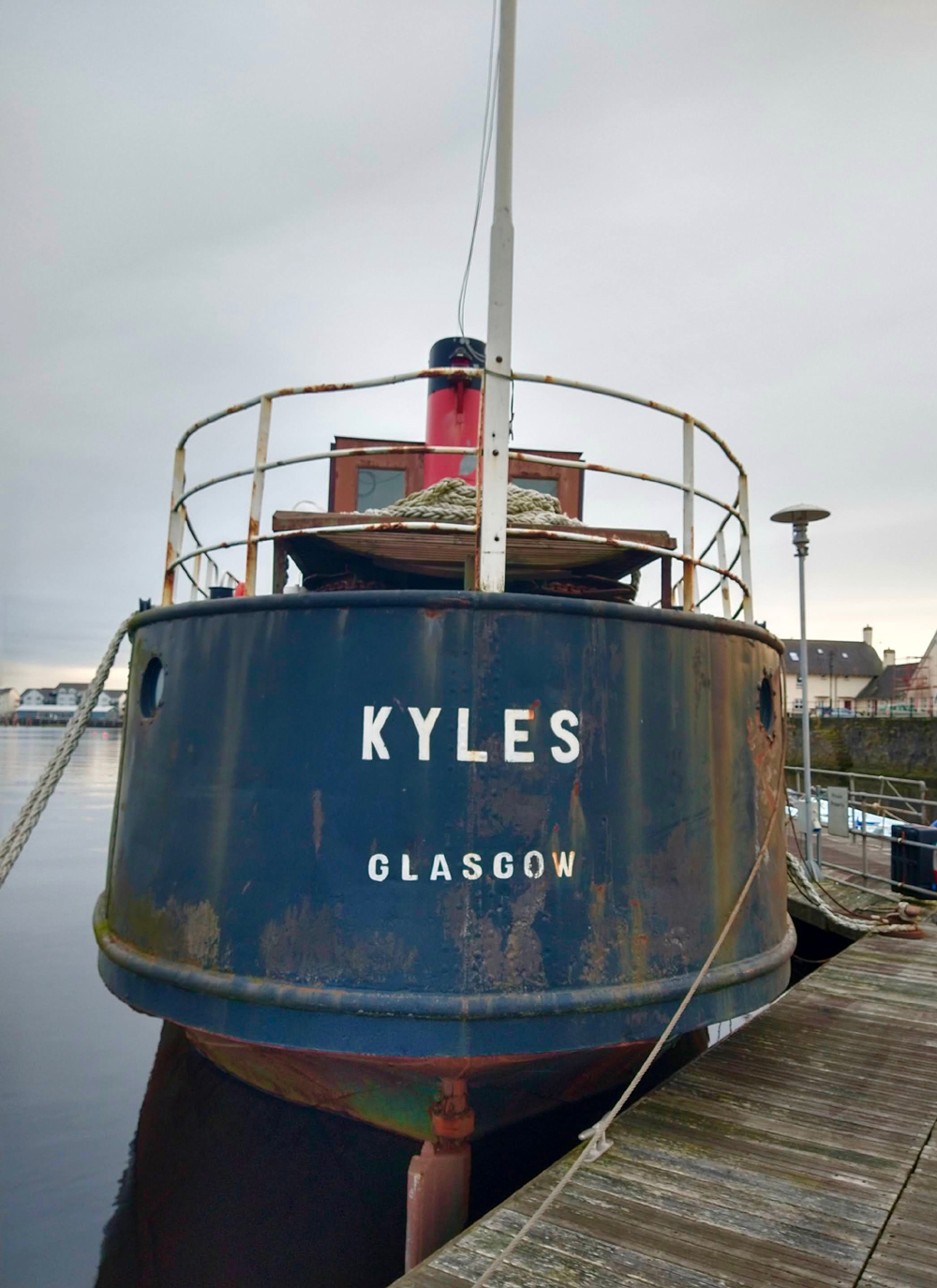 All photos courtesy of the Scottish Maritime Museum