Coast Guard Sector Corpus Christi was notified at 0812 hours of eyewitness reports of a fire in the Port of Corpus Christi. An MH-65 Dolphin helicopter crew was dispatched to the scene, and they hoisted two injured crewmembers and transferred them to Corpus Christi Medical Center. They have been transported onwards to Brooke Army Medical Center's burn unit in San Antonio, according to local KRIS 6 TV news. 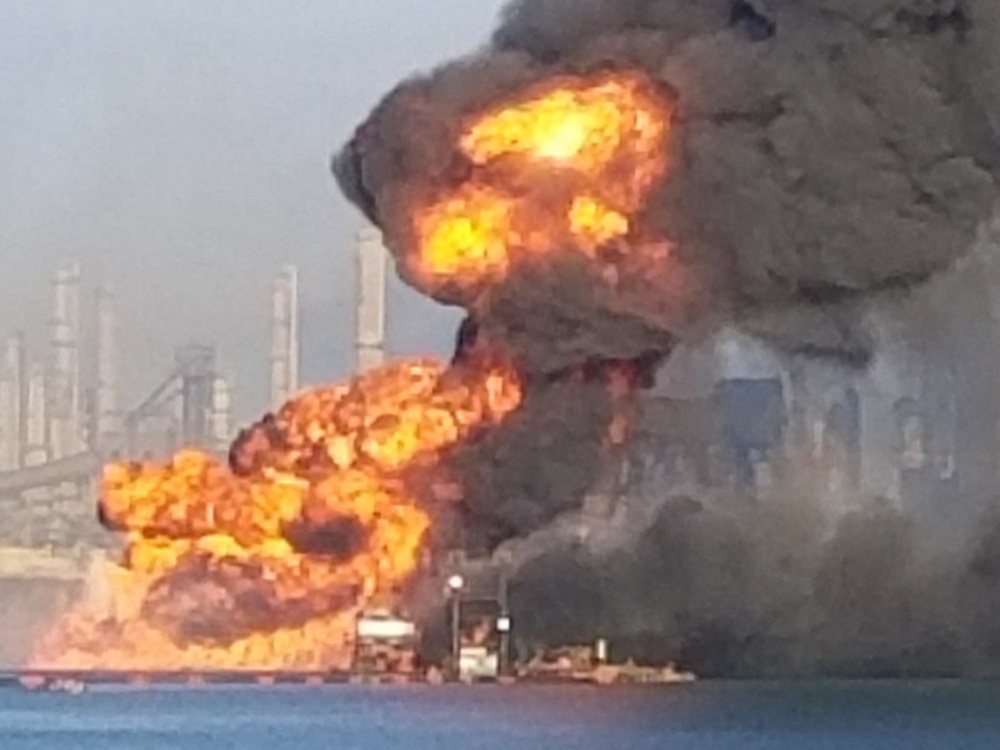 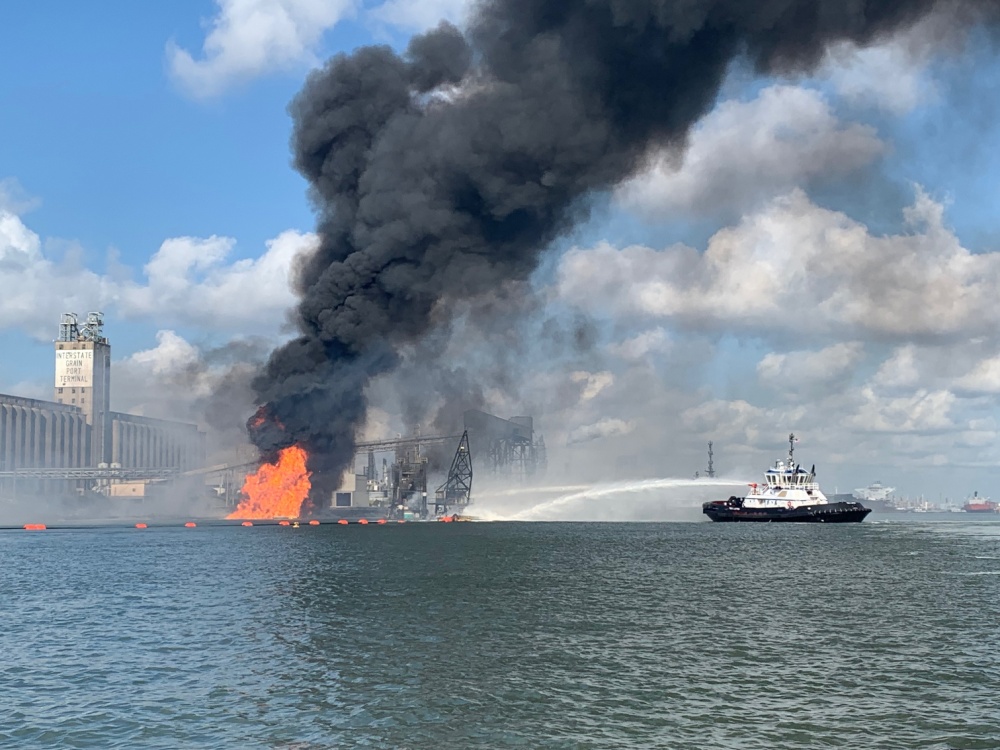 "The State of Texas is working closely with local partners in Corpus Christi as well as the Coast Guard to assist with emergency response efforts following the explosion. Texas Division of Emergency Management and Texas Department of Public Safety personnel are already on the ground to provide support, and the Texas Commission on Environmental Quality is monitoring air quality in the area," said the governor. "The state stands ready to provide any additional personnel and resources needed to address this event and keep Texans in the area safe."

As a precautionary measure, Corpus Christi's inner harbor was temporarily closed from the Harbor Bridge inward.